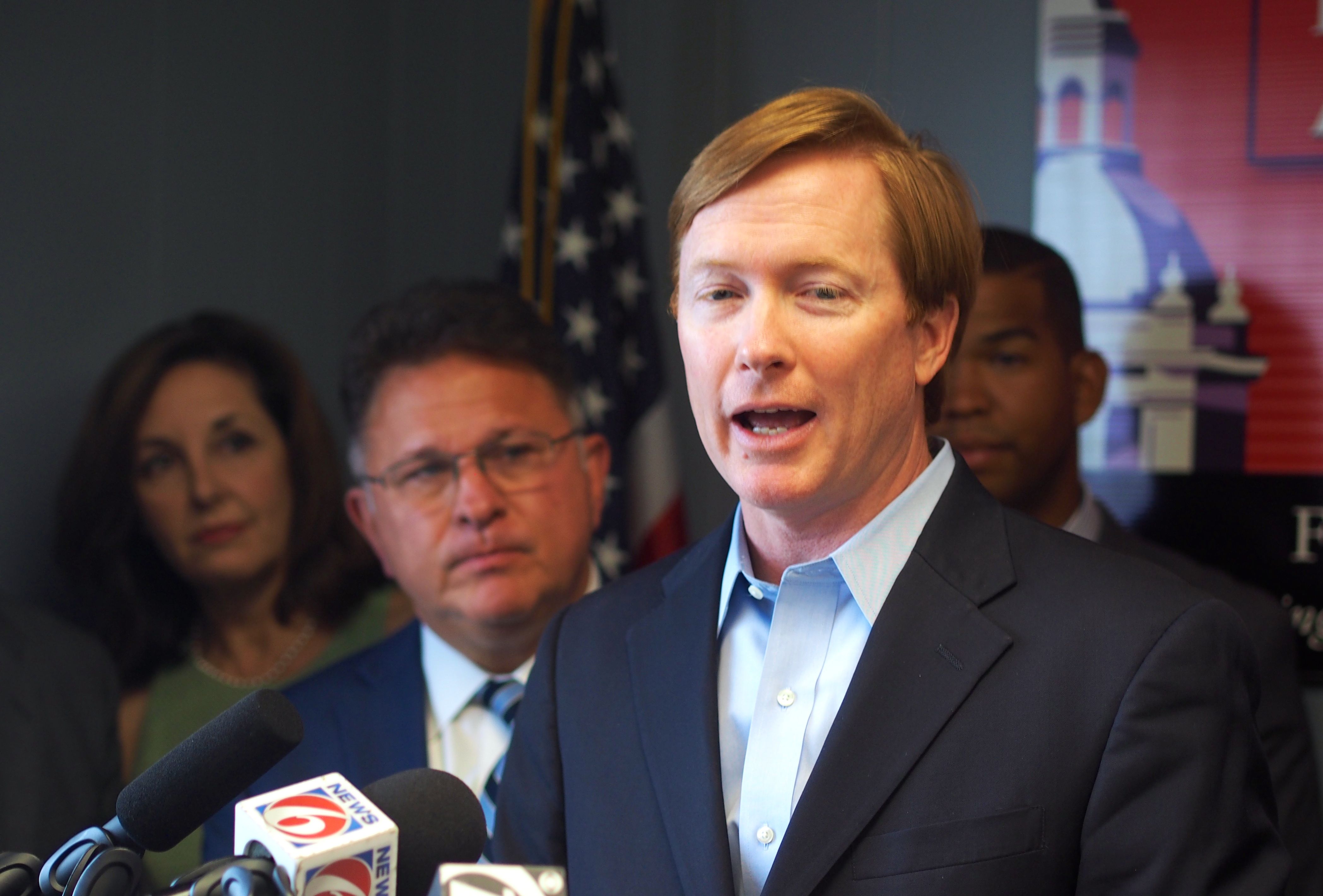 Kottkamp, who was former Gov. Charlie Crist’s No. 2, and his wife, Cyndie, are hosting the fundraiser at their North Fort Myers home. The reception is set to get underway at 5:30 p.m.

The event invite sets the minimum suggested contribution at $500, while those looking to join the host committee will need to pony up $2,500. Those looking to attend can let the Putnam campaign know by contacting Meredith O’Rourke via Meredith@AdamPutnam.com or 561-818-6064.

Putnam, currently in his second term as Agriculture Commissioner, was the first-in Republican in the race to succeed term-limited Gov. Rick Scott.

To-date, the Bartow Republican has raised nearly $34 million between his campaign and political committee, Florida Grown PC. He had more than $15.75 million banked as of June 29. That puts him far ahead of all other candidates for Governor, including U.S. Rep. Ron DeSantis, his only major primary challenger.

DeSantis, who has the support of President Donald Trump, has raised about $12.5 million including money transferred in from his now-defunct re-election campaign for Florida’s 6th Congressional District. He had $6.93 million at the ready on June 29. 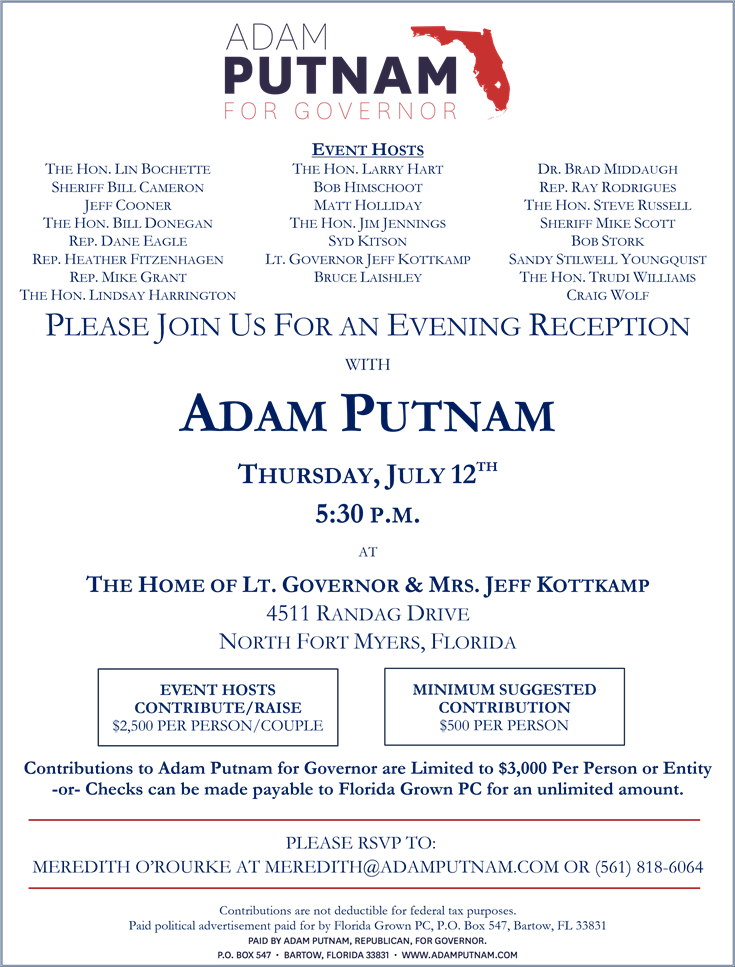