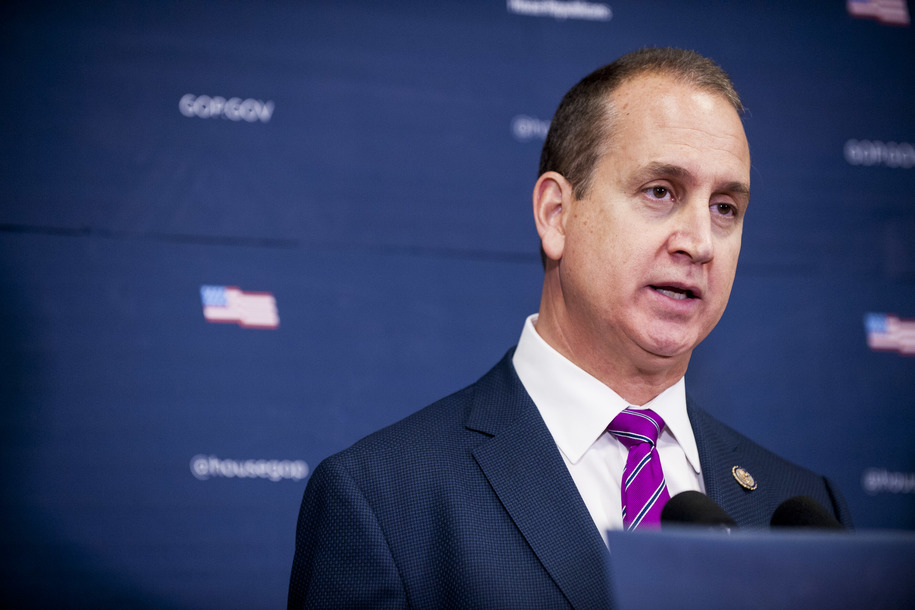 But the last few days indicate that won’t be the case in 2018.

It also seems clear that Diaz-Balart’s been caught flat-footed by his new(ish) opponent, former judge Mary Barzee Flores, who exited the Donna Shalala-dominated CD 27 Democratic primary on the last day of qualifying to instead take on Diaz-Balart.

To wit, in his first fundraising quarter with Flores in the race, Diaz-Balart – an 8-term congressman with plum committee assignments – barely bested his new opponent. Mario put up a respectable $508K haul for the period, but Flores was nipping at his heels with over $450K raised by her campaign.

Sure, he’s got roughly a million bucks more on-hand than Flores, but considering his incumbency, seniority and longevity in Miami, his numbers just don’t seem impressive. And if you dig deeper, they become less so.

First, Diaz-Balart has essentially zero small donors to his campaign. His latest FEC report lists a mere $850 in “unitemized” contributions under $200. Flores literally outraised him in this category by a factor of over 100-to-1, pulling in roughly $86,000 in grassroots donations during the same period.

Now, this isn’t necessarily a metric that translates to votes, but it is a significant funding source that Flores can repeatedly tap between now and November, while Diaz-Balart mostly relies on max-out donations from wealthy individuals and corporate PACs.

Speaking of corporate PACs, Diaz-Balart has really cleaned up with them. Over $250,000 – almost half his total – came from the PACs of big companies, and their trade associations. PAC or person, the money spends the same, no doubt, but this kind of fundraising is increasingly becoming a political liability for politicians. Liberal, conservative and especially, independent-minded voters, associate PAC donations with a corrupt political establishment. The “swamp” in our current parlance.

If the mere idea of PAC dollars carries some political downside in a competitive race, the particulars of Diaz-Balart’s haul are even worse.

Indian casinos in Alabama and Oklahoma, defense contractors, and dozens of similar avatars of corporate greed are listed throughout his report.

Oh, and despite the obvious (obvious!) political implications in the Hispanic-heavy, moderate, 25th District, Mario even took a $1000 from the NRA’s “political victory fund.”

Putting aside the money, let’s talk for a moment about Diaz-Balart’s first ad, released this morning in POLITICO Florida Playbook.

To begin with, it’s a personal attack on Barzee Flores and not a very strong, or easy to understand one, at that. After three decades in office and nearly two decades in Congress, what does it say about your record when your campaign’s initial communication to voters doesn’t, well, mention your record?

I thought it was ill-advised when (now retiring) U.S. Rep. Illeana Ros-Lehtinen employed a similar strategy in her 2016 campaign against Scott Fuhrman – but it made far more sense than it does here. It was much closer to the election, and Fuhrman had horrific negatives (DUIs, fleeing the scene of an accident) that made for great, vicious, effective attack ads.

With $1.6 million on hand, a spectacular, baked-in advantage of name I.D., not to mention Republican registration in the district, why even acknowledge Flores at all?

And what the heck is this ad even about?

I’ve watched it a few times and here’s what I can gather:

– Flores tweeted something at some point about Trump pulling out of the Iran deal.
– Flores’ husband and brother run a criminal defense firm in Miami.
– Flores is a terrorist.

If my summation didn’t make sense, don’t watch the ad, you’ll be even further confused.

But what’s most confusing and confounding to me, is why Diaz-Balart didn’t lead with something gauzy, hyperlocal and nonpartisan, like the $1.5 million of ads he did the last cycle to defeat a Democratic opponent with less than $40,000?

Going back to what I mentioned a few paragraphs previous, Flores has a broad base of small, online donors. This type of ad hominem, personal attack is precisely the sort of thing that inflames the grassroots to click “donate.”

In fact, I’d be shocked if her campaign hasn’t already rung that bell by the time this story publishes.

If Diaz-Balart actually puts money behind this ad on television, he erodes two of his biggest strengths — cash-on-hand and name I.D. — by putting Flores front and center and giving her grassroots apparatus a shot in the arm to send out a million urgent email appeals for donations and volunteers.

Finally, Mario Diaz-Balart should pay heed to what’s been happening on the ground in his home base, and most prominent portion of District 25, Miami-Dade County. As The New York Times’ Patricia Mazzei pointed out in her excellent, recent analysis of political trends in Miami, not only have Cuban Republicans been losing elections of late that would have been unthinkable a couple of years ago, but Cuban Republicans from dynasty families (Diaz de la Portilla, Bruno Barreiro, Tomás Regalado) have been particular losers.

One can’t help but think that Mario’s older, better looking, more talented brother, former congressman Lincoln Diaz-Balart wouldn’t be in this predicament in the first place. But Mario isn’t Lincoln.