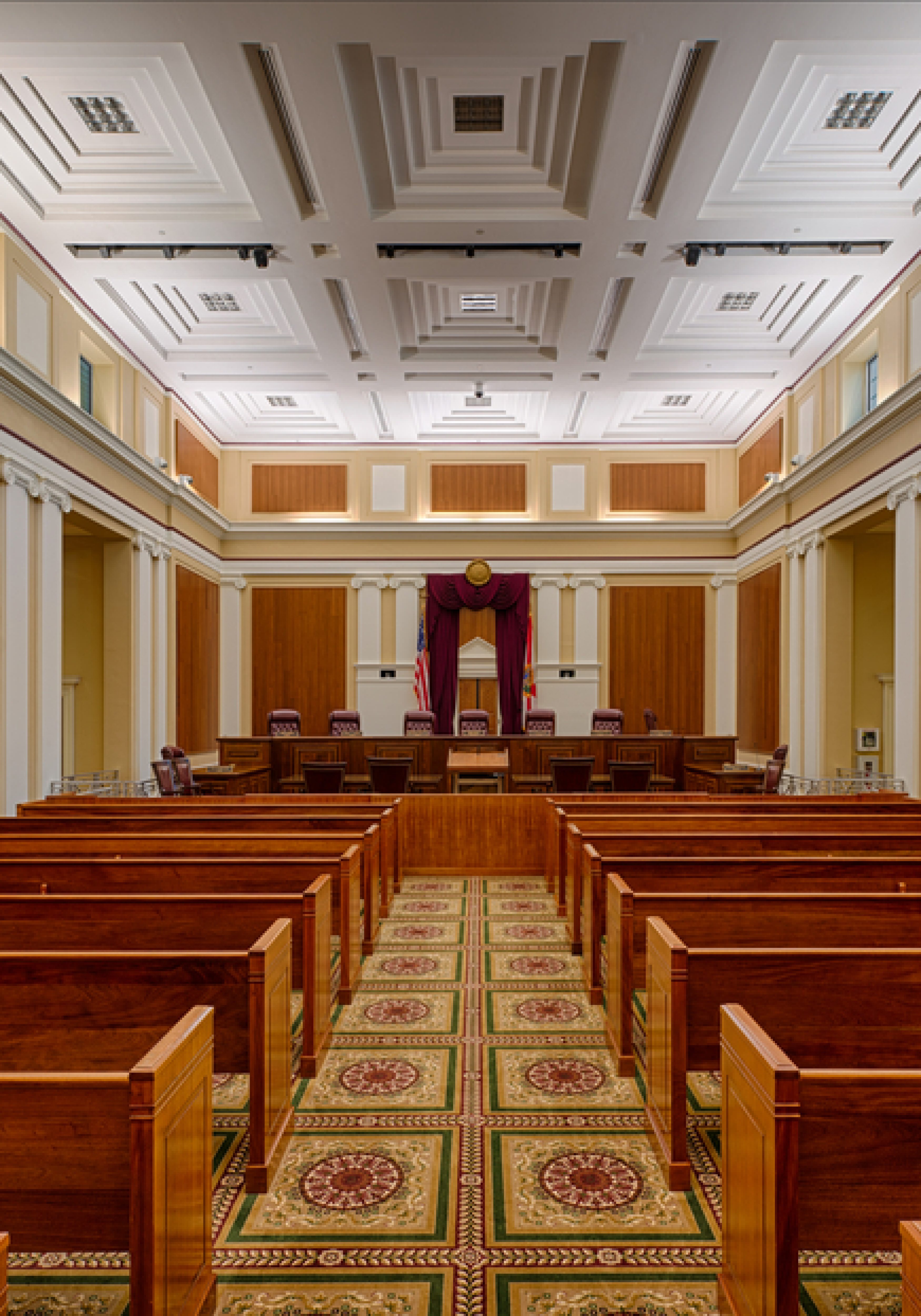 They also underscore that the amendment process counts on voters to be reasonably well-informed about our constitutional system — especially given the strict word limits on the ballot title and summary language at issue.

“Voters have the common sense to understand that criminal and juvenile procedure are the subject of statutes and procedural rules, and the state Constitution will supersede any conflicting statute or rule,” the brief, filed Thursday over Attorney General Pam Bondi’s signature, reads.

“Indeed, requiring disclosure of every form of sub-constitutional law that an amendment might abrogate would not only be unnecessary but also would place an inordinately high burden on the drafters of ballot summaries by making it impossible to comply with the 75-word limit,” the brief says.

The limit for ballot titles is 15 words.

The document, reiterating many of the arguments offered earlier by attorneys for Marsy’s Law for Florida, a victim’s rights organization also defending the proposed amendment, attempts to refute Tallahassee Circuit Judge Karen Gievers, who ordered the amendment off the Nov. 6 ballot last week on the ground the title and ballot summary to be placed before voters were misleading.

The proposal would raise judges’ mandatory retirement age from 70 to 75 and reduce the deference they must give to agencies’ interpretation of their regulations.

The measure, also known as “Marsy’s Law,” after a California crime victim, also would enshrine a raft of victims’ rights, including to proceedings “free of unreasonable delay” — in addition to the existing rights to “be informed,” “be present,” and “be heard.”

The government brief calls the constitutional amendment process “the most sanctified area in which a court can exercise power,” and underscores the high bar set by the justices’ own legal precedents for intervening.

“Under the Florida Constitution, ‘sovereignty resides in the people, and the electors have a right to approve or reject a proposed amendment to the organic law of the state, limited only by those instances where there is an entire failure to comply with a plain and essential requirement of the organic law in proposing the amendment,’” It says.

“If ‘any reasonable theory’ can support an amendment’s placement on the ballot, it should be upheld.”

Gievers wrote that the title and summary do not make clear that the revision would eliminate some rights for criminal defendants. Neither, she added, does it “tell voters that years of settled law and provisions that comprise the criminal justice system and the juvenile justice system will be significantly changed.”

The government argued that the “chief purpose” of the amendment is indeed clear — “to create new rights for victims, not to repeal those currently set forth in (the Constitution), nor to significantly change the criminal justice and juvenile justice systems. The ballot summary accurately discloses the chief purpose related to victims’ rights.”

“A need for expeditious justice is associated with victims and falls within the range of victims’ rights that a voter would reasonably expect to be included in Revision 6. A voter with common sense would easily surmise that the conclusion of judicial proceedings at the trial level or on appeal without unnecessary delay would bring closure to crime victims, and it is within the scope of victims’ rights created in (Amendment) 6.”

As for the rights of defendants, they “would not be altered or infringed by Revision 6. Nor could they,” the brief argues.

“The same rights of the accused which are guaranteed in Article 1, Section 16(a) of the Florida Constitution are also protected by the Sixth Amendment to the U.S. Constitution. … A state constitution need not explicitly state that its provisions do not supersede federal constitutional requirements, as they cannot do so.”

In another development, the justices accepted a petition from The Florida Public Defender Association, the Florida Association of Criminal Defense Lawyers, and the Innocence Project of Florida for permission to file a friend-of-the-court brief in support of the amendment’s critics.