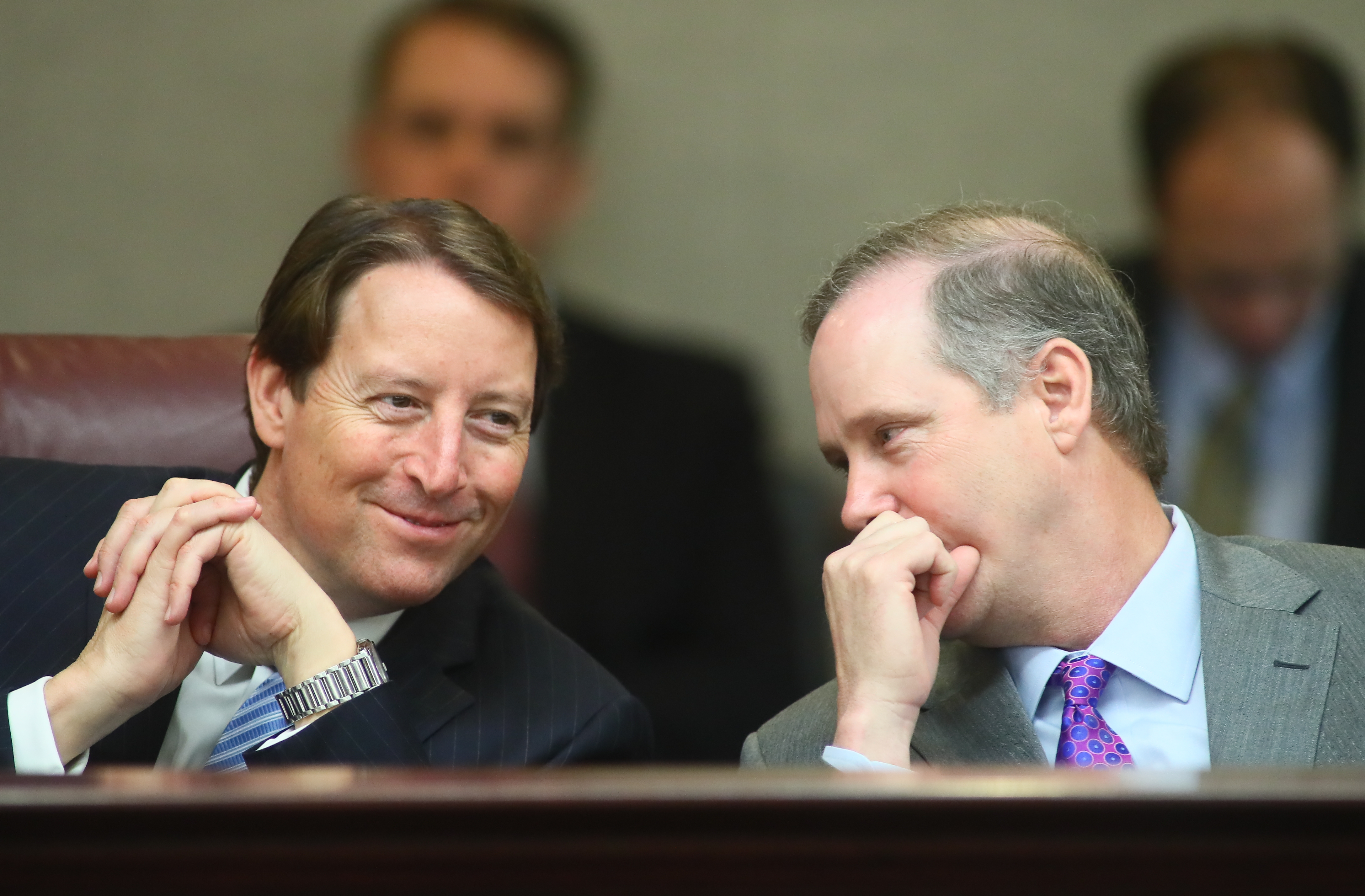 Galvano describes the outlook as “steady and consistent with prior budget and economic snapshots” from recent years, with “modest surpluses in the current and upcoming fiscal year, followed by shortfalls in the out-years that would need to be addressed.”

Keeping taxes low, bolstering reserves, and retiring debt: all priorities for Galvano. And the Long-Range Financial Outlook — a collaboration of the Legislature’s Office of Economic and Demographic Research (EDR), the Senate Committee on Appropriations, and the House Appropriations Committee — speaks to the provenance of that approach.

Revenues are expected to grow by 3.3 percent (just over $1 billion) this fiscal year, a trend the forecast assumes will hold through FY 23-24.

Reserve levels, as Galvano noted, are healthy, with the budget stabilization fund to have an extra $1.483 billion added to it as part of $3.5 billion of reserves total for FY 18-19.

The outlook does not address what would happen to that funding should the new construction boom go bust.

Another source of reliance for the forecast: Indian Gaming Revenues. These average slightly less than $343 million per year over the Outlook period, and a dip in those revenues could force budgetary quandries.

And of course, there are risks, including hurricanes.

“Contrary to the oft-repeated myth that government makes money during hurricanes, state government typically has expenditures greater than the incremental increase in the revenue estimate and becomes a net loser when all expenditures are taken into account,” the report warns.

With recent storms, the slow pace of federal reimbursement via FEMA takes a toll. Florida has only gotten back $69.6 million of the over $350 million spent during Irma (the expectation is to eventually get over $313 million back).

“At this point, it appears clear that the state will spend far more on the preparations for and recovery from Irma than it generates in revenues, easily topping the $203.3 million net loss seen in 2005,” the report cautions.

While there is confidence in the state’s insurers’ ability to handle another severe storm, with a $6.4 billion cash surplus for Citizens Insurance, access to credit could, at least theoretically, impact the future of the insurance program.

“Though the FHCF and Citizens serve significant roles in Florida’s property insurance market, their ultimate dependence on public assessments and access to credit markets may expose the state to a much greater potential financial liability for hurricane-related costs,” the report notes.

Other potential issues: cuts in Medicaid Disproportionate Share Hospital (DSH) payments, a consequence of Florida not expanding Medicaid; and a $732 million unfunded liability in PECO funding.

Despite these potential complicating factors, the analysis on the whole is optimistic, putting the forecast period in a phase the writers call a “Return to Normalcy” that started in FY 16-17 and seemingly will continue onward until aberrations surface.

Personal income is expected to grow 4.5 percent a year for the next four fiscal years, though in terms of real per capita bounce, that will equal one percent per annum. And there’s room to move: Florida’s average wages are just 88 percent of the national average, continuing a long-term laggard trend.

There is room for growth also, especially in the construction sector, where new housing starts are described as “subpar” compared to the froth of last decade’s housing boom. Home ownership, at 64.1 percent, is the lowest in 35 years.

The aging population of the state (by 2030, nearly 25 percent of all residents will be 65 and over) also presents challenges.

“Florida will need to prepare for a more diverse and aging population with its corresponding demands on services.
The changes related to the aging population will have vastly different effects over time, with the positive benefits coming early and the challenges developing over time,” the report contends.

Among those challenges: a smaller labor force for service sector jobs, which will hike wages but slow growth, and increased costs for state services.