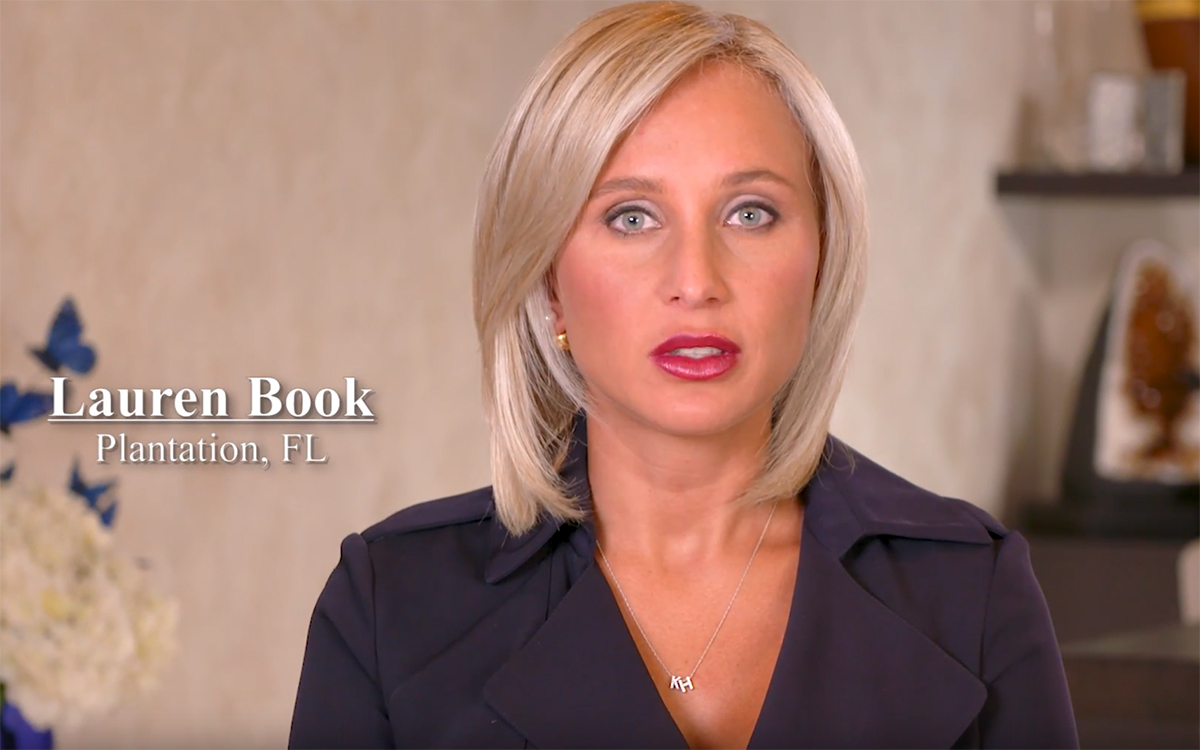 In the 30-second ad, Book describes the court system from her perspective as a sexual assault survivor and asks viewers to vote for the measure, also known as “Marsy’s Law.”

“I’m a survivor of childhood sexual assault from the time I was 10 until I was 16. Every. Single. Day,” Book says in the ad. “The court process was difficult and painful. It can completely destroy a victim. You’re not informed of court dates, denied the chance to tell your story, and the person that did this to you has stronger rights than you.

“The scales of justice in Florida are not balanced. It’s time for equal rights. Please, vote yes on Amendment 6,” she concludes.

The ad was paid for by Marsy’s Law for Florida, the main political committee backing the amendment. Recent filings posted on the Federal Communications Commission website show the committee has made multiple TV buys in Florida this week and the committee said the ad is part of its statewide advertising campaign.

Though it was implicit by her appearance in the ad, Marsy’s Law for Florida included an official endorsement from Book in its announcement.

“I am proud to support victims’ rights and that’s why I support Amendment 6/Marsy’s Law for Florida. As a survivor of sexual abuse, I know how difficult and painful the court process can be,” Book said. “Victims of crime want the opportunity to be present and for their voices to be heard, without revictimization. They want their rights to be the same as the person who harmed them. Most of all, victims of crime want to be treated with dignity and respect. We must pass Amendment 6/Marsy’s Law for Florida to provide protection for generations to come.”

Marsy’s Law takes its name from Marsalee “Marsy” Nicholas of California who was stalked and killed by her ex-boyfriend in 1983. After a successful push for measure bearing Nicholas’ name in her home state, victim rights advocates have expanded their push nationwide.

As of 2018, all but 15 states, including Florida, enumerate victims’ rights in their constitutions.

Among the provisions are requirements that crime victims be informed of their rights and the services available to them, an entitlement to updates on criminal proceedings, a right to know about meetings between the accused and state attorneys before plea deals agreed to, and the option to attend and speak during court proceedings.

The proposed constitutional amendment faced a legal challenge from critics who argued that its wording would be misleading to voters. But the Florida Supreme Court last week rejected the challenge, reversing an earlier court order that would have stricken the measure from the ballot.

In addition to Book, Marsy’s law has earned the support of numerous county court clerks, sheriffs, and state attorneys.

Marsy’s Law was placed on the ballot by the Constitution Revision Commission and is slated to go before Florida voters during the Nov. 6 general election. Amendments need at least 60 percent support from voters to pass.