Just how all-out-brawl-ish can they go in Florida’s U.S. Senate race? We are finding out.

“A rambling, incoherent, confused, disjointed performance from a desperate career politician who is trying to hold on to his job. Bill Nelson laid out no vision for Florida and is barely hanging on,” she wrote of the 76-year-old incumbent Democrat. (Scott, a Republican, is 65.)

Ryan Brown, Nelson’s campaign spokesman, countered that “Nelson laid Rick Scott out during the taping of the Telemundo debate this morning over the governor’s numerous untruths, frauds and unethical investments.

“Wish we could send you the tape now, but you’ll have to wait until it’s aired on Telemundo and live-streamed on their website in English at 7 p.m.,” he added.

As to Schutz Zeckman’s email, he said it just “shows how vitriolic they are in response to the governor’s debate loss. It is an unhinged, hate-filled attack that deserves no response.”

But Dan McLaughlin, Nelson’s other spokesman, soon was emailing that Scott “channeled Donald Trump by attacking and trying to discredit Florida’s largest newspaper.”

Scott had attacked the fact-checking website PolitiFact because it’s “‘an arm of the Tampa Bay Times,’ he said,” quoting a POLITICO report. “‘They’re not exactly perceived to be a nonpartisan group … I would look at it as a part of the Democrat Party.’”

“The liar vs. the do-nothing: Florida’s first Senate debate gets mean” via Marc Caputo of POLITICO Florida

“Andrew Gillum and Ron DeSantis give voters a choice to turn left, or right” via John Kennedy of GateHouse Media

“For Democrats, flipping a Miami congressional seat is harder than they thought” via Patricia Mazzei of The New York Times

“Debbie Mucarsel-Powell is outspending Carlos Curbelo on TV. Will it pay off?” via Alex Daugherty of the Miami Herald

“Voting gets underway: Millions of mail ballots will be shipped to Florida voters” via Steve Bousquet of the Tampa Bay Times

“We are terribly sad that she’s no longer with us … but we also remember one of Dorothy’s great gifts, the ability to comfort others in times of need. One of her favorite sayings was ‘this too shall pass.’ She would want us to remember her for the life she lived rather than the pain that her passing has caused.” — Jonathan Hukill, son of the late state Sen. Dorothy Hukill, writing on Facebook after her death from cancer Tuesday. She was 72. 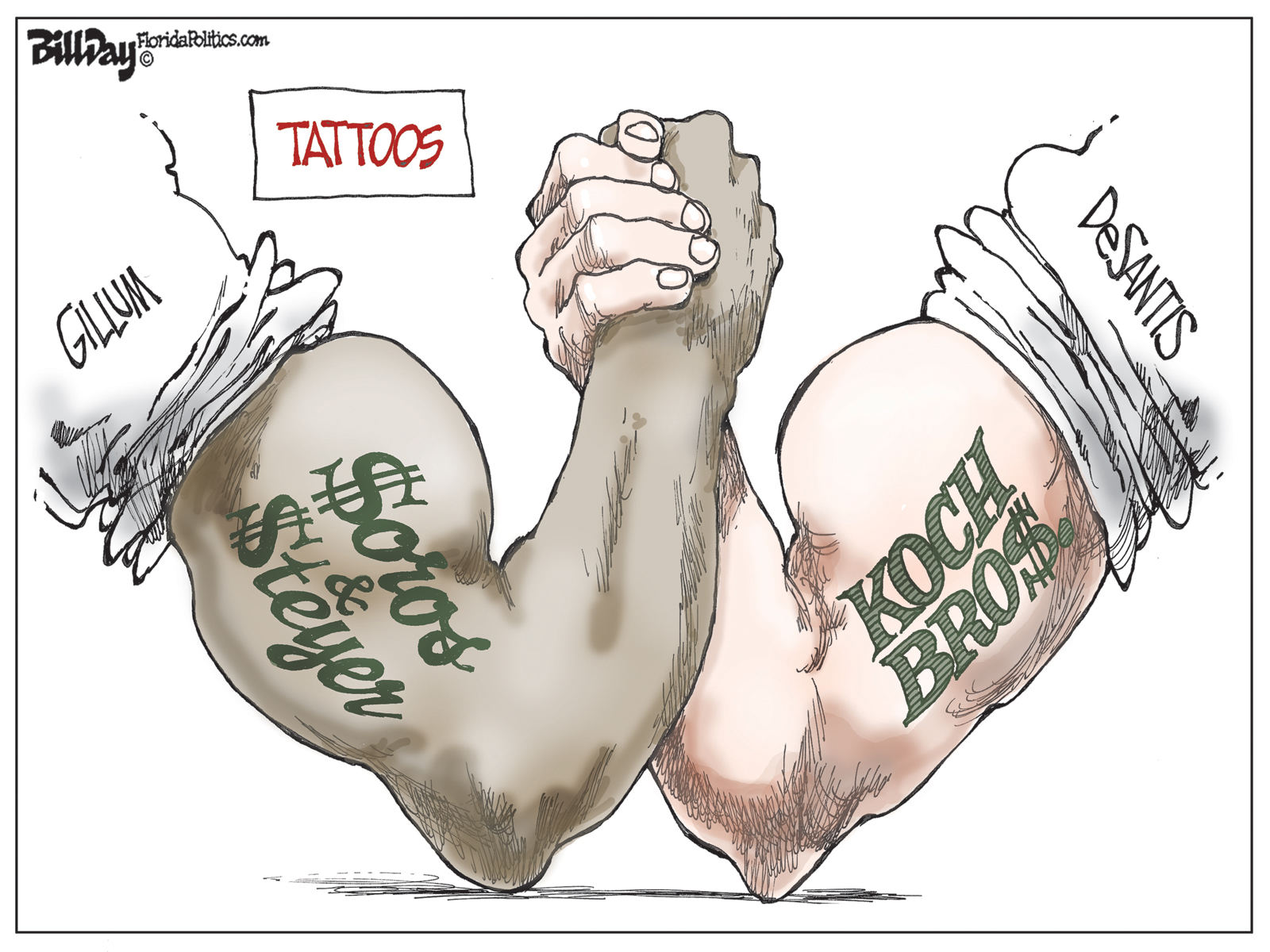 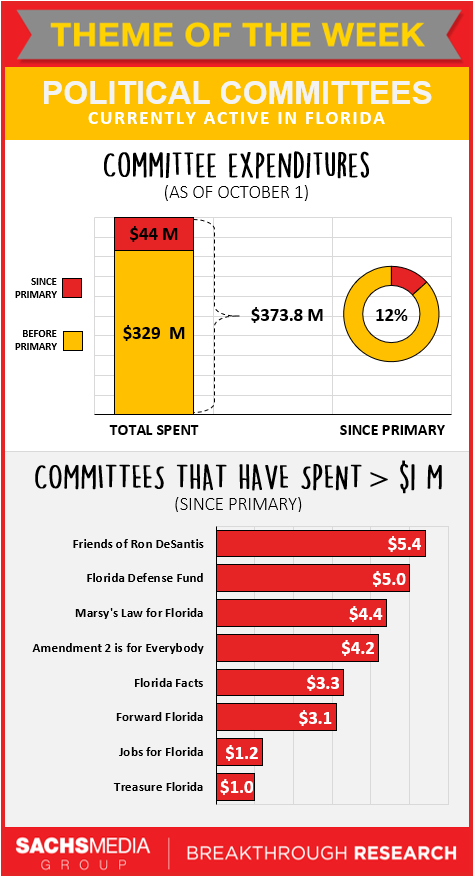 The Florida Recycling Partnership, Anheuser-Busch and the Department of Environmental Protection are holding a summit to address the current state of recycling in Florida. The one-day event will begin with a news conference at Anheuser-Busch’s Metal Container Corporation, featuring state Sen. Rob Bradley. That’s at 12:30 p.m., 1110 Ellis Road North, Jacksonville.

Musician John Legend will appear at a campaign event to support Amendment 4, which will be on the November ballot. The proposed constitutional amendment would restore voting rights for most felons who have served their sentences. That’s at 3:30 p.m., Evans High School auditorium, 4949 Silver Star Road, Orlando.