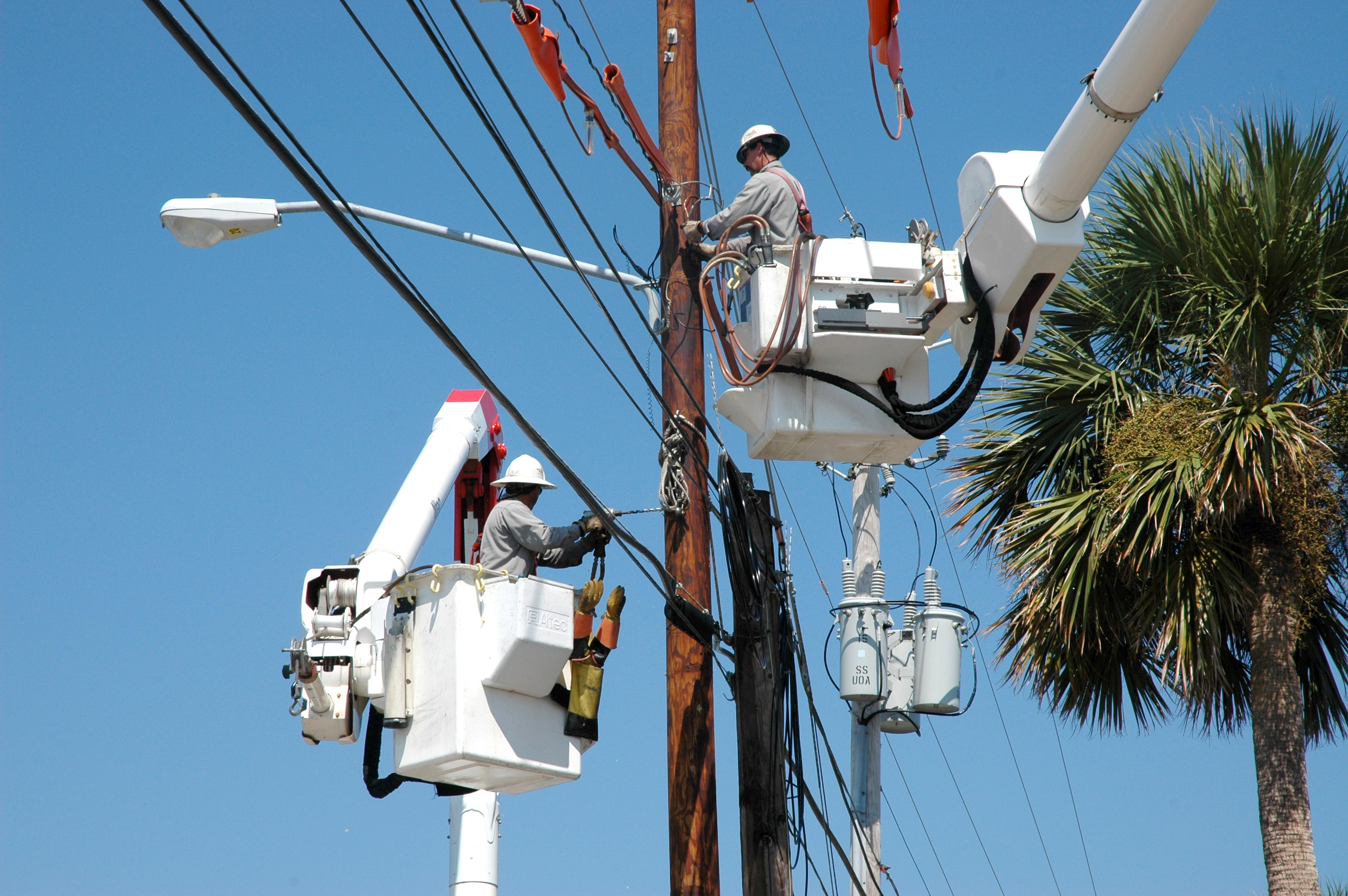 Panhandle utility company Gulf Power announced Sunday that it’s on track to restore power to all customers affected by Hurricane Michael by midnight on Oct. 24.

“Hurricane Michael was an unprecedented storm, and Gulf Power is on a mission to ensure an unprecedented response,” said Gulf Power head Stan Connally. “We know that our customers are counting on us, so they can begin rebuilding their lives. We are working safely and aggressively around the clock to get the lights back on.”

In the wake of the Category 4 hurricane, Gulf Power’s nearly 1,200 employees and 300 contractors were joined by a platoon of out-of-state linemen and electrical professionals who have been working around the clock to get the tens of thousands of Panhandle residents who lost power back online.

The company also warned ahead of the monstrous storm making landfall that it expected much of its infrastructure would have to be rebuilt as it worked on restoring power to its customers. It said that effort could take “weeks,” and the newly defined timeline will get the last customer back on the grid just over two weeks after the Hurricane Michael ravaged the Panhandle.

The last areas on the timeline were those hardest hit by the storm: Downtown Panama City, Callaway, Parker, Lynn Haven, Youngstown, and the surrounding areas. If the current timeline holds, customers in those areas can expect their power to be back online by midnight, Oct. 24.

As of Sunday, power had been restored to all customers in Escambia, Okaloosa and Santa Rosa counties. There are still nearly 61,000 customers without power in Bay County and nearly 5,000 in neighboring Washington County, with small pockets of outages in Holmes, Jackson, and Walton counties.

A map of the power restoration timeline is below. 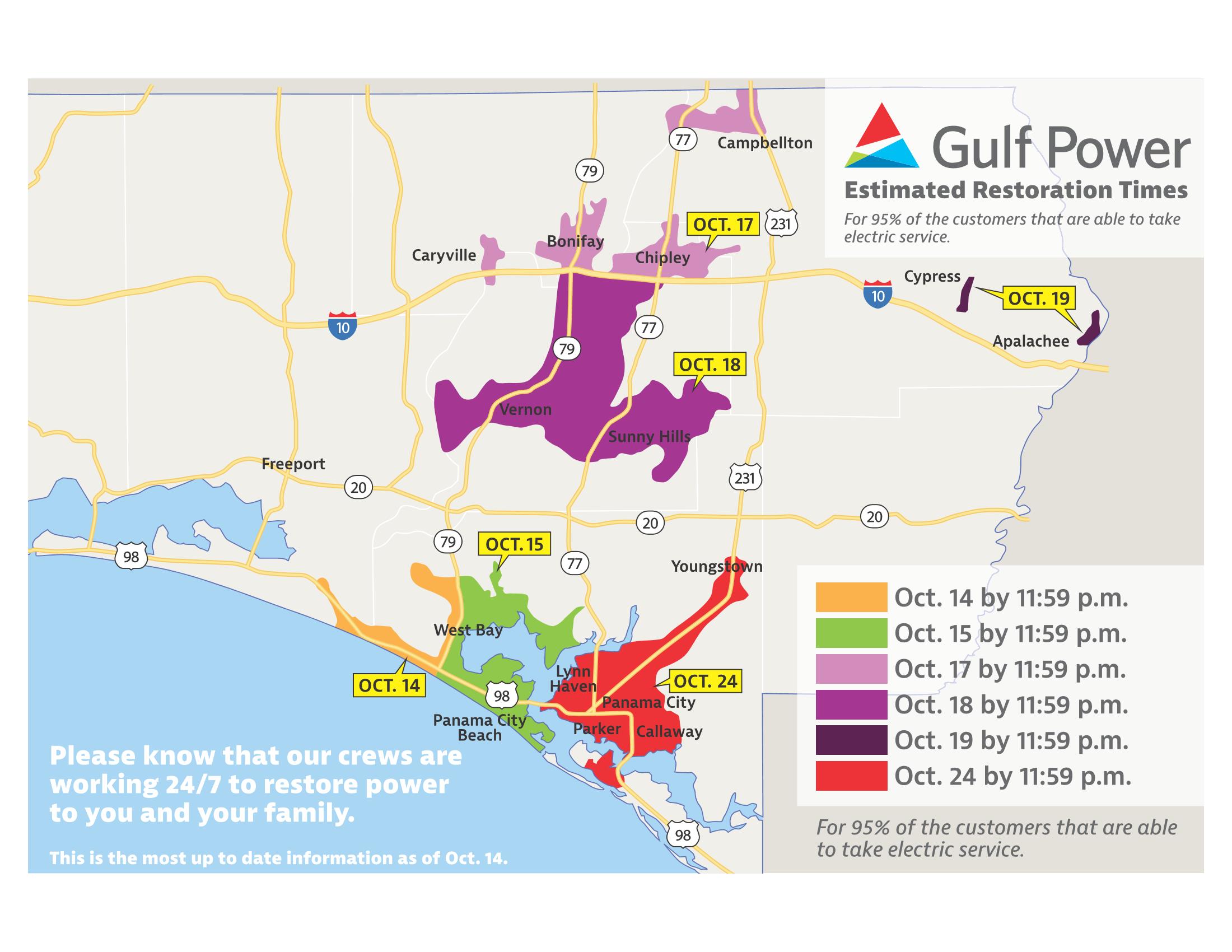 nextJoe Henderson: Hey, guess what? Hillsborough transportation is an issue!