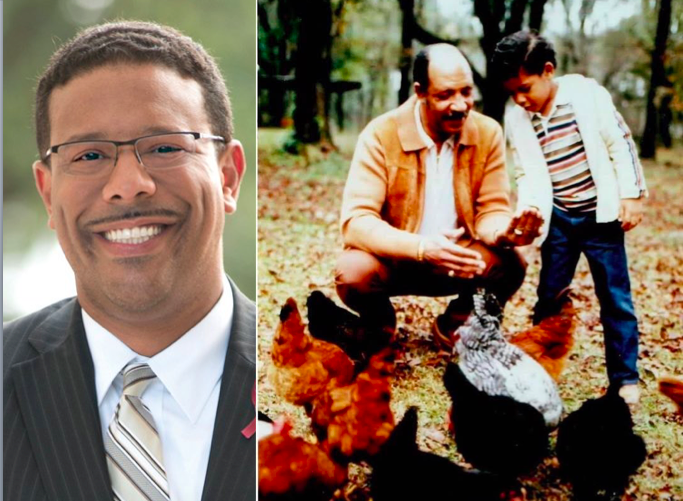 Shaw and the law enforcement leader also invoked the memory of Shaw’s father while dismissing the new attack.

The TV spot references Shaw defending State Attorney Aramis Ayala’s decision not to seek the death penalty against Markeith Loyd, who stands accused of killing Orlando Police Lt. Debra Clayton. The video shows a headline referencing when Loyd cursed at a judge in court during proceedings.

Shaw told POLITICO that Ayala opposing the death penalty was “standing with communities of color” because of a history of racial disparity in sentencing.

Moody’s campaign says that’s clearly backing “reduced punishments for a cop killer,” the exact wording of the advertisement. It points out that when Gov. Rick Scott pulled the Loyd case from Ayala, “Sean Shaw demanded that the Governor rescind his order.”

The new advertisement also nicks Shaw for seeing his net worth increase as he supported fees and costs for Floridians. Shaw’s financial disclosures show his net worth in 2016 came in at $376,700 and only two years later in 2018, it rose to $744,800. As an insurance consumer advocate, Shaw supported a measure that could have increased premiums for most homes and condos in Florida, Moody officials said.

Shaw said his assets went up because of the death of his father Leander in 2015.

“To use the inheritance that I received due to the death of my father, Leander Shaw, the state’s first African-American Supreme Court Chief Justice, to mislead voters is straight out of the playbook of Donald J. Trump,” Shaw said, “I would much rather have my father with me today.”

The question of who will stand with law enforcement — and how they will do so — continues to shape discourse in the increasingly contentious contest to be Florida’s top cop.

But Puckett made clear in his most recent defense of Shaw that the PBA will stand by the Democrat. (Moody officials note the PBA backed Shaw and Moody in their respective party primaries and did not issue a formal endorsement in the general election)

“The Florida Police Benevolent Association and the Shaw family have a relationship that spans three decades,” Puckett said.

“Our association of over 28,000 law enforcement, correctional, and correctional probation officers trust Sean Shaw to be our advocate as Attorney General.”

Shaw said the attack shows desperation as Moody faces questions over donations from a private prison company, the GEO Group.