It’s not the party … it’s the after party! A rundown of where Florida candidates will be on election night 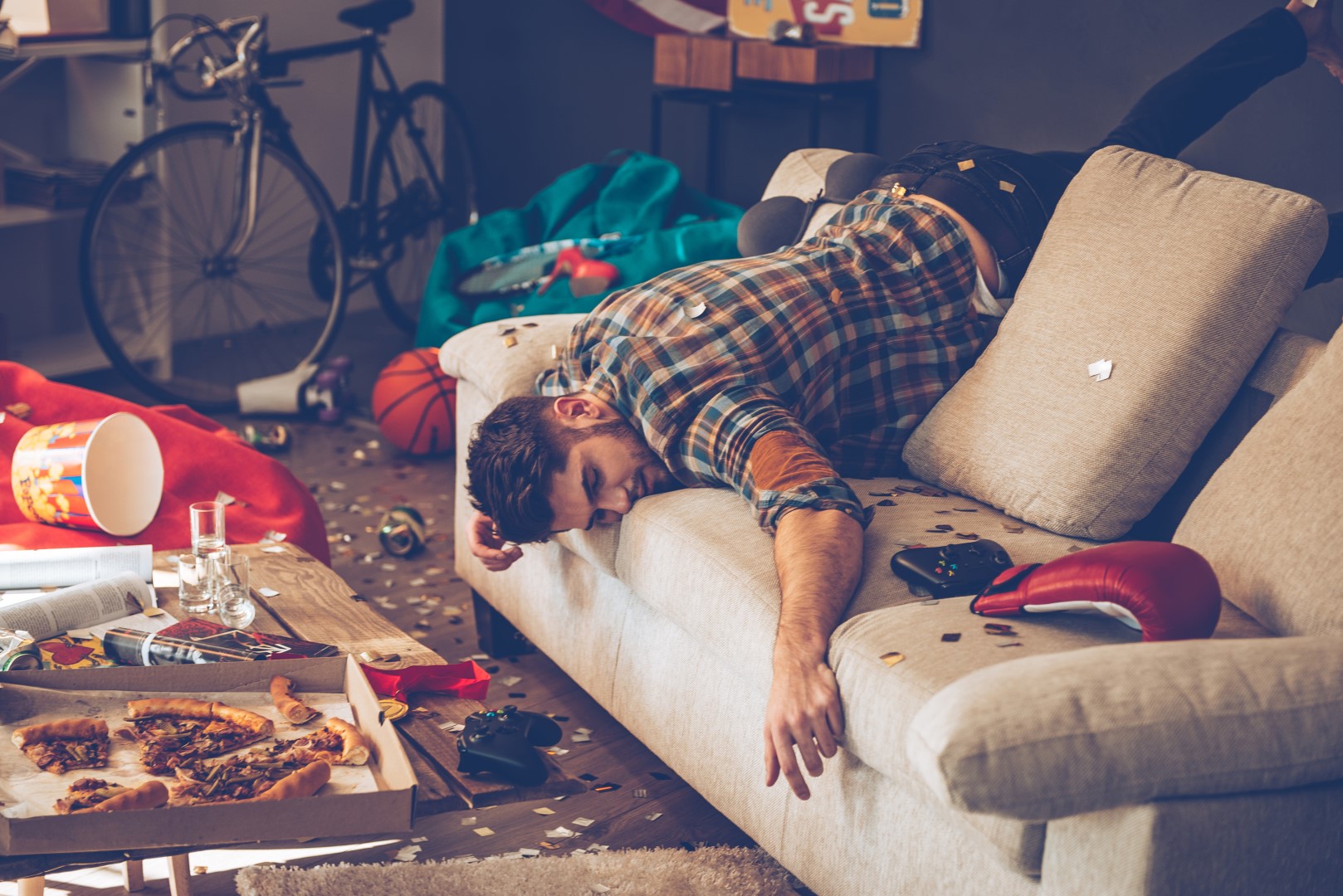 On Election Day, as polls close, the after-parties begin.

Candidates — along with nearly everyone else in America — will be glued to their screens Tuesday night for election results. In the end, win or lose, there will be a party.

Some will celebrate a hard-fought victory, while others will be a bit more somber, drowning their sorrows.

If your favorite candidate isn’t listed, check the Party or venue websites for more information.

Gov. Rick Scott is hosting his election night party at 7 p.m., Naples. The address will be provided upon RSVP. Press credentials required; media access begins 3:30 p.m. Hotel rooms are available in the Scott for Florida room block; email for details. RSVP must be submitted by Friday, November 2, to press@scottforflorida.com.

Tallahassee Mayor Andrew Gillum, wife R. Jai Gillum will join running mate and Orlando businessman Chris King and his wife Kristen will hold an election night celebration starting 7 p.m., Florida A&M University Lee Hall, 1601 South Martin Luther King, Jr. Boulevard, Tallahassee. While it is a public event, those planning to attend should RSVP to secure a ticket. Tickets are required for entrance in the area. Parking will be limited and available on a first-come, first-served basis. Shuttle service will be available from Bragg Memorial Stadium to the election night celebration starting at 6 p.m. and ending at midnight. Attendees should prepare to go through an airport security-style entry — please do not bring large bags/backpacks, laptops, large camera equipment, signage or weapons. Additionally, there will be a “clear bag” policy in effect for the event. Clear bags must adhere to the dimensions of no larger than 12” x 6” x 12;” small non-clear shoulder bags or clutch purses must be no larger than 4.5” x 6.5.” All bags will be checked upon entrance to the event. The public entrance for this event will be on Martin Luther King, Jr. Blvd, south of Lee Hall and adjacent to the FAMU Student Union Building.

Reform Party gubernatorial candidate Darcy Richardson will be hosting a private event to monitor results in Jacksonville with campaign staff and family. The Reform Party of Florida is hosting its watch party at the Holiday Inn on 8310 Galbraith Road in Tampa.

The Ashley Moody for Attorney General campaign party will be at the Renaissance Tampa International Plaza Hotel, Costa Del Sol Ballroom, 4200 Jim Walter Blvd., Tampa. Doors open at 7 p.m. Media will be allowed access at 4:30 p.m. and must be set up by 6 p.m. Media contact is Christina Johnson. Contact her at Christina@On3PR.com.

State Sen. Jeremy Ring, who is running for Florida Chief Financial Officer, will join The Nikki Fried for Agriculture Commissioner campaign for an election night watch party at Good Spirits, 476 N Federal Highway, Fort Lauderdale. There will be parking available in the corresponding lot and garage as well as workspace set aside for the press. Doors open for guests at 7 p.m. and 4:20 p.m. for members of the press. RSVP to Max@NikkiFried.com. 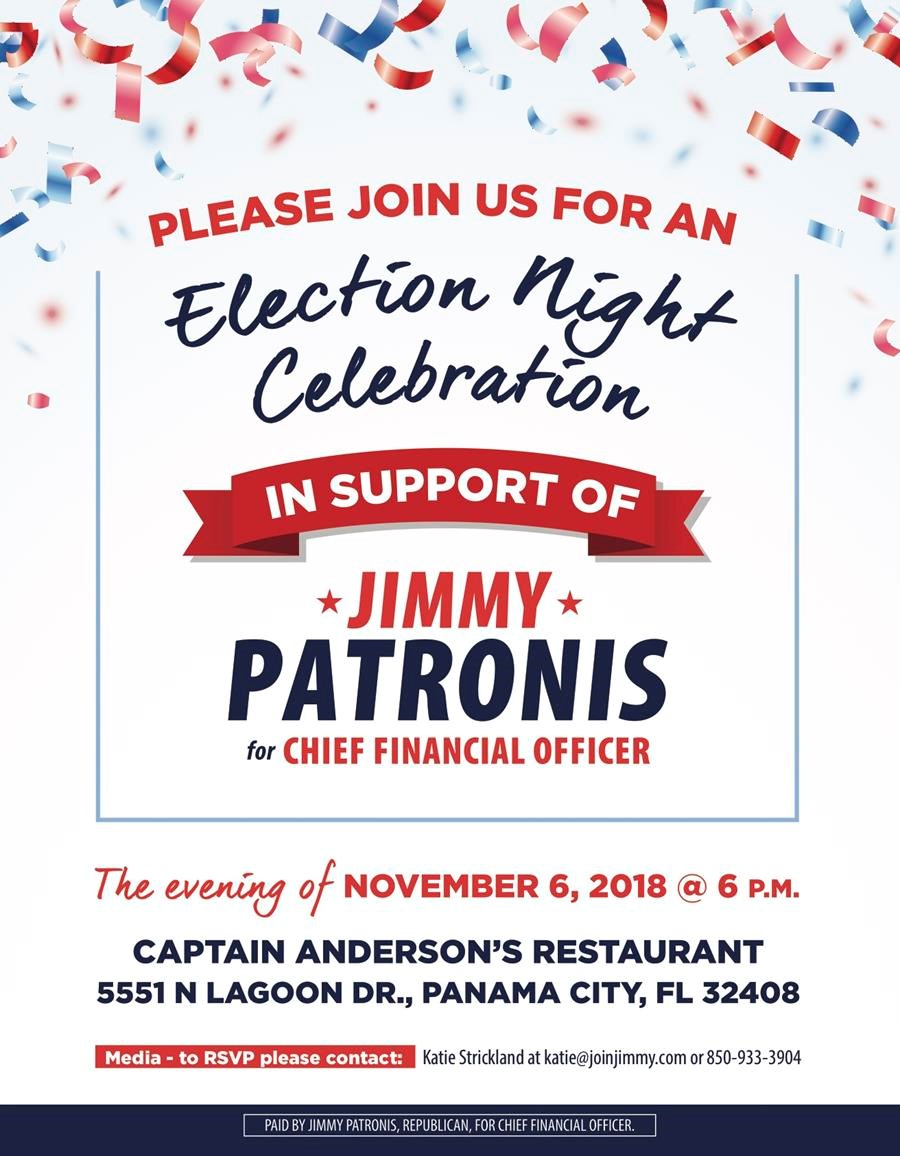 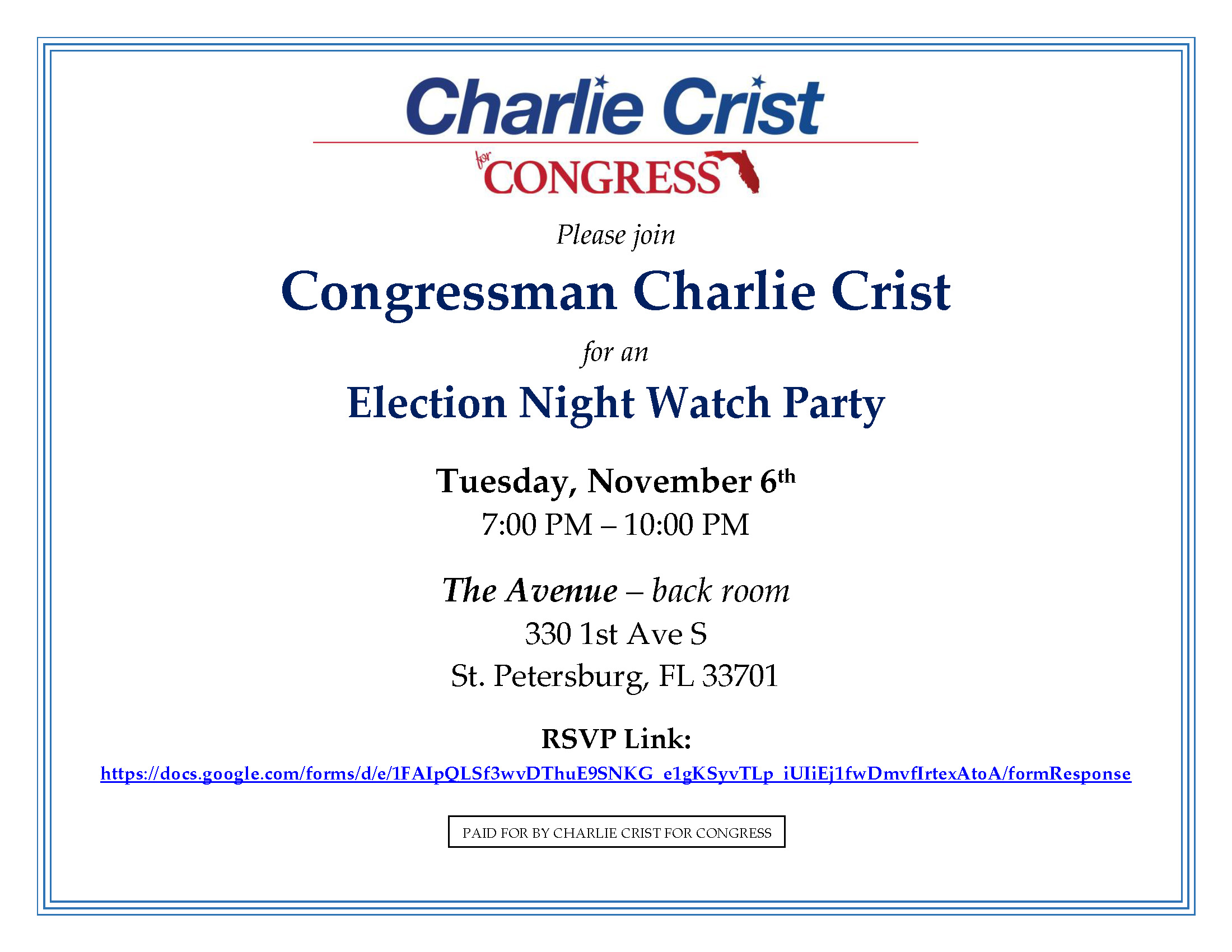 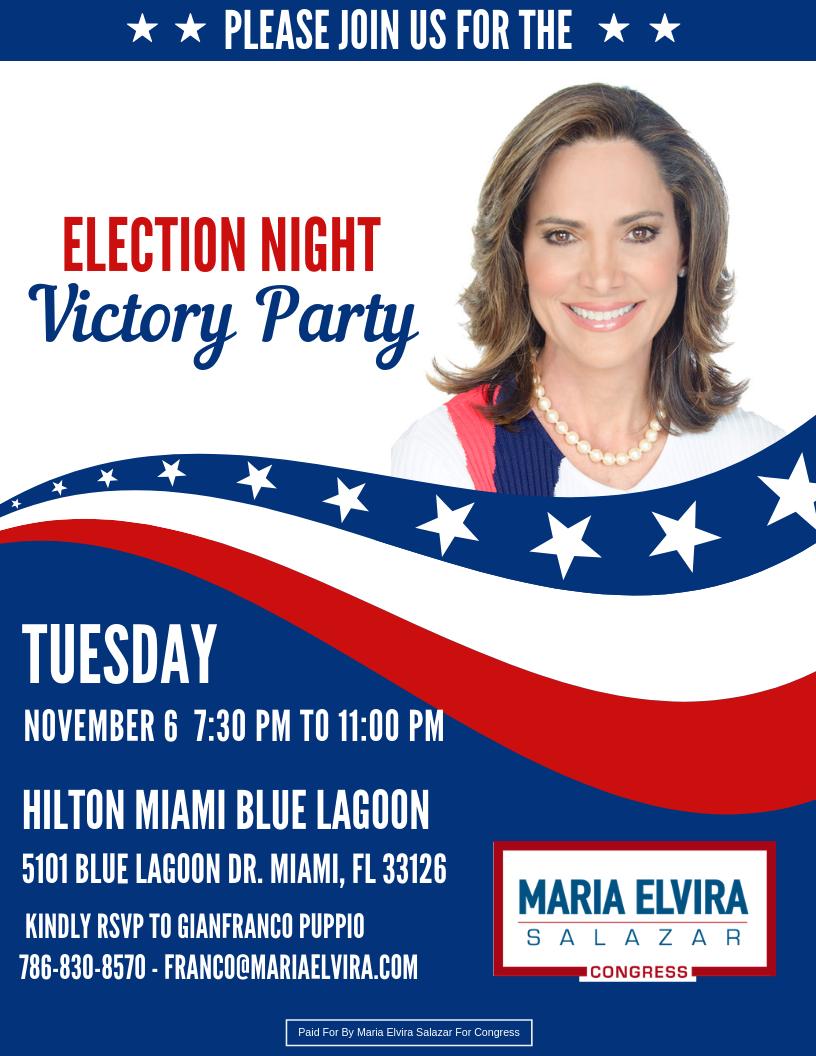 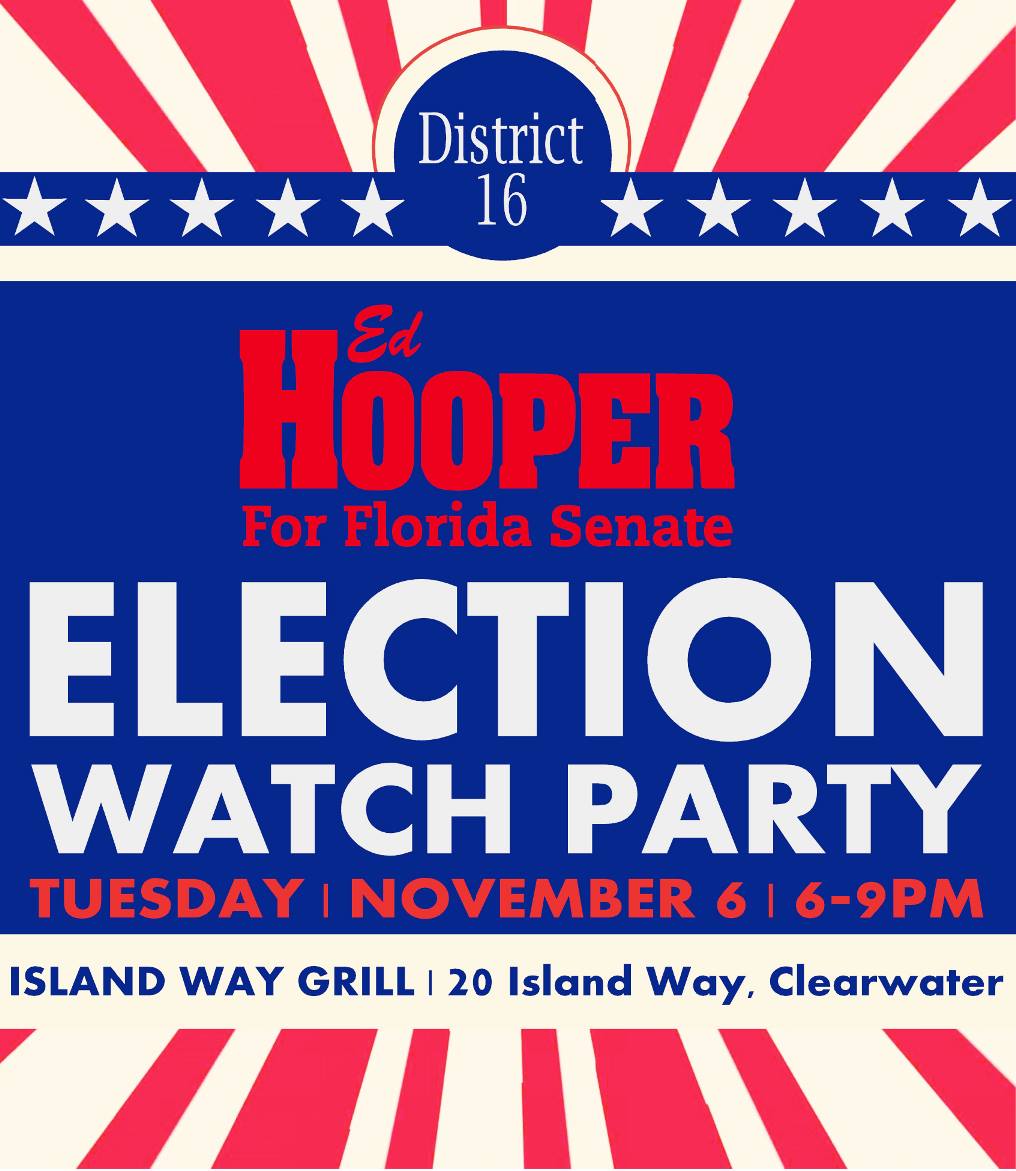 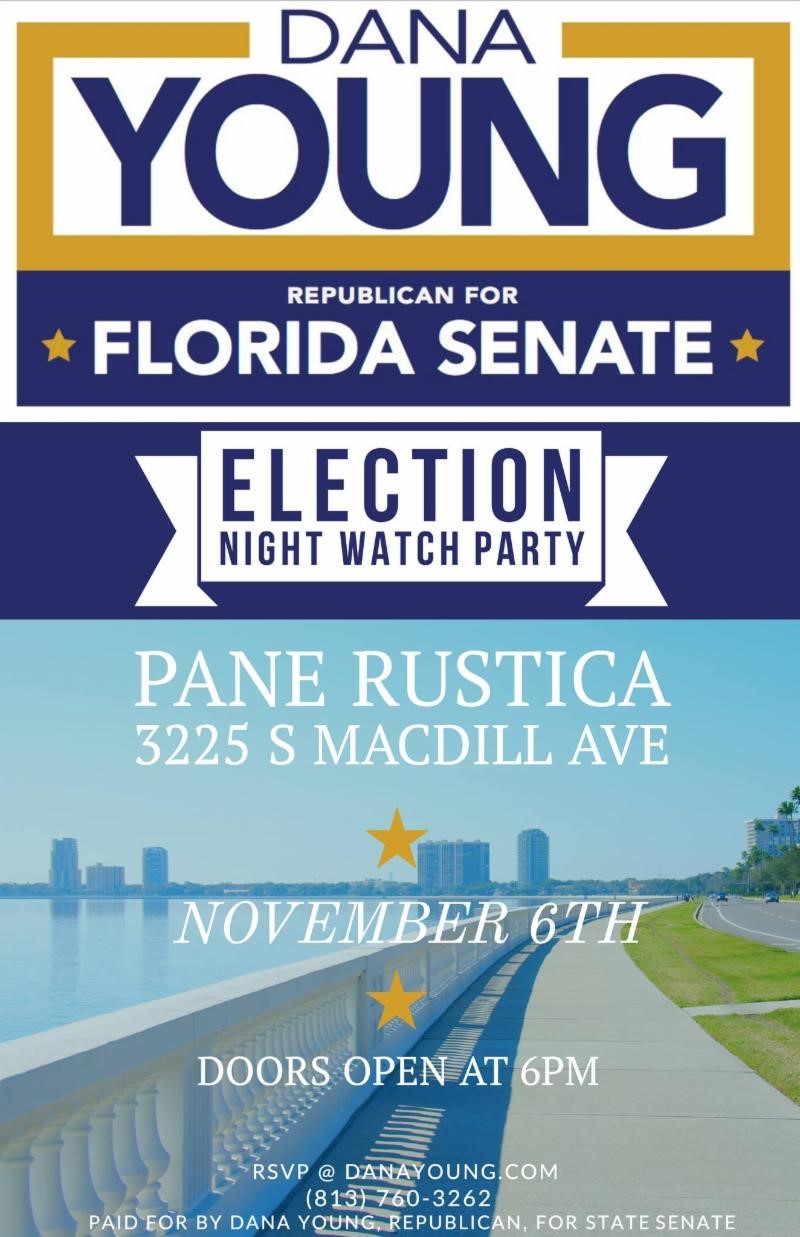 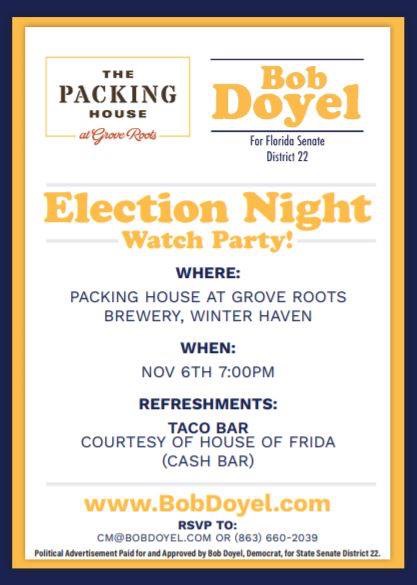 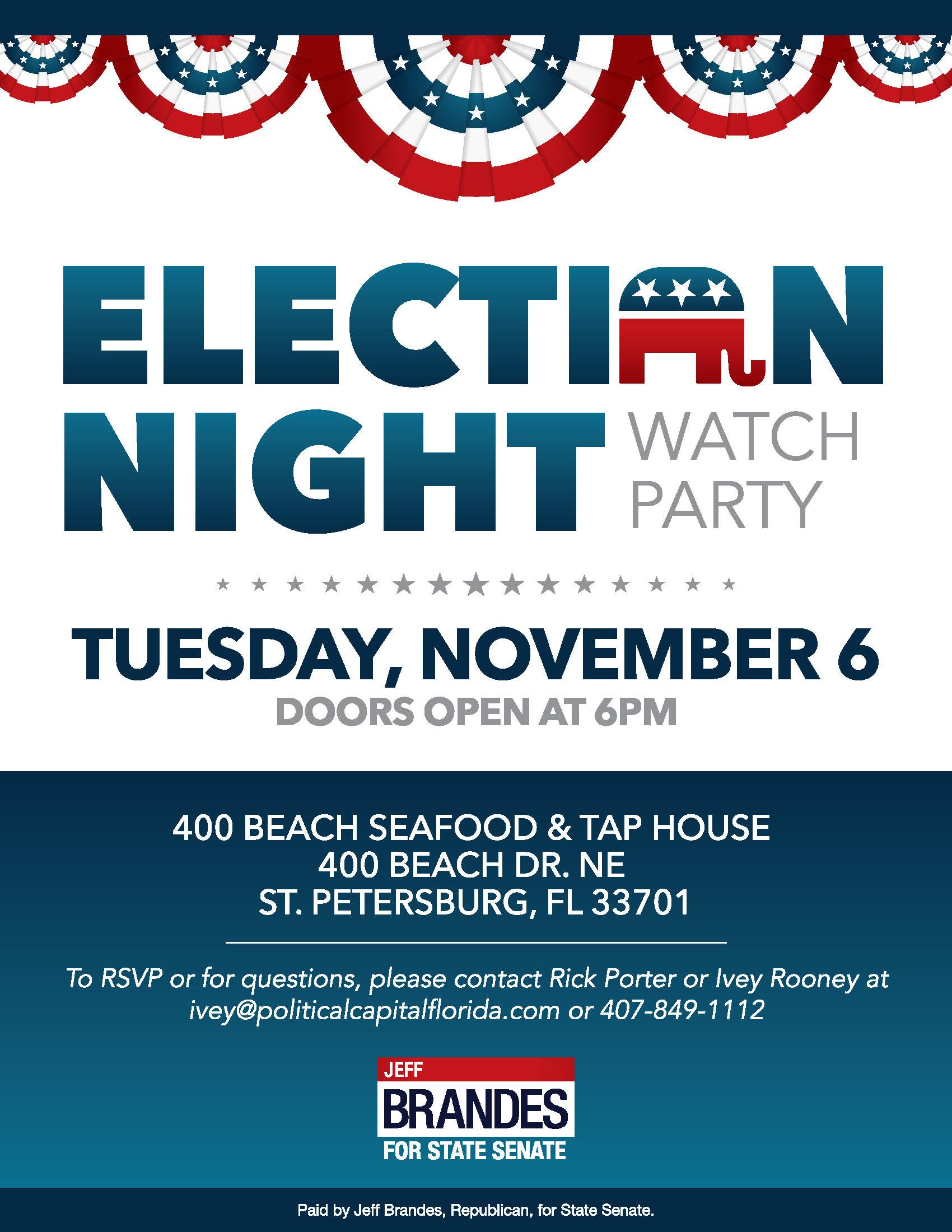 HD 11 — Nathcelly Rohrbaugh will be at 2951 Riverside Dr., Fernandina Beach. 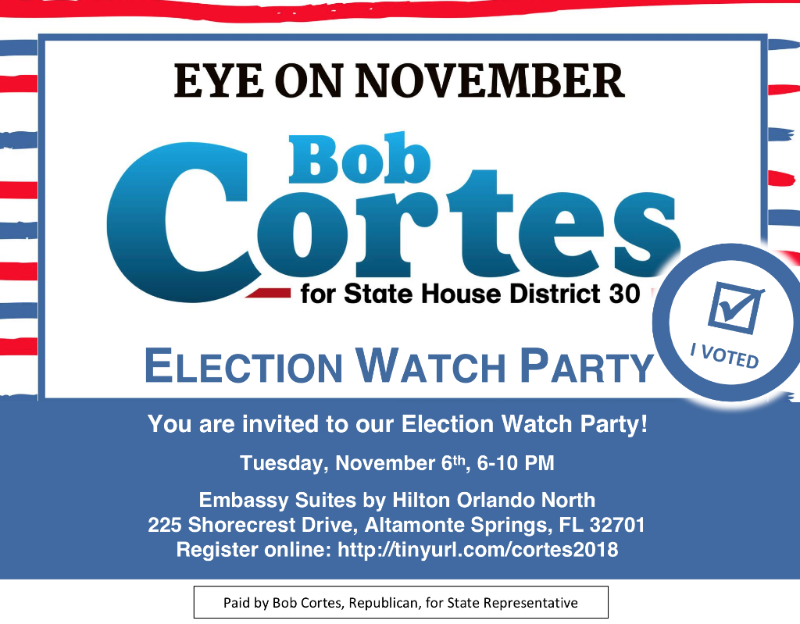 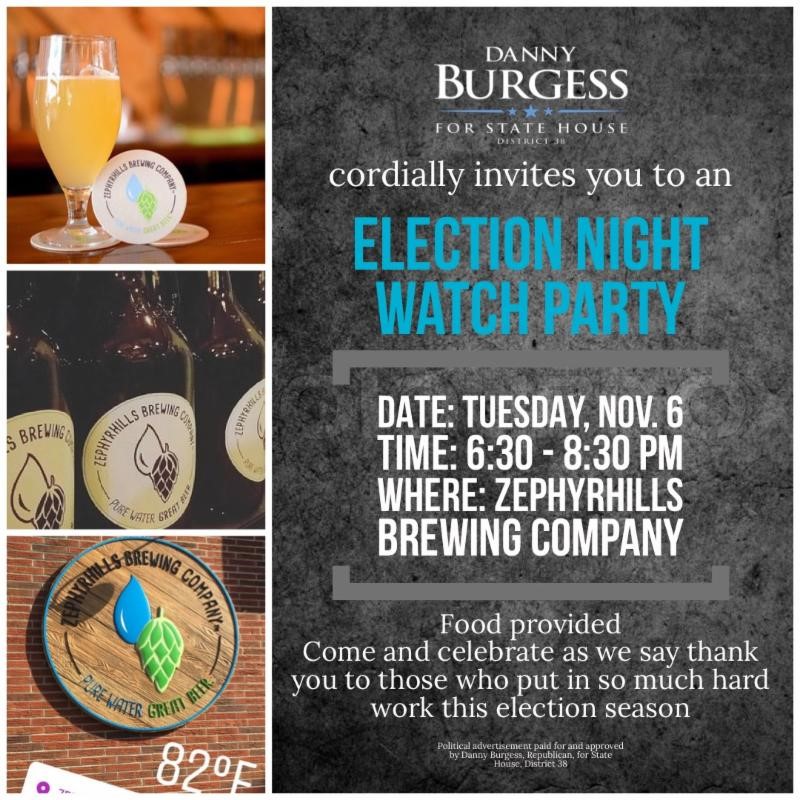 HD 42 — Republican state Rep. Mike La Rosa will be at Gator’s Dockside in Saint Cloud. Democratic nominee Barbara Cady will be at Soto’s party at the Ramada Gateway in Kissimmee. 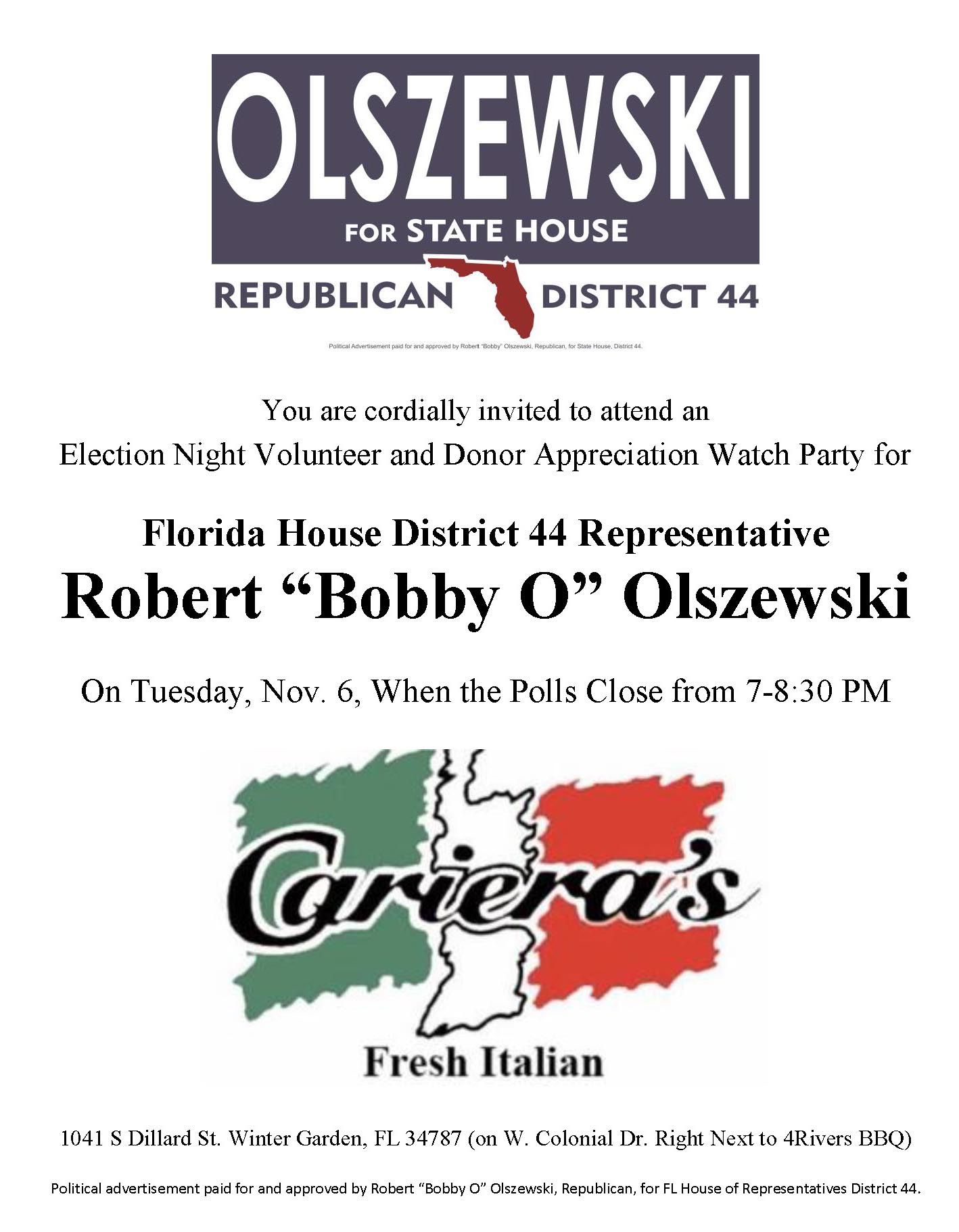 HD 48 — GOP challenger George Chandler will join the Orange County Republican Executive Committee will be at the Westgate Lakes Resort & Spa, 9055 Turkey Lake Rd., in Orlando. Many of the Florida House candidates from Orange County will be there. 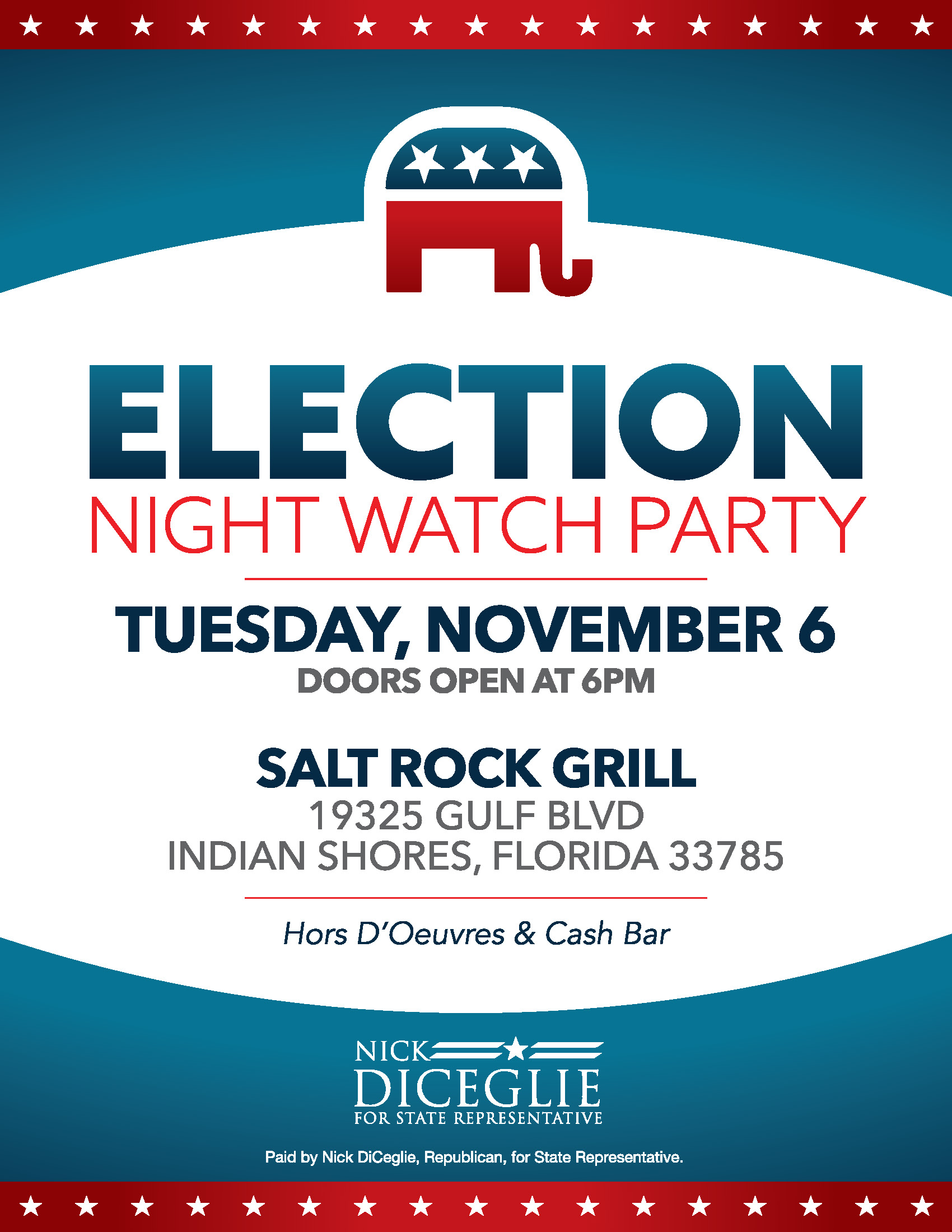 HD 71 — Republican Will Robinson is hosting a campaign victory party, 6:30 p.m. The campaign will provide location upon RSVP with Allie at allie@robinsonforflorida.com. If you wish to stop by, include the names of all of those attending to ensure your name is on the guest list. Food and beverages will be provided. 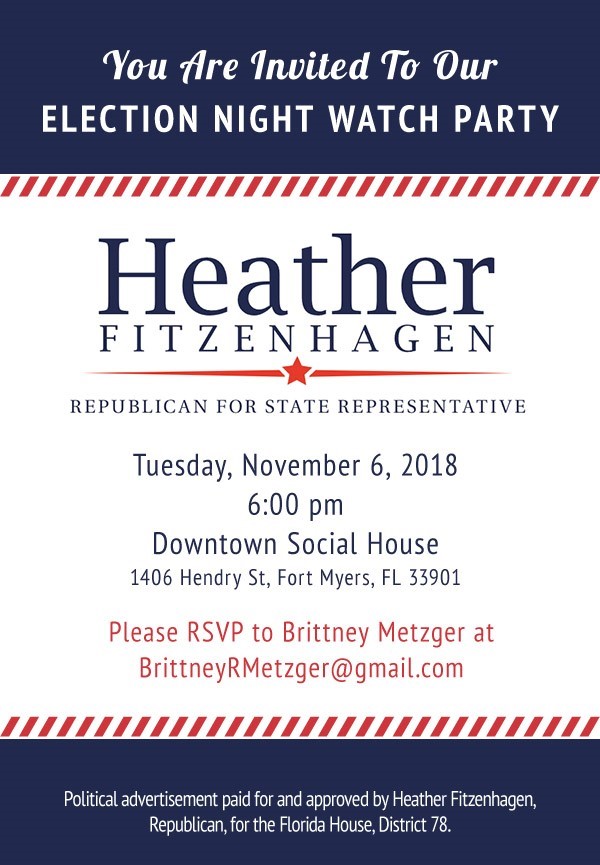 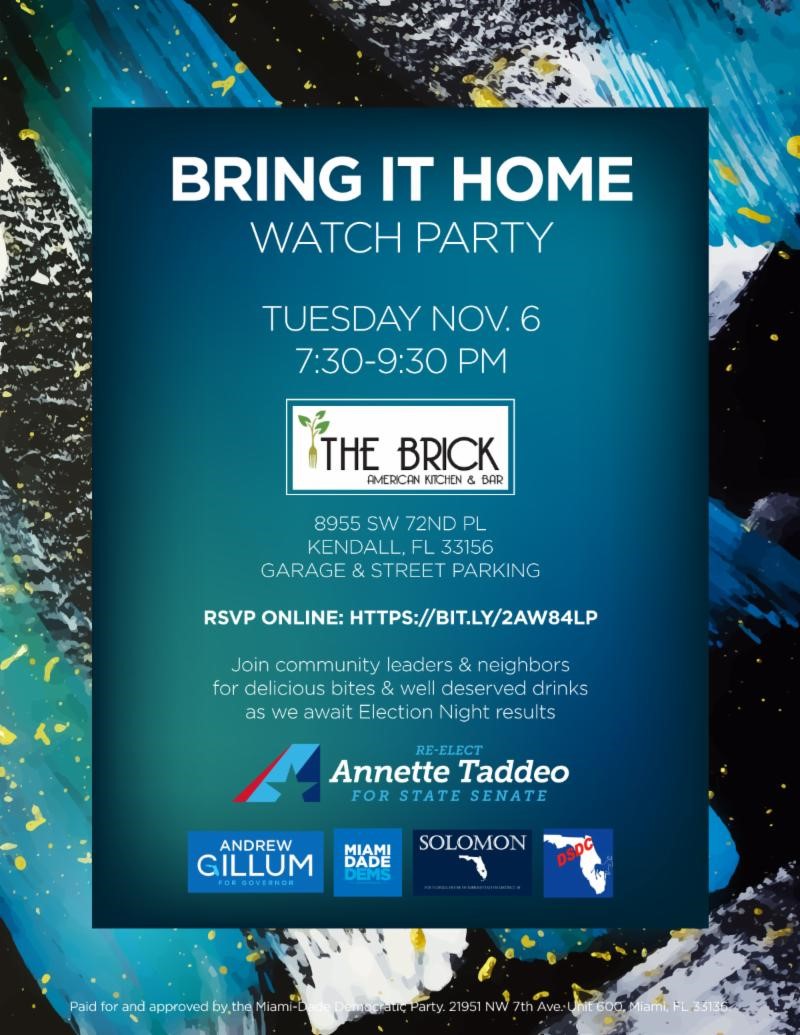 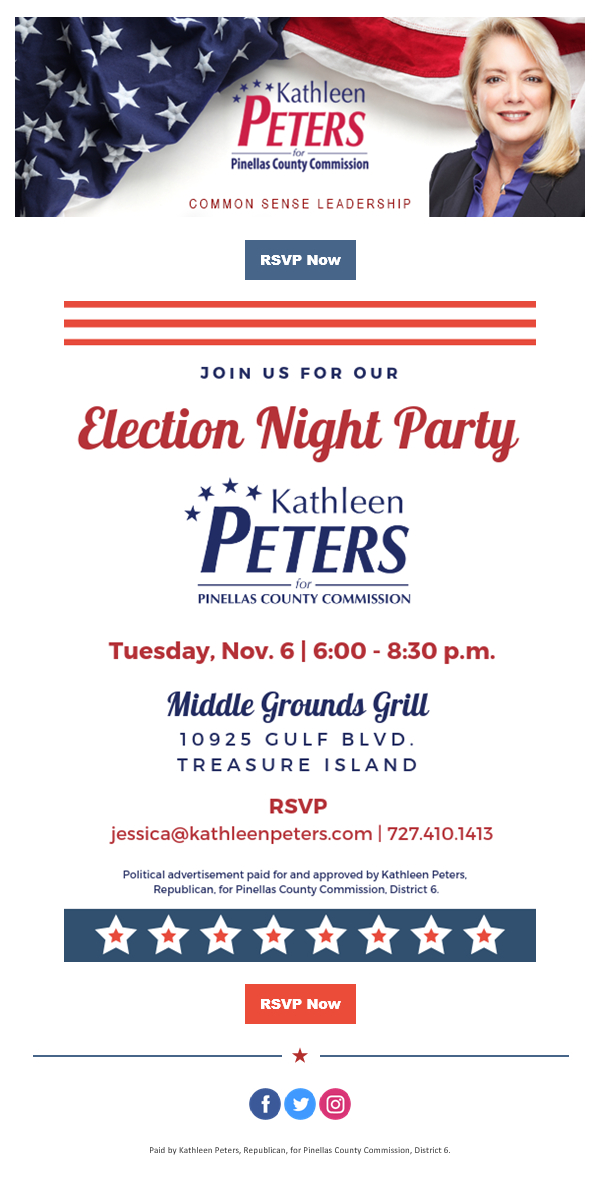 Candidates aren’t the only ones hosting election night parties.

New Florida Majority, a progressive coalition working to engage “marginalized and excluded constituencies,” will be hosting several watch parties throughout the state. 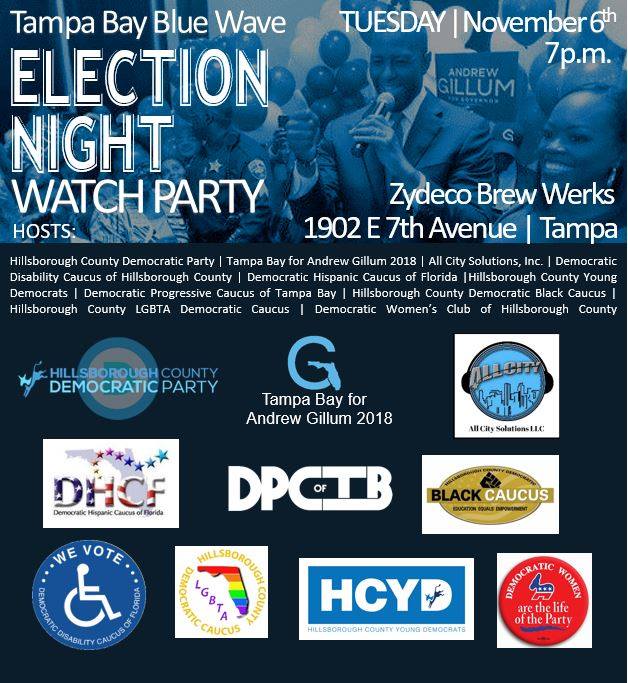 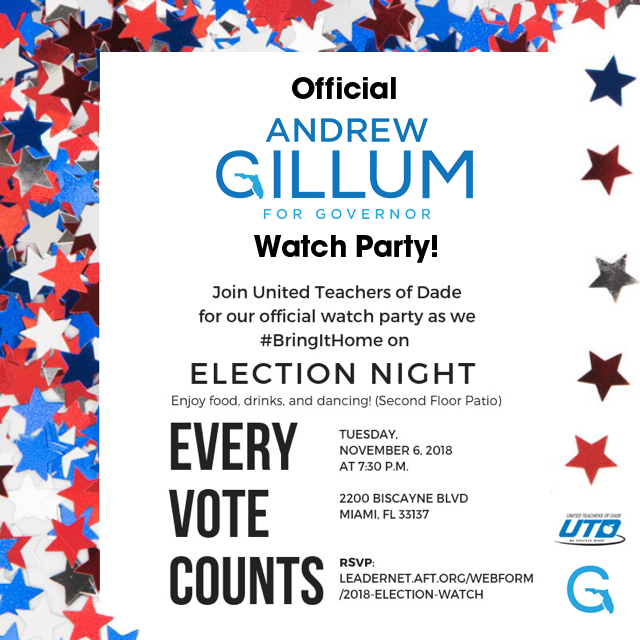 The Florida Rights Restoration Coalition, the group behind Amendment 4, the proposal to restore voting rights to former felons who paid their debt to society, will be holding an election watch party at 6 p.m., DoubleTree at SeaWorld, 10100 International Drive, Orlando. RSVP with kimberly@safeandjust.