Blue wave or not, Pinellas Democrats are fired up 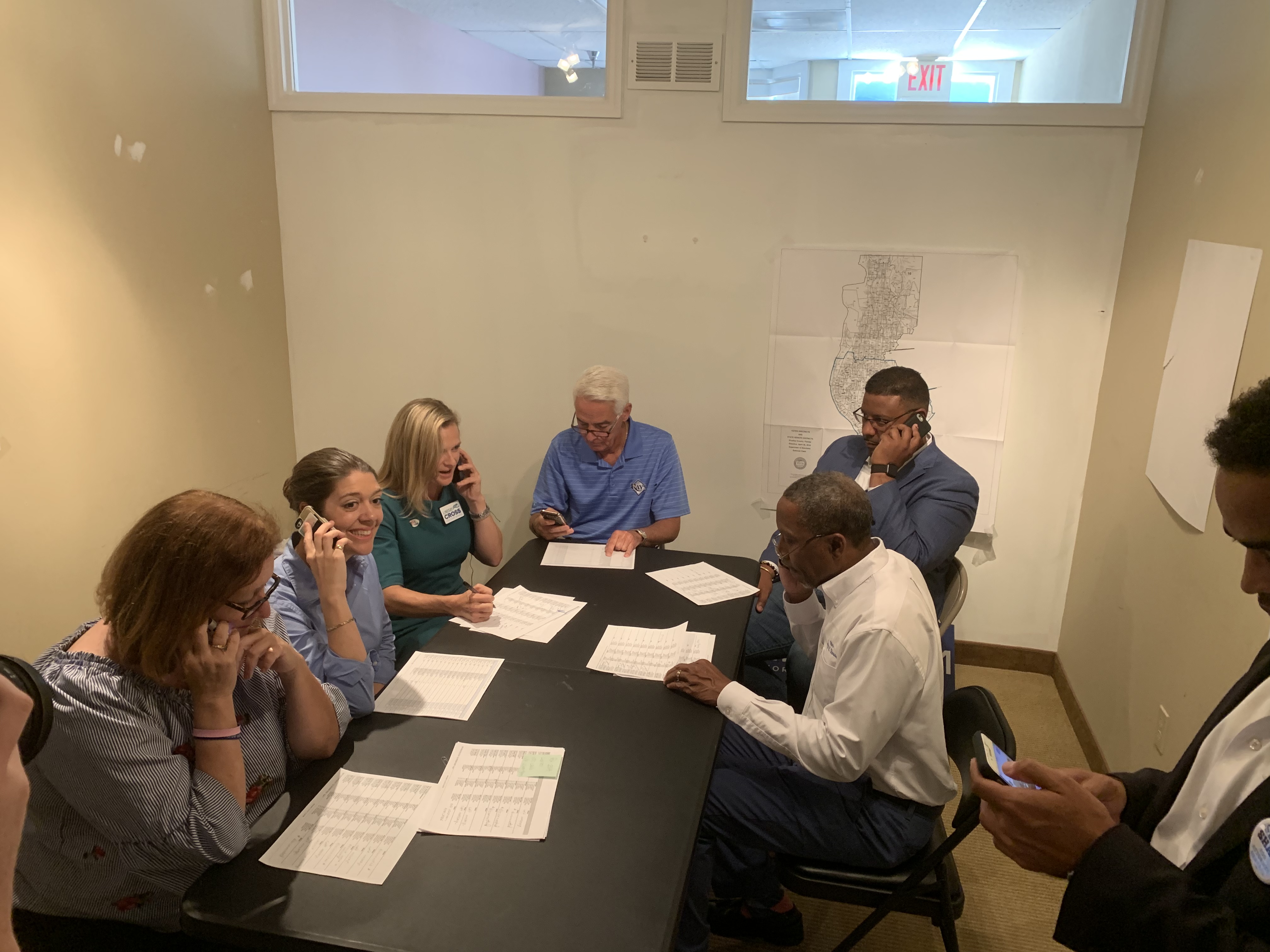 Congressman Charlie Crist joined candidates Lindsay Cross, Jennifer Webb and Sean Shaw at Webb’s House District 69 campaign headquarters in the Tyrone area to call voters who have not yet cast a ballot either on Election Day or during early voting.

“Do you have a plan to vote,” Cross, who is running for Florida Senate against incumbent Jeff Brandes, asked. “You do. Will you be voting Democrat?”

There was a pause, followed by a grin.

Cross and the others chuckled as she hung up the phone.

About 20 volunteers crammed into the small office, cellphones in hand. Cross and Webb sat on the floor under a window — Cross’ shoes sat next to her in a clear indication of a race hard traveled. 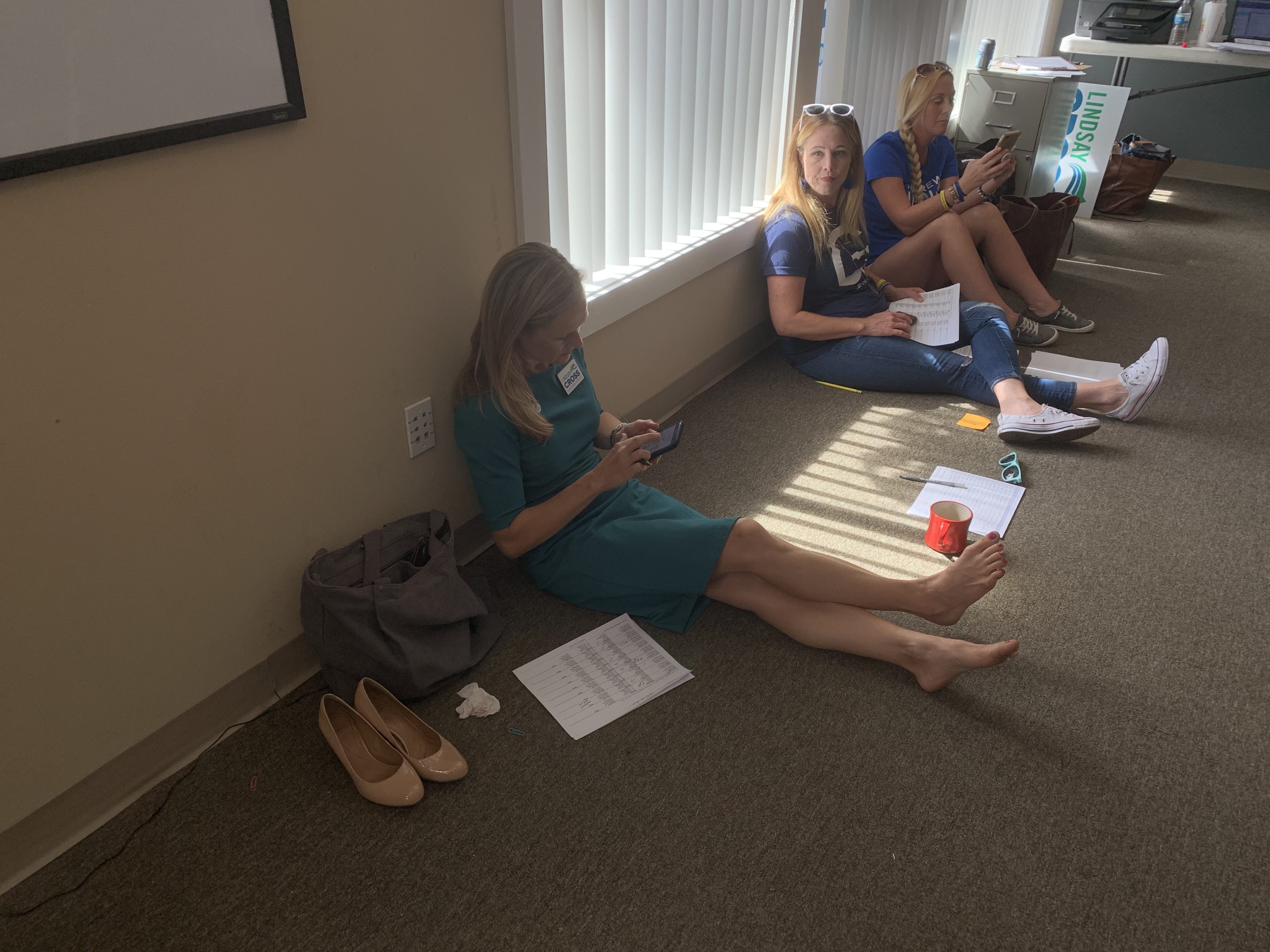 Everyone, including the candidates, had stacks of voter information. Most of the names on the list were Democrats, but some were no party affiliation or third party. All had not voted, but had an estimated probability of voting of at least 50 percent.

There were thousands upon thousands of names. Democrats need those voters to head to the polls on Election Day. As of 1 p.m., 4,000 more Republicans had cast a ballot than Democrats. 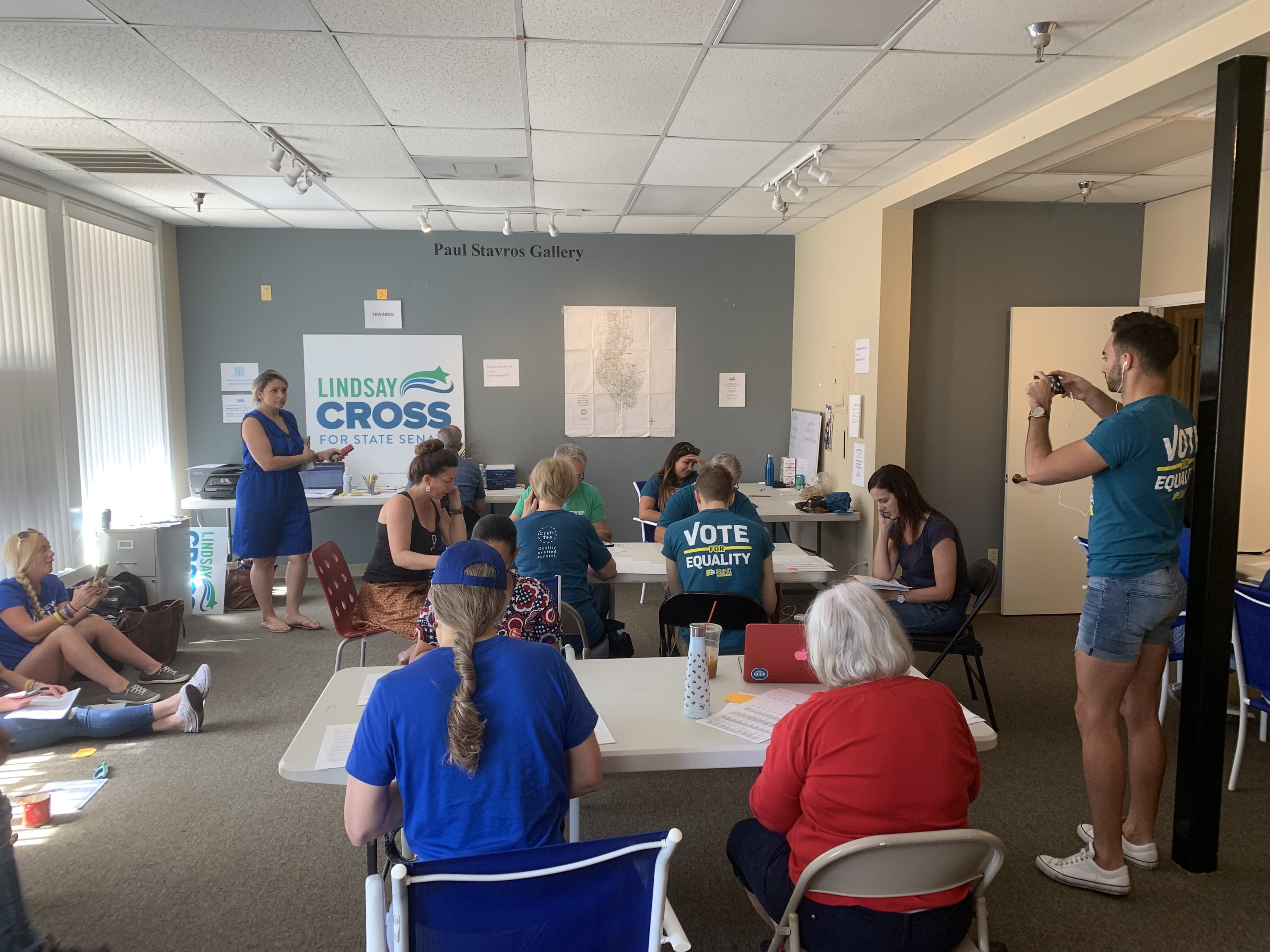 That optimism was universal.

He thinks Democrats will win back enough seats in Congress to take control of the U.S. House of Representatives. But he’s not sure if that will be by a landslide or a nudge.

Crist’s seat is safe. He’s widely favored to defeat Republican George Buck for his Congressional District 13 seat. Cross, on the other hand, is facing a tough challenge against an incumbent who has outraised her by $1 million.

“I feel great,” Cross said, heading out the door to wave signs on the busy 66th Street near Tyrone Mall.

Outside, two teenagers saw the politicians coming and going, some carrying signs, all wearing campaign T-shirts. They asked some questions. A few minutes later they showed up with their dad.

“What time should I pick them up,” he asked.

His kids wanted to stay to phone bank.