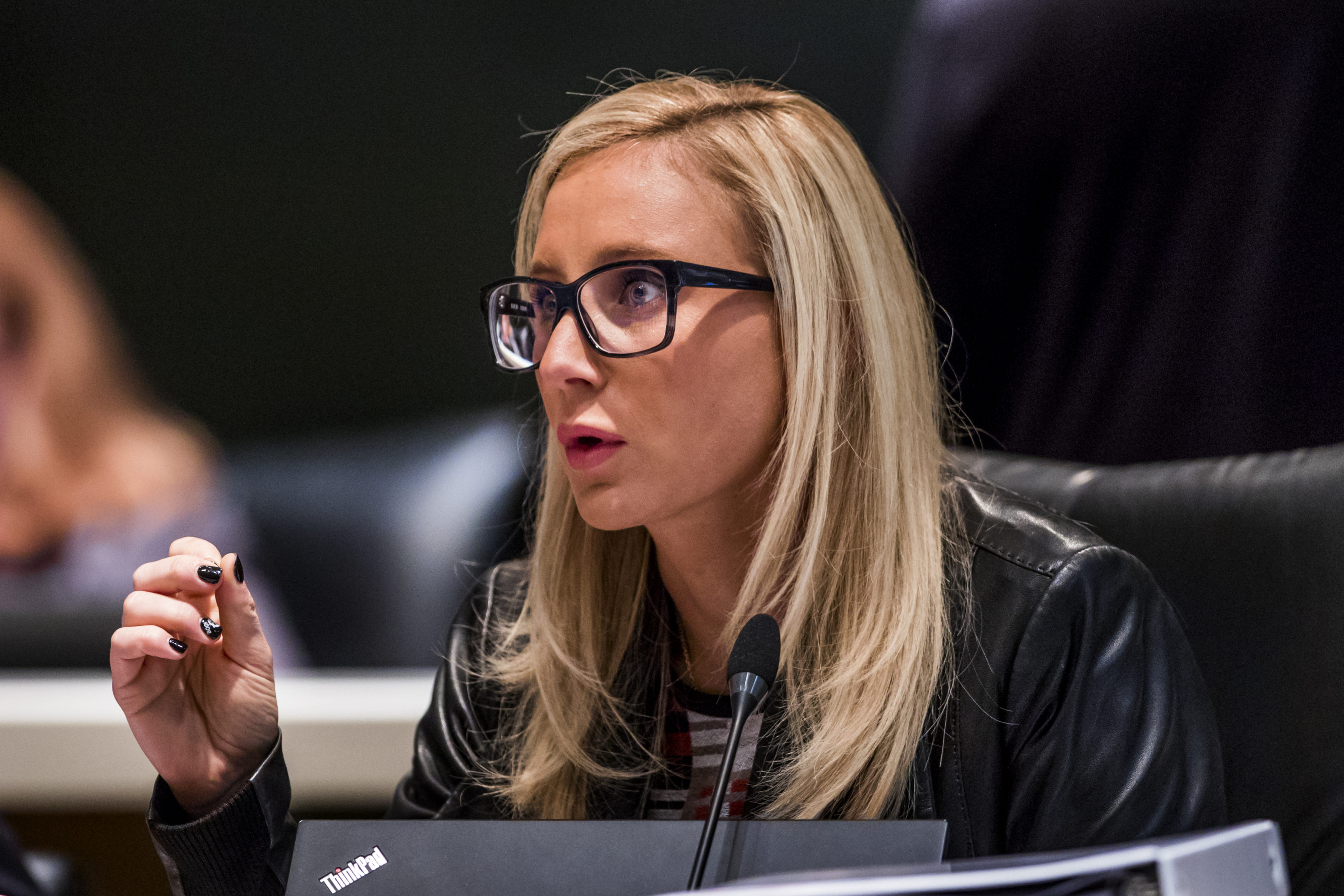 State Sen. Lauren Book says new proposals by the Department of Education to change the process for universities handling sexual harassment claims will ultimately be bad for victims.

In short, new rules proposed by Secretary of Education Betsy DeVos reduces the types of claims universities are required to investigate. And in those cases that are investigated, the changes grant more rights to those accused of abuse.

“We can, and must, condemn sexual violence and punish those who perpetrate it, while ensuring a fair grievance process,” DeVos said after announcing the changes.

“Those are not mutually exclusive ideas.”

But Book, one of the state legislature’s most vocal advocates on combatting sexual assault, says the changes are too tilted toward defendants to adequately protect potential victims.

Among the changes in DeVos’ proposal are three shifts aimed primarily at protecting the rights of the accused.

First, schools are required to investigate fewer types of complaints. Only formal complaints with campus officials must be investigated, and only if the incident occurred on campus or an area under the school’s control.

Now, harassment must fall under one of three specific buckets: Quid pro quo harassment, criminal sexual assault, or “unwelcome conduct on the basis of sex that is so severe, pervasive and objectively offensive that it effectively denies a person access to the school’s education program or activity.”

Those requirements under the third category, that the conduct be “objectively offensive” and impact the student’s education in some manner, appear to reduce what actions constitute “sexual harassment.”

Third, once an incident is investigated, DeVos’ proposals attempt to move the resulting hearings toward a more court-like atmosphere. The rules would allow representatives of each party, the accused and accuser, to cross examine one another.

The proposal also raises the standard of proof to show a claim of sexual harassment in some situations. Currently, schools are only required to use a “preponderance of the evidence” standard. That is: Was it more likely than not that sexual harassment occurred?

Under the new rules, universities must use a “clear and convincing evidence” standard. They can retain the “preponderance of the evidence” standard “only if it uses that standard for conduct code violations that do not involve sexual harassment but carry the same maximum disciplinary sanction.”

It appears, taken together, that fewer of these incidents will be reported and the burden of proof will be raised when they are.

But DeVos and other federal officials say these changes are necessary to protect the rights of the accused and ensure no one is punished unfairly.

Book countered those claims, saying the rules would hurt efforts to stop sexual assault on campus.

“In the wake of the #MeToo movement and reports of widespread abuse in a wide variety of institutions, we should be focused on empowering sexual assault survivors and ensuring justice is served. Instead, Secretary Devos’ proposal makes it even more traumatizing for crime victims to come forward.

“For example, allowing a perpetrator to cross-examine his or her victim is atrocious and forces a vulnerable person to relive his or her suffering,” Book continued.

But Book, who was a victim herself at a young age and established an organization to assist other survivors, says her experience leads her to believe these changes will do more harm than good.

“As a sexual abuse survivor, I know how powerless victims feel in the justice process, especially when being deposed. These rules will only make things worse,” she said. “I urge Secretary DeVos to reconsider her Title IX guidelines and instead concentrate on policies to reduce campus sexual assault.”

The Department of Education’s proposals must still go through a public comment process before they are finalized.

previousSunburn — The morning read of what’s hot in Florida politics — 11.19.18