Heading the list is top Florida and Washington, D.C. lobbyist Brian Ballard and his wife Kathryn Ballard of Tallahassee, who are chairs.

“We are excited to announce this special group of Florida leaders who have graciously agreed to serve on the 2019 Inaugural Committee,” the DeSantises said in a statement.

“The 2019 Inauguration will be a celebration of our great state as we move forward together toward continued success. The Inaugural Committee will play a critical role in organizing inclusive inaugural events which reflect the diversity and uniqueness of Florida.”

Other appointments, including current and former lawmakers and a bevy of influencers familiar to Florida Politics readers, are below:

For more information, go to rondesantis.com/inauguration. 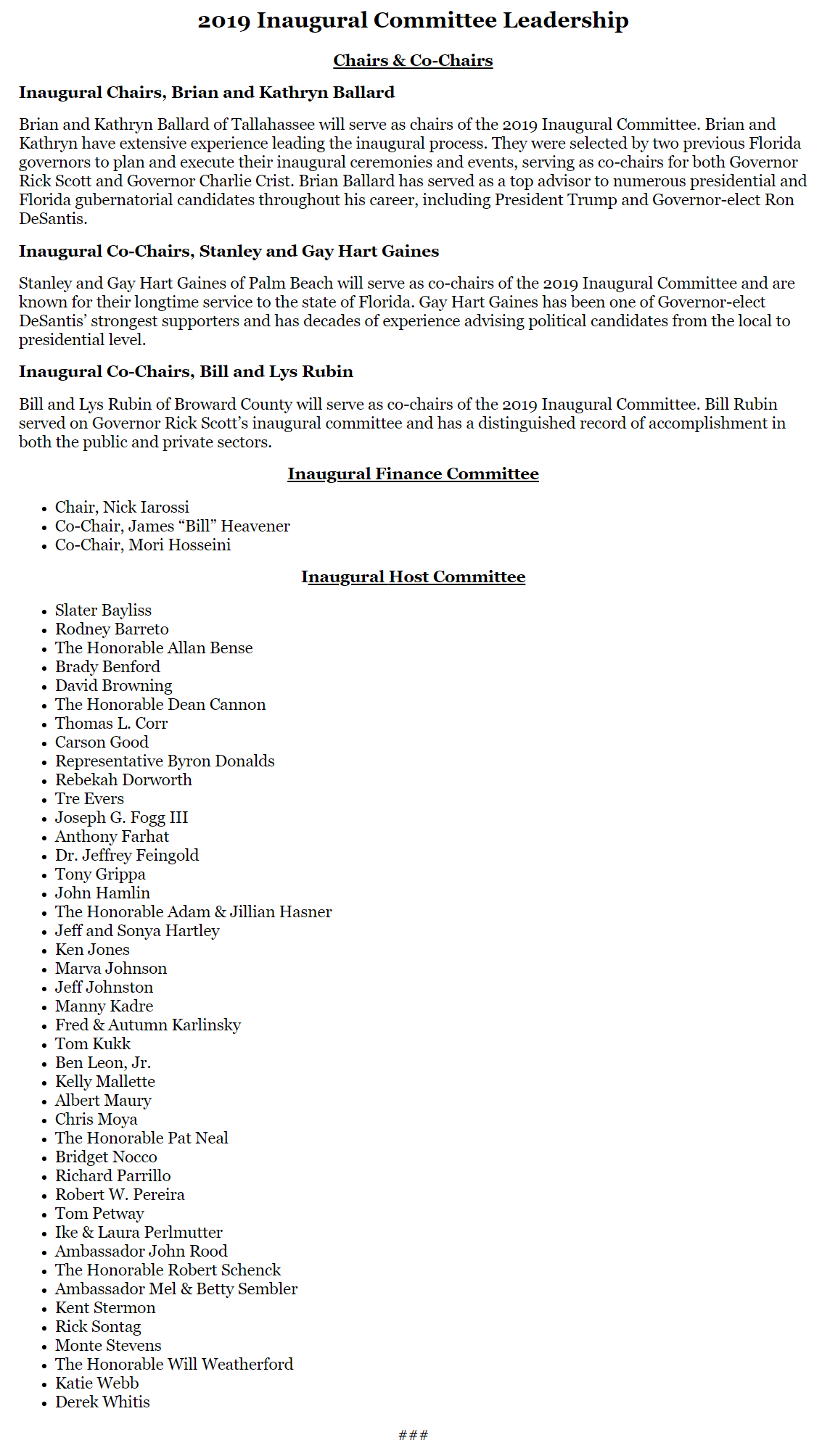