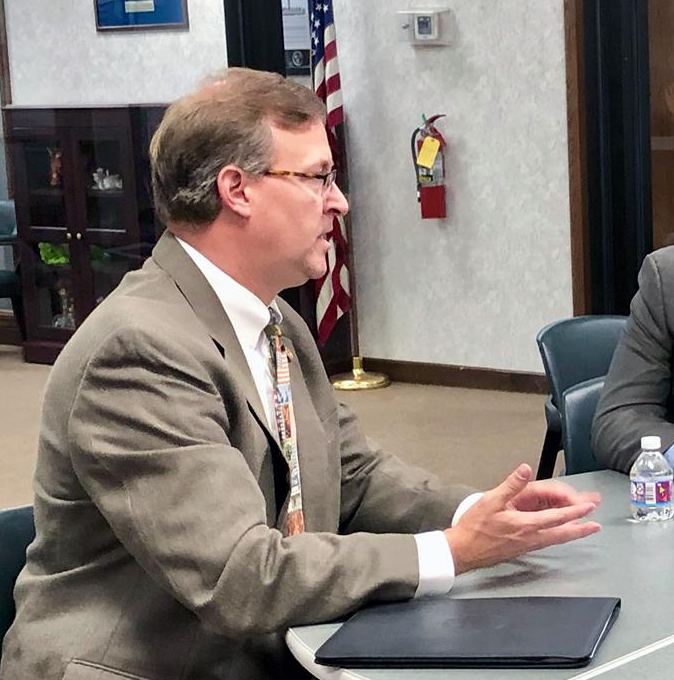 “If you fix something, you have to give us time to implement and iron the bugs out of whatever fix you make before you decide it isn’t working,” said Paul Lux, president of the Florida State Association of Supervisors of Elections.

As the state’s election supervisors look to a mid-winter conference scheduled a few weeks after the conclusion of a historic three statewide recounts, Lux certainly expects the topic of election reform to inform the conversation.

Lux knows something about the impact of reforms. He started working in the Okaloosa County Supervisor of Elections Office in 1999, a year before the controversial and deeply scrutinized 2000 presidential recount.

“Bush v. Gore was the first big … recount. It was historic and wasn’t supposed to ever happen again,” he said. “But here I am 20 years later and doing the same thing. Nobody ever anticipated we’d do three statewide recounts all at one time.”

Lux won election as Okaloosa’s Supervisor of Election in 2008 and in May was named president of the state association. Now, he’s once again leading the state organization as lawmakers consider reforms to the election process.

While he’s not interested in serving as an apologist for every elections decision made by supervisors around the state, Lux does defend his colleagues from criticism and urges lawmakers to look past the wild conspiracies and uninformed outrage that surfaced in the midst of the recount.

“As I explained to many of those who were listening to news reports at the time, everybody does things in conducting an election that from the outside may look strange,” he said.

Duplicating ballots that were emailed from overseas or which replace damaged ballots may look at to citizens who simply catch a glimpse of elections officials filling out ballots en masse. But the process remains secure and one of integrity.

He defended Bay County Supervisor of Elections Mark Andersen accepting email and fax ballots for some voters displaced by Hurricane Michael, noting he recommended Gov. Rick Scott allow that in an executive order for all storm-affected counties, though Scott did not do that.

And while Broward County Supervisor of Elections Brenda Snipes has resigned her post, she faced unprecedented pressure in the recount.

“Whether I think she should have resigned is immaterial,” Lux said. “You are talking about a woman elected by 70 percent of her voters that last time she stood for election.”

He acknowledged concerns among some election officials about the time frame for recounts, though he noted Florida suffers more criticism than many states. In California, officials have 30 days to certify election results, hence some close Congressional elections still being called now.

But Lux notes that in every county but one—Palm Beach County—election supervisors completed recounts on time. In Palm Beach, the problem seemed to be outdated equipment, and the cure may be better funding, not more time.

Lux does have an interest in changing rules on vote-by-mail ballots that arrive after an election concludes but were postmarked before.

“Everyone of us has seen issues since the U.S. Postal Service closed many of its regional processing centers,” he said. “That can impact elections, and I tend to agree we need to be looking at allowing at least a couple days after an election.”

previousBill again filed to make it harder to amend Constitution