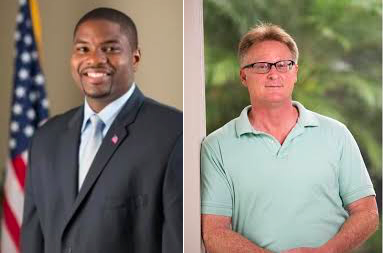 And it’s not Byron Donalds.

By a 42-36 vote, members of the Collier County Republican Executive Committee elected local activist Russell Tuff over state Rep. Donalds, a Naples lawmaker who ran with the apparent blessing of Governor-elect Ron DeSantis.

Tuff, who ran for Collier County Commission two years ago, made the case that Collier County would be better served by a chair devoted full-time to activism in the Naples area.

“I can portray a positive message of what we can accomplish,” Tuff told Florida Politics last week.

“With the personality and connections and really the overall personality of Russell Tuff, he will continue a lot of efforts made over the last two years to re-establish a direction and build the community ties and connections,” Kezeske said.

But what does this mean for Donalds, who seemed to be setting himself up for a run for Republican Party of Florida chair?

Some of those in the incoming Governor’s orbit saw promise in pushing the sophomore lawmaker for state chair.

Besides putting a strong policy voice on education issues in charge of the party, it would re-establish a connection between the Governor’s Mansion and the party.

Except what does it mean for party connections that Donalds couldn’t win his local chairmanship? Already, party leaders questioned if there’s any rebound possible for Donalds.

Kezeske at least doesn’t see this as an effort to abort Donalds’ state ambitions, nor a rebuke of DeSantis and his new administration.

In fact, Kezeske said if anything, party activists might happily have demurred to the new Governor had he expressly made it known he wanted Donalds as county chair.

“I don’t think we would even have seen an election,” he said. “I believe the full support of the REC would have been behind the will of the Governor.”

But no clear delineation ever got communicated to Naples Republicans, just rumors and, er, blog posts.

This may not even submarine Donalds’ ambitions, or at least it won’t rule them out.

Based on some of the individuals already seeking the chair, many party leaders anticipate a change in rules will be proposed soon that allows any at-large member of the Republican Party of Florida committee to seek the top post.

That could help someone like Peter Feaman, a Republican National Committeeman who recently lost his spot as Palm Beach County Republican State Committeeman.

And it could help a state lawmaker who wanted to run for chair, such as Donalds. So long as the appetite for his leadership remains.

But this all depends (in many ways) on whether Blaise Ingoglia seeks another term. And even if he does, there’s also longtime interested candidates like Evan Power and Christian Ziegler who have been eyeing the chair for the past few years.

It could be one county chairmanship was just one unconquerable obstacle for anyone jumping into the contest right now.