Lenny Curry challengers: all talk and no action? 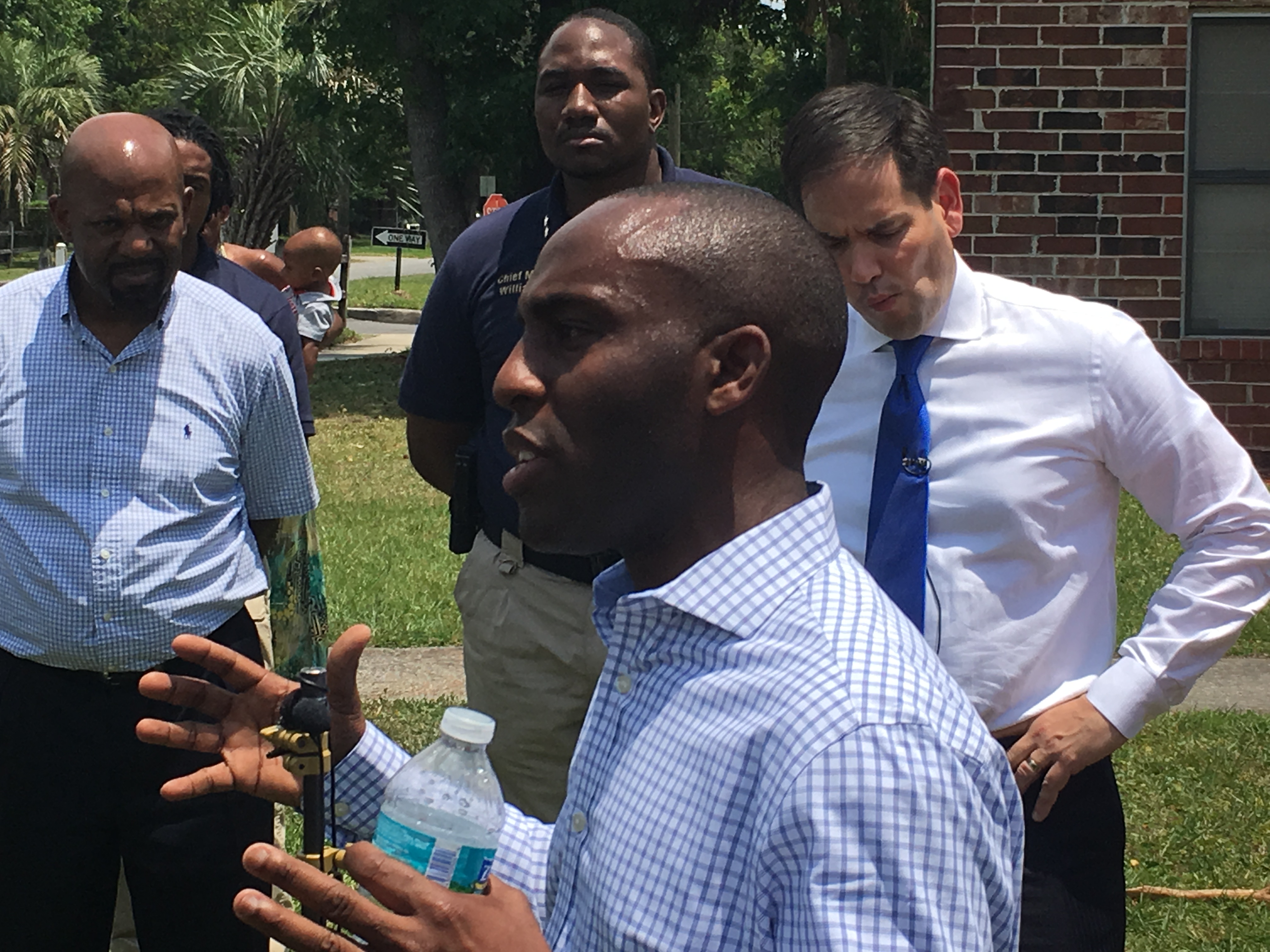 Councilman Garrett Dennis says batch foreclosures could be one of the "tools in the toolbox" for eliminating blighted properties in Jacksonville.

The qualifying deadline for Jacksonville city elections in 2019 is Jan. 11. And as of now, Mayor Lenny Curry is the prohibitive favorite for re-election.

Curry has drawn seven opponents as of Thursday morning. But the first-term Republican Mayor has somewhere over $3 million on hand. And his nearest opponent, independent candidate Connell Crooms, has just over $3,000.

That bodes well for Curry, endorsed by the political committee of the Jacksonville Chamber, backed by a wide swath of the city’s power elite, well-connected in Tallahassee with his “brother from a different mother” as Governor.

However, there are still rumblings of a challenge to Curry yet from a politician with a portfolio. And to that end, interested Jacksonville residents have an opportunity to have a “conversation” with one potential opponent Thursday evening.

Councilman Garrett Dennis, a first-term Democrat, already has a statewide political committee (though one with just $7,000 raised).

Dennis has beefed with the Curry team, including documenting alleged physical threats on the record.

At the same time, one former Curry staffer has claimed that Dennis intimidated her during a closed meeting.

Commentators, such as former Folio Weekly editor Claire Goforth, wondered where the hell the Democratic candidate for Mayor was six months ago.

While Yolanda Thornton, Howard Barnes, and Doreszell Cohen are filed as Democrats, there are questions about the political viability of a trio with $500 cash on hand between them.

On Thursday, the Councilman’s “conversation about the future of Jacksonville” will be “part of [the] decision-making process.”

He wouldn’t answer questions directly about running for Mayor against not only Curry but Council ally Anna Brosche, who also is rumored to be jumping into the mayoral race. Nor about a potential run against Supervisor of Elections Mike Hogan.

It’s all but a given he won’t run for Council. Recent meetings of the Rules Committee have been toxic, with members finding reason to complain about Dennis’ filing bills they consider specious, half-baked, or otherwise non-starters in the current political environment.

For Democrats, time to build an operation that can counter the road-tested and donor-approved machine behind Lenny Curry is rapidly running out.

Democrats having a conversation with Garrett Dennis tonight should, at minimum, urge him to be definite about next steps.

To even get Curry on a debate stage, Dennis (and Brosche for that matter) will have to satisfy some polling thresholds. Such as filing and demonstrating traction in time for it to show up in surveys.

Time is being wasted, meanwhile, when one considers what the Curry operation was doing this time four years ago, when polls showed popular incumbent Democrat Alvin Brown up big against him and the rest of the field.

It was pretty clear even then what Curry’s path to victory would look like. Discrediting Brown with key elements of the Democrat base. Bringing suburban Republicans back to their natural home. Reminding voters of the bumps in the news cycle during the Brown administration.

It helped that Council stalled out the pension vote until Curry was elected, sure. But Curry, who wasn’t a great candidate in terms of presentation at this point, already had the infrastructure going. He had staffed up and he had gotten key endorsements from Pam Bondi, Jeff Atwater, and Adam Putnam.

Other endorsements were to come, of course, such as Jeb Bush, Marco Rubio, Rick Perry, and Rick Scott. The only Republican of note to come through and not say kind words: Sen. Ted Cruz, in town with Duval Republicans in February.

Curry had also gotten a friendly chair in the Duval Republican Executive Committee: Robin Lumb, now a policy director for the city, ensured that the party’s endorsement went as smoothly as it could given the idiosyncrasies of the group conferring it.

Oh, and there was fundraising. As David Chapman, current spokesman for 4th Circuit State Attorney Melissa Nelson, wrote for the Jacksonville Daily Record in December 2014, Curry raised almost a quarter-million in November.

Alvin Brown, meanwhile, was trying to figure out the optics of messaging about a fundraiser in New York City with “embattled comedian” Bill Cosby.

Curry took the high-ish road, saying he would leave it to others to “question the integrity of [Brown’s] donors. What’s important to me is that this reminds people he was hanging out with movie stars in New York while budget priorities like police, libraries, and services most important to Jacksonville were being decided on.”

Perhaps there is just some massive groundswell of people who are ready to march to their polling places and vote Lenny Curry out. Perhaps they won’t respond to an endorsement a day for Curry starting soon after the holidays. Or to the oppo troves waiting on opponents to drive down their vote.

Perhaps Jacksonville voters are now so sophisticated that they recognize an oppo dump for what it is, standing by their candidates nonetheless. Recent history suggests otherwise.

Other questions for Dennis (and Brosche for that matter) include what happens if they win.

2018 has been a year of hypotheticals.

The sale of JEA. A potential insurgency taking aim at the machine.

2018 is almost over. Christmas decorations have been up for weeks. Winter is coming.

In fact, the chill is already here.