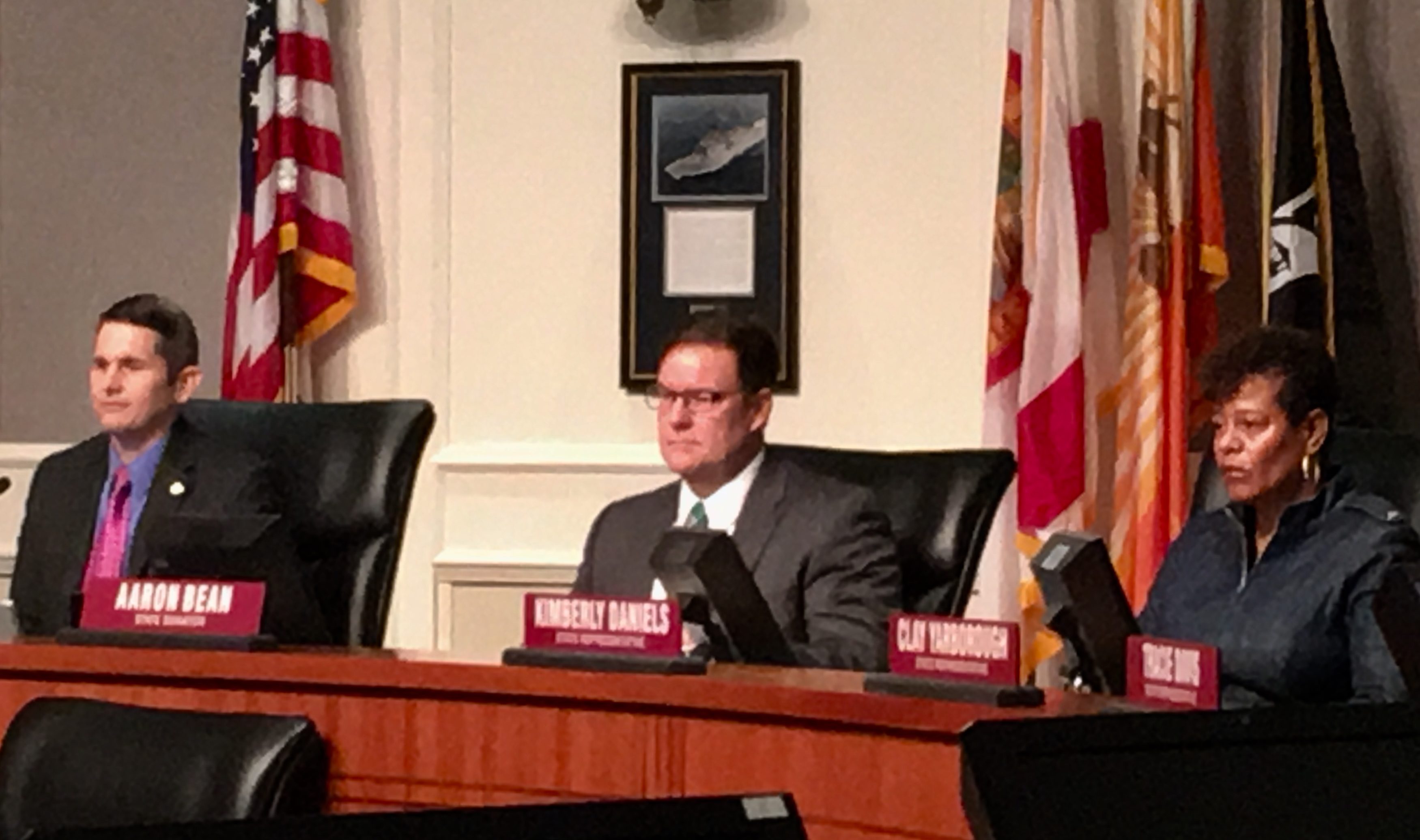 While the Mayor’s Office has had some conversations, we talked to five delegation members who had yet to hear from staff ahead of the conclave.

No matter: Curry’s team was confident going into the event. They generally have had good luck navigating Tallahassee on wishlist items, ranging from a vote to change the city’s pension system to getting state money to revamp the off-ramps of the Hart Bridge.

And in the green room ahead of the meeting, smiles and good vibes abounded between Curry chief of staff Brian Hughes and state Reps. Cord Byrd, Kim Daniels, and Wyman Duggan.

After the delegation elected Rep. Jason Fischer as chair and Daniels as vice-chair, Curry made his pitch.

Curry noted “success even before (he) was sworn in,” lauding the Hart Bridge and pension reform pieces, before passing the mic to senior staffer Jordan Elsbury for specifics.

Elsbury noted that the administration would reach out in the coming weeks with priorities related to “public safety and infrastructure,” with all bills tied into that “narrative.”

Elsbury also noted that delegation members could, as Chairman Fischer did, move their offices into City Hall.

“Crime and safety are high on our list,” Bowman said. “We know where there’s poverty, there’s crime.”

“Resiliency … Matthew and Irma came through and put some hard hits” on Jacksonville, Bowman said, hoping to “partner with the state.”

Bowman also noted the homelessness issue, pointing out the need for “affordable housing.”

School Board chair Warren Jones wanted a half-mill increase for the property tax, to pay for “hardening of our facilities … desperately needed.”