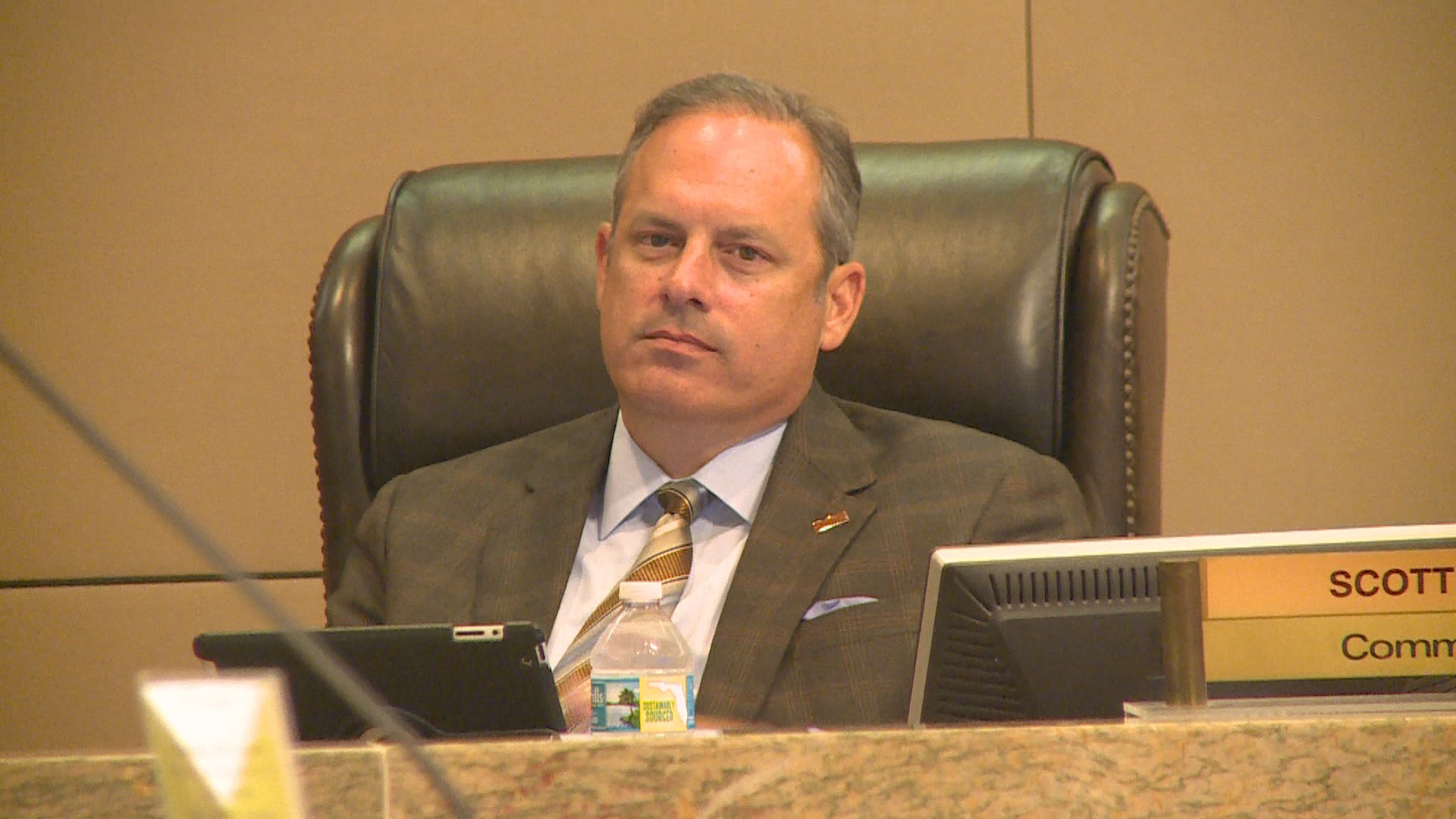 Gov. Rick Scott later in the day signed an executive order indefinitely suspending Maddox from office without pay, saying it was “in the best interests of the residents of the city of Tallahassee.” And Carter-Smith resigned from the Downtown Improvement Authority by day’s end, the Tallahassee Democrat reported.

With their ankles shackled, the two appeared before U.S. Magistrate Judge Charles Stampelos to discuss pre-trial release conditions. The indictment, secretly filed earlier this week, was unsealed after they were in custody.

Both Carter-Smith and Maddox, represented by different pairs of attorneys, entered not-guilty pleas at their first court appearance.

Prosecutors told Stampelos that the investigation into public corruption in Tallahassee is “still ongoing” when attorneys representing Maddox and Carter-Smith requested a list of the witnesses interviewed by federal agents and sourced in the indictment.

The prosecutors feared releasing such information could affect the ongoing investigation, which the FBI launched in 2015. Stampelos, however, permitted the disclosure of a basic witness list to Maddox and Carter-Smith and their attorneys.

As part of their release conditions, Maddox and Carter-Smith are required to turn over their passports. Stampelos also ordered them to stay within north Florida.

Charges include “conspiring to operate a racketeering enterprise that engaged in acts of bank fraud, extortion, honest services fraud, and bribery.

“Maddox and Carter-Smith are also charged with substantive counts of bank fraud, false statements to financial institutions, extortion, honest services fraud, use of interstate facilities in furtherance of bribery, false statements to federal officers, conspiracy to interfere with the lawful function of the … IRS, and filing false tax returns.”

The indictments are the first to come out of the FBI investigation into crime and corruption in the capital city.

Maddox has appeared to be a focus of the investigation, in part because subpoenas issued in September 2017, shortly after the investigation became public, sought communications between the commissioner and aides, including Carter-Smith.

Maddox, a former Tallahassee Mayor and Florida Democratic Party chair, allegedly voted on and influenced others to vote on actions that “benefitted the businesses that paid” Governance, according to the indictment.

The indictment also alleges that Maddox and Carter-Smith lied to the FBI and the Florida Commission on Ethics during the course of the investigation.

It also claims the pair hid “the fact Maddox was being paid by companies doing business with the city” from the City Attorney and the City Commission.

As well, the indictment says the pair defrauded a bank of more than $250,000 through two short sales of property and violated federal tax laws.

A copy of the full indictment is here. The Northern District’s summary of the charges is here.