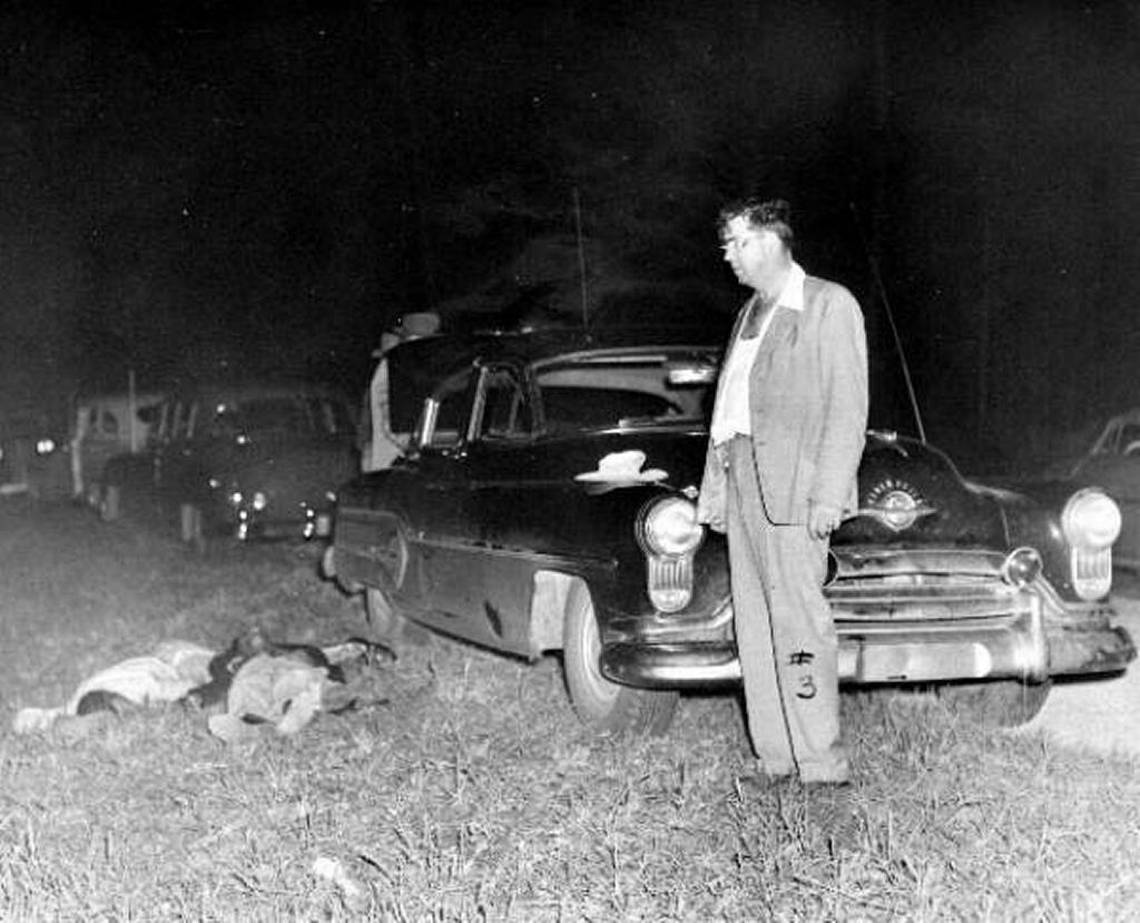 Though he didn’t explicitly say he’s prepared to issue the pardons, DeSantis called the Groveland Four “victims” and expressed strong sympathy with the cause seeking belated justice for four young black men falsely accused of raping a white woman in 1949. He called on all Floridians to learn about and from the case.

“Seventy years is a long time. And that’s the amount of time four young men have been wrongly written into Florida history for crimes they did not commit and punishments they did not deserve,” DeSantis declared in a news release issued by his transition office. “Justice was miscarried for the Groveland Four beginning with events set in motion in 1949. Though these men now lie in graves, their stories linger in search of justice.”

Advocates of the pardons quickly hailed the announcement.

“@RonDeSantisFl, thank you for recognizing the injustices done the #GrovelandFour for ‘crimes they did not commit & punishments they did not deserve,'” tweeted Chris Hand, who represents a coalition of family members of the Groveland Four and advocates for them. “We greatly appreciate your making @TheGroveland4 & their families one of your first priorities as Governor.”

The Groveland Four were Ernest Thomas, who was shot and killed by a mob shortly after the false reports of rape were filed in 1949; Samuel Shepherd, who was shot and killed while in custody; and Walter Irvin and Charles Greenlee, who were convicted and imprisoned. The trials were sensations, with profound racist overtones. Overwhelming evidence following the trials revealed cases of false reports, manufactured evidence, and lies in one of the historic cases of Florida’s Jim Crow era.

Two recent books have explored the case in detail and revealed the injustices to the world. In 2017 the Florida Legislature unanimously approved a resolution decrying grave injustice, apologizing, and calling for the pardons. Yet in the 20 months since, the Executive Clemency Board led by Gov. Rick Scott has not considered the case, through seven meetings.

On Tuesday, Florida’s Republican U.S. Sen. Marco Rubio took to the U.S. Senate floor, where he called for the pardons.

Technically, the pardons would only apply to Irvin and Greenlee, the only two who lived long enough to be convicted.

However, families of all four, working through the organization Hand represents and with key, interested lawmakers, then state-Sen. Geraldine Thompson, who now is a state representative from Orlando; state Sen. Gary Farmer and state Rep. Bobby DuBose, both of Fort Lauderdale, and with the authors, Gary Corsair and Gilbert King [who won the Pulitzer Prize for his book] have made desperate pleas for pardons.

“This is a very hopeful development, and it’s reassuring to see the momentum build to exonerate these men and bring some relief to their families who have waited so long for justice,” King stated in an email to Florida Politics.

On Wednesday, informed of Patronis’ decision to put the matter on the agenda for the next Executive Clemency Board, Greenlee’s daughter Carol Greenlee emotionally declared, “Thank you Jesus!”

DeSantis urged all Floridians to become acquainted with the case and to learn from it.

“I appreciate the Legislature’s unanimous resolve and CFO Jimmy Patronis’ recent request that the Clemency Board consider the case. I look forward to reviewing the report of the Office of Executive Clemency and making the cases of the Groveland Four a priority for the first meeting of the Florida Cabinet in January. This is an appropriate action first acknowledged when Gov. Leroy Collins commuted one of the victims’ sentences in 1955. And make no mistake: these men were victims,” his statement read.

Convinced there was injustice, Collins commuted Irvin’s sentence from death to life. Greenlee, who was a minor in 1949, was sentenced to life. Both got out of prison in the 1960s. Irvin died in 1969, Greenlee in 2012.

“I urge all Floridians to become acquainted with the facts of this case. And not only Groveland, but we must all learn from the past in its fullness. We should be shocked by the acts of evil that were done yet inspired by the men and women of good will who have refused to let sleeping dogs lie.

“I believe the rule of law is society’s sacred bond. When it is trampled, we all suffer. For the Groveland Four, the truth was buried. The perpetrators celebrated. But justice has cried out from that day until this.

“Seventy years is a long time to wait, but it is never too late to do the right thing.”