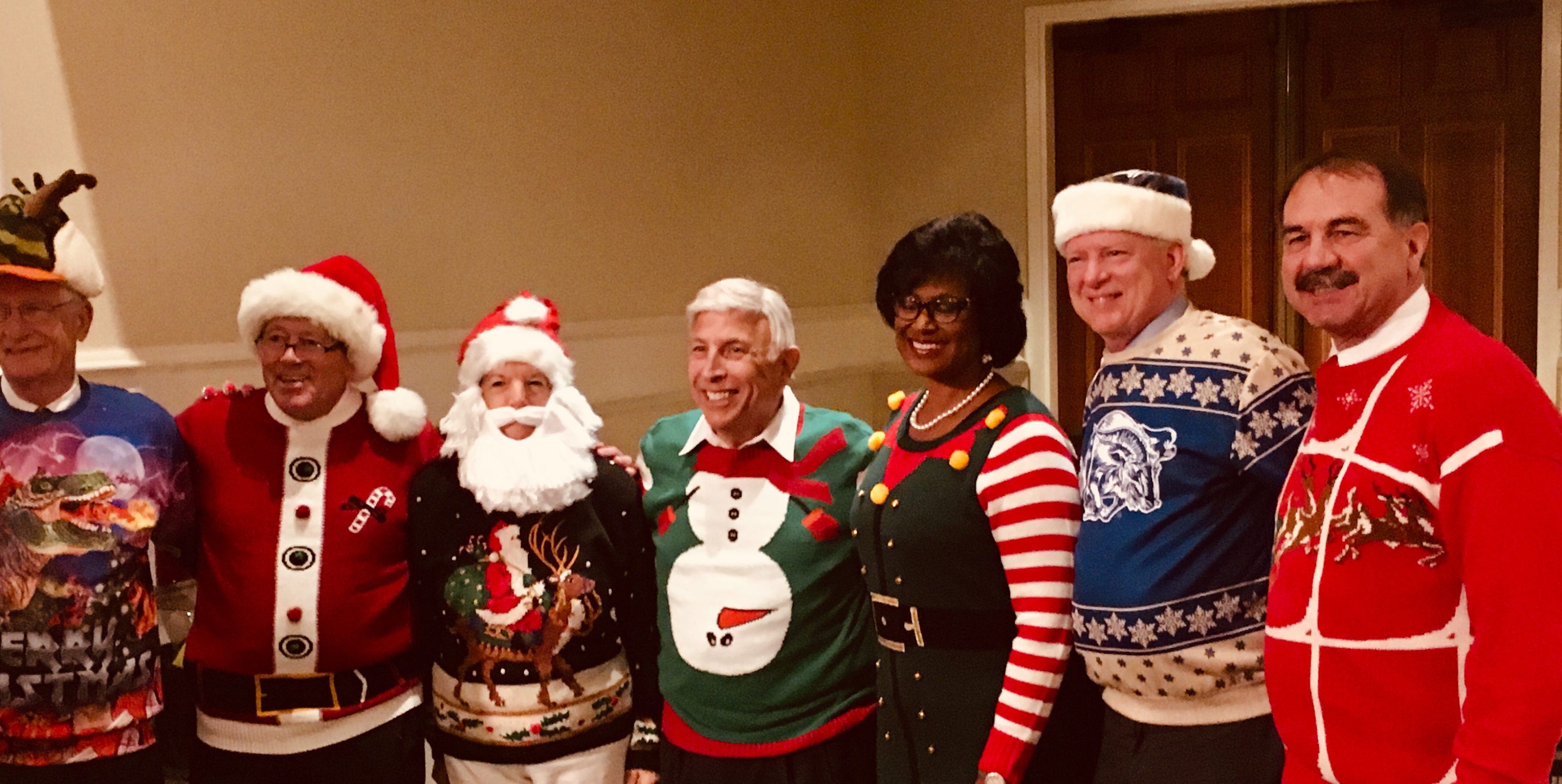 Jacksonville City Hall is closed today, and its denizens are (at least in theory) at home and enjoying presents.

Below, a live look at the action at the Lenny Curry household, where this scene replays every thirty seconds.

What about the rest of #JaxPol though?

In an effort to ensure that no pol is left behind, some Christmas gift suggestions that supporters or whomever are welcome to take up.

And, yes, we even have another one for the Mayor below.

Anna Brosche: It looks like she’s seriously considering a run for Mayor. She’s having a women-only brunch event New Year’s Day. But nothing is set in stone.

If so, we can guarantee that Lenny Curry’s campaign will have a present for her.

This went viral in certain quarters when Brosche was Council President.

In this clip, Brosche talks about how she worked to “display her ownership of a room.”

What will Tim Baker do with those quotes and others?

Aaron Bowman: Sunshine Laws likely don’t permit the end of public comment, a true wishlist item for folks on the dais and reporters alike. However, our Christmas wish is that the next six months of public comment (a seeming bane of Bowman’s existence) are as uneventful as possible.

The reality, though, is that we are probably going to see at least one pre-election public comment period shut down, given the understanding by people dealt out of the political process that, while they may not have votes for their positions, at least they have theater.

Bill Gulliford: A 2019 calendar and a magic marker. A Montana retirement awaits when his term ends in June.

John Crescimbeni: A Council resolution making the soon-to-be-termed out Democrat “Inspector General in waiting,” a position that is as much a curse as a blessing. Seems inconceivable that Crescimbeni doesn’t have future plans. A second present: a phone card, so he can tell us if he has one more campaign in him.

Travis Cummings and Rob Bradley: The Clay County Representative and Senator run budget for their respective chambers, and have run point for Jacksonville initiatives in the past. With this in mind, honorary membership to the Duval Delegation? Bradley’s district includes a scad of rural counties and Clay, so what’s one more?

Wyman Duggan: Sincere wishes that his tenure in Tallahassee finds him as beloved as he is by those he lobbies on the City Council.

Kim Daniels: Hopes that the local Democratic Party and she find a way to let the healing begin. They’ve already tried to submarine her twice and she’s beaten them both times in primaries stacked against her. They may not line up with her on social issues. But they are stuck with her; she’s arguably the best politician in the city when it comes to building coalitions and navigating the local political spectrum as it is, not as people might wish.

Lucy Pearson: Pearson has been the gatekeeper to the Council offices for a while now. Her Christmas present? Someone to take an oral history of her best stories. Perhaps in podcast form.

Between her insights, those of the corresponding people in the Mayor’s Office, and the security crew, one gets the best sense of who the people actually are that steer public policy.

Lenny Curry: A parody account that’s worth a damn. No one gets those right.

Also, a special waiver from the Jags to let Curry prowl the sidelines as a coach for the last game of the regular season. Perhaps he can even call a play, a la Richard Nixon for George Allen’s Washington football team.

Shad Khan: What do you get the man who has everything?