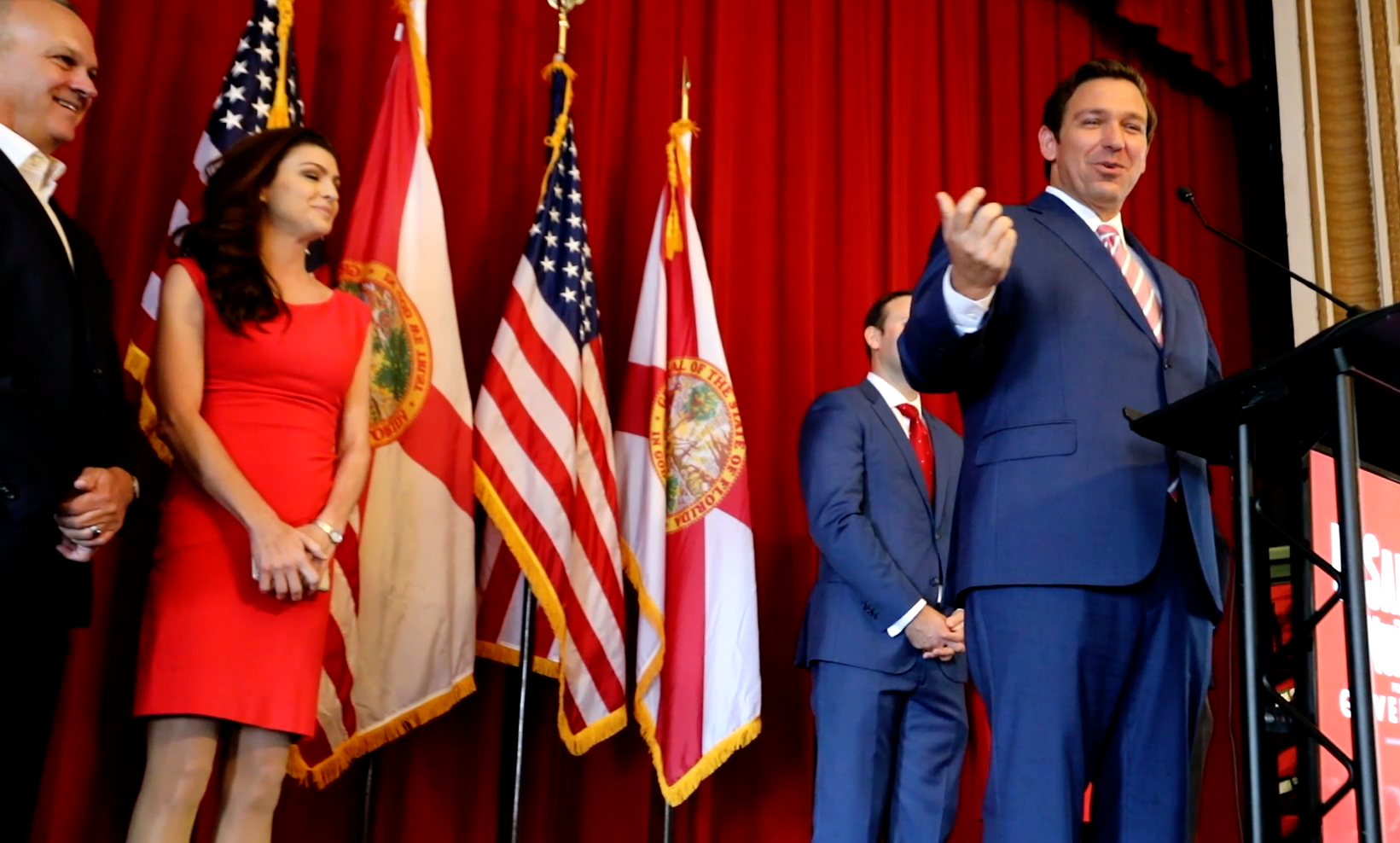 Ron DeSantis will be Florida’s youngest governor in more than a century when he takes office on Tuesday.

DeSantis, a former congressman from Ponte Vedra Beach, turned 40 about two weeks after he won the Aug. 28 Republican primary. He will be the youngest governor on Inauguration Day since Park Trammell took the oath of office on Jan. 7, 1913, as a 36-year-old former attorney general.

DeSantis family will underscore the youth of the new administration. The new governor and his wife, Casey Black DeSantis, a Jacksonville television personality whom he married in 2009, are the parents of a 2-year-old daughter and a son who won’t celebrate his first birthday until March.

“I think he comes with a fresh perspective. He’s not hamstrung or tied up in a lot of the decisions and prejudices of my generation perhaps,” Don Gaetz added.

Along with DeSantis’ youth comes a rock-solid conservative record. He was endorsed early by President Donald Trump, whose outspoken support helped propel DeSantis by the better-known and better-funded Agriculture Commissioner Adam Putnam in the GOP primary.

Serving nearly three terms in Congress, DeSantis was one of the most conservative lawmakers in Washington, D.C. He was a founding member of the Freedom Caucus, a hard-line faction that has pushed for reductions in federal spending, advocated for tougher immigration measures and called for the repeal of the Affordable Care Act.

DeSantis will succeed Scott, a similarly conservative Republican who is headed to the U.S. Senate. And the new governor’s policies on issues like limits on state spending and reducing taxes and regulations may not differ much from Scott’s two terms.

But some of DeSantis supporters say the new governor’s leadership style will be more reflective of someone born in 1978 rather than someone who grew up in the 1950s.

Don Gaetz, 70, cited an example of allowing the use of medical marijuana, which has been endorsed by voters but has lagged under the Scott administration.

“With Gov. DeSantis, you’ll have somebody who is not as tied up in the way we always did it,” Gaetz said.

He also said DeSantis has the potential to be one of Florida’s “greenest” governors, with the new governor pledging to immediately deal with the problems of toxic algae and water pollution.

“I think he is willing to look at science and facts,” Gaetz said. “He is coming from a generation that wants to find pragmatic solutions, not necessarily regulatory solutions. They might be innovative solutions, but solutions nonetheless to environmental issues.”

The combination of conservatism and youth may play out in one of DeSantis’ earliest and most important decisions. He will name three new justices to the Florida Supreme Court, replacing justices who face mandatory retirement on Tuesday.

DeSantis will make his appointments from a nomination list of 11 judges and lawyers who all have conservative credentials. DeSantis’ appointments are expected to establish a solid conservative majority on the state’s highest court.

And that conservative majority may be extended if DeSantis selects younger nominees, with four of the 11 being 40 years old or younger. The new justices, under a recently approved constitutional amendment, can serve until age 75.

The flipside to DeSantis’ youth is his inexperience. It is particularly acute in Tallahassee, where he has never served but where he will now effectively be the chief executive of a $90 billion enterprise.

DeSantis has countered such questions with a series of key appointments to state agencies and to his governor’s office staff, with many of the appointees having experience in state government.

One notable move has been DeSantis’ support of former House Speaker Richard Corcoran, a Republican from Land O’Lakes, to serve as the new education commissioner.

With a half-dozen years as a federal lawmaker, DeSantis may get off to a better start with the Legislature than Scott, who had no political experience when first elected in 2010. DeSantis’ efforts will be helped by his Lieutenant Governor, former state Rep. Jeanette Nunez, a Miami Republican who was part of the House leadership team.

Don Gaetz said Nunez will be a “valuable asset” for the new Governor.

“Jeanette was a very successful legislator and has excellent relationships in both the House and Senate and with Democrats and Republicans,” Gaetz said.

DeSantis was born on Sept. 14, 1978, in Jacksonville but grew up in Dunedin. He has an undergraduate degree in history from Yale University and a law degree from Harvard University.

He is a U.S. Navy veteran who served in the Iraq War and was a legal adviser at the Guantánamo Bay detention facility, which houses suspected terrorists.

DeSantis won election in 2012 to an open congressional seat, which now includes Volusia and Flagler counties and portions of St. Johns and Lake counties. He was re-elected in 2014 and 2016. He left office late in his third term to focus on running for governor.

The inauguration events for Florida’s 46th governor begin Monday in Tallahassee, with the highlights including DeSantis’ inaugural address on Tuesday on the east side of the Old Capitol.