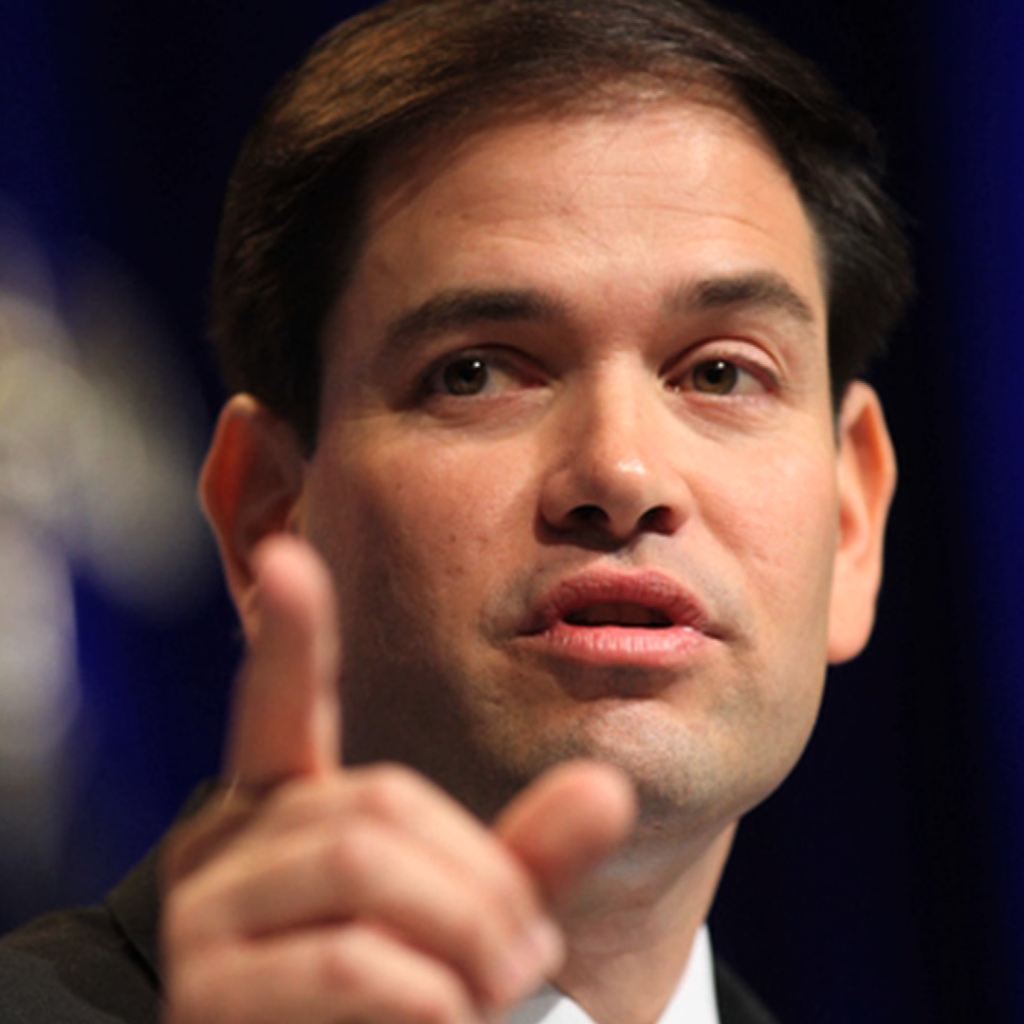 As the 2016 Republican presidential primary lurched ahead this week, no GOP prospect had a ride quite like Marco Rubio.

Less than 24 hours later, Rubio was everywhere – seizing the moment presented by President Barack Obama’s shock announcement the U.S. would restore relations with Cuba to become the face of the Republican opposition.

Rubio continued his media blitz on Thursday, hammering away at the Obama administration in Miami: “The implications of this decision will extend far beyond just Cuba,” the 43-year-old Rubio said at a news conference. He spoke there a day after granting more than a dozen national television interviews on the subject from Washington and being anointed by incoming Senate Majority Leader Mitch McConnell as the lawmaker who “knows more about this than almost anybody in the Senate – if not everybody in the Senate.”

Just weeks before he’s set to declare his 2016 intentions, the timing and foreign policy focus play to Rubio’s advantage.

Rubio’s roots have long been a regular feature of his stump speech. As the son of Cuban refugees, he passionately showcased his foreign policy expertise on national television this week and used the opportunity granted by Obama’s unexpected action to try and step firmly out of Bush’s shadow.

While Bush will be a dominant figure in the contest, more than a dozen high-profile Republicans are seriously considering White House bids. South Carolina Sen. Lindsey Graham and former New York Gov. George Pataki said this week they, like Bush, are considering a run.

Some, like Rubio, have been laying the groundwork for a presidential campaign for much of the last year.

The Florida senator has worked quietly with advisers in New Hampshire and South Carolina for several months as he decides whether to seek the presidency or another term in the Senate in 2016. He visited Iowa three times this year, having also dispatched aides there for several weeks to benefit Republican Sen.-elect Joni Ernst in the midterm elections. The three states host the first three contests in the presidential primary calendar.

At the same time, Rubio has been courting top donors in Washington and elsewhere. Tennessee Republican Sen. Lamar Alexander dismissed the idea that Bush’s move would seriously hurt fundraising by Rubio or anyone else.

But Alexander, a former governor and two-time presidential contender himself, seemed far more enthusiastic about Bush.

“The one training ground in the country that’s most like the presidency is the governorship,” Alexander said. “There you have a job of setting the agenda, developing a strategy … and persuading half the people you’re right.”

Alexander is not alone. Early indications across Florida and elsewhere suggest major donors and political leaders would favor Bush if he runs, although Rubio has yet to begin his formal campaign to change their minds.

Aides report Rubio planned to maintain a low profile until the beginning of a national book tour set to begin in mid-January. But the emergence of the Cuba debate reset his plans, and he now expects to play a leading foreign policy role for the GOP’s new Senate majority next year.

McConnell said this week that he defers to Rubio in the debate given Rubio’s expertise on U.S.-Cuban matters, while Rubio vowed to prevent Obama from opening an embassy on the island nation with its own ambassador.

“He’s going to have a heck of a fight on his hands to get it funded as long as I’m in the U.S. Senate,” Rubio said.