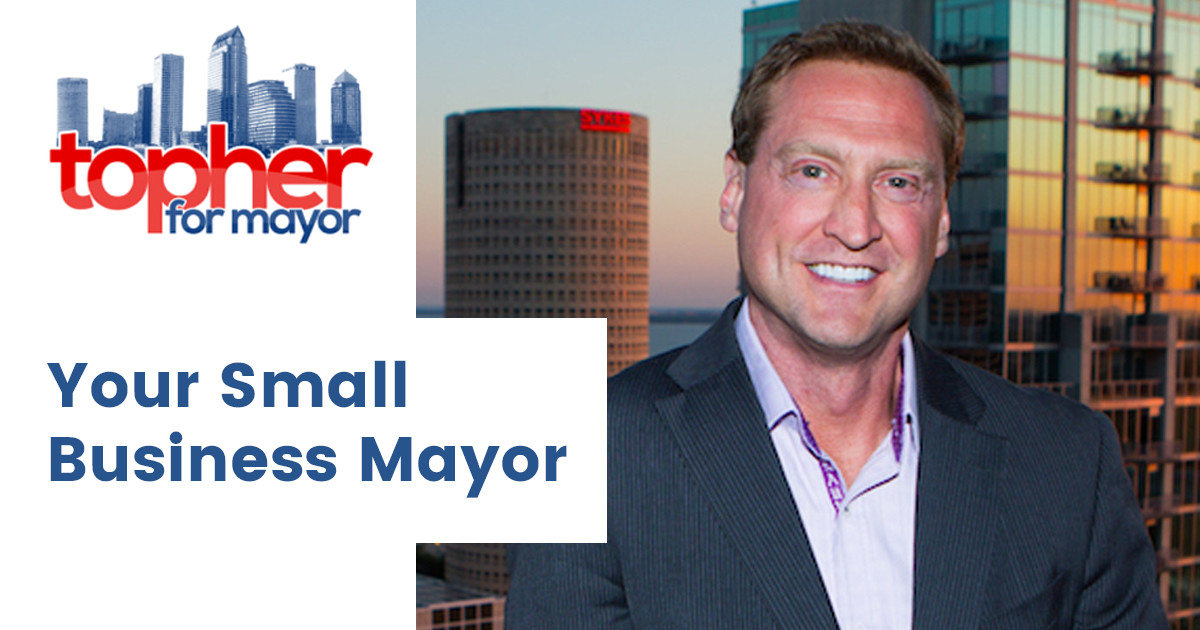 Tampa mayoral candidate Topher Morrison is being accused of sexual harassment by a former employee.

Elizabeth Longden worked for Morrison at his company, Key Person of Influence, for exactly one day. She emailed Morrison that she felt uncomfortable in the office and would not be returning and asked that he not contact her again.

Longden’s discomfort came after she saw a series of private messages intended for Morrison from women Longden assumes were Tinder matches. She said there were messages from six to eight women all with different names and most of whom had last names listed as “Tinder.”

Some of those messages were of women posing nude including one in which a woman had an item “inside her,” Longden explained.

Taken on its own, Morrison’s messages are private. He’s a single man so it’s no surprise that he’d be dating. And if the messages containing explicit content were consensual, no harm, no foul.

The problem for Longden is how she came to view the messages.

When Longden arrived at Morrison’s downtown Tampa office on August 14, 2017 for her first day of work as his executive assistant, Morrison pointed her to in iMac she would be using for work.

As Longden explains, when she logged into the computer she immediately started receiving iMessage notifications on the desktop. Not knowing for whom they were intended, and at this point the messages were harmless, Longden asked Morrison if she should log out of whoever’s iMessage account it was receiving the messages.

For those uninitiated to Apple products and the company’s interface across users’ multiple devices, someone who has an iPhone can use their Apple ID to log into iMessages in iTunes in order to receive messages on their MacBook, iMac or iPad. When an Apple user is using the alternative device, the iMessage notification, which come only from other iPhone users, display on both the user’s phone and the device in which they are logged into.

After asking Morrison about the messages, she says he informed her that it was his account and not to log out.

And that’s where there’s a problem.

“He had to have known I was seeing these messages because he was getting them too and he knew he was logged into the computer I was using,” Longden said in an interview with Florida Politics after first talking about her experience on WMNF Community Radio’s MidPoint Thursday show. (This reporter hosts the same show on Fridays.)

Longden was adamant that Morrison knew she was receiving messages because she directly told him.

If Morrison indeed was aware that photographs from women containing pornographic content, as Longden claims they did, were displaying on an employee’s work computer, that’s problematic.

But Morrison claims he had no idea. Morrison offered this statement in response to Longden’s claims.

“Since the previous assistant had left two months prior, the computer given to Ms. Langdon needed necessary system updates. However, the password for the device was not known by anyone at the office. In the interest of time, I used my iCloud account to update the computer. As with any Apple device, once a new device is logged into, it synchronizes messages and other content from all Apple devices connected to that account.

“In this case, it began downloading several months’ worth of messages. When the text message notification comes up on the screen of a Mac computer, the entire message can’t be read; and if there is an image in the text message it appears smaller than 1 square centimeter.

“The only way Ms. Longden could have seen images of my partner and read our intimate messages was if she willingly clicked on the notification bar to open it. If she didn’t want to read or see these messages, she knew how to turn off notifications on the Mac. Even if she had forgotten how to do that simple task, there was no need to open the messages, they slide onto the screen and disappear 2 seconds later.

“If the sound of the notifications was annoying to her, as she claimed on the radio, she could have muted the computer. These are very basic Mac features, and Ms. Longden claimed Mac proficiency; which was an important part of the job description and one of the reasons that she was hired.”

Morrison’s campaign added: “Ms. Longden opened the notifications, and upon learning of the contents, did not immediately notify Mr. Morrison of the oversight. Had it been brought to his attention, the situation would have immediately been remediated.”

Longden admits she never said anything to Morrison about the explicit content she was receiving. She said the layout of the office did not create a space in which she felt comfortable having an uncomfortable conversation with her new boss and his digital sexual exploits. And, as she shared on the radio, she “in no way felt comfortable exclaiming, hey, whose vagina is on this desktop?”

Morrison’s campaign also questions the timing of Longden’s accusation. The incident she described happened more than a year ago long before he announced his bid for Mayor. Longden explains she decided at first not to report the incident to anyone because she just left and considered the awkward experience over.

She recalled what happened uncomfortably months later when she saws news of Morrison’s bid for Mayor, but still chose to say nothing because he was a self-described underdog who didn’t seem likely to win.

It wasn’t until it seemed like Morrison’s campaign was starting to gain momentum that she decided to say something.

“I just want people to know what kind of person he really is,” Longden said. “Someone like that should not be mayor.”