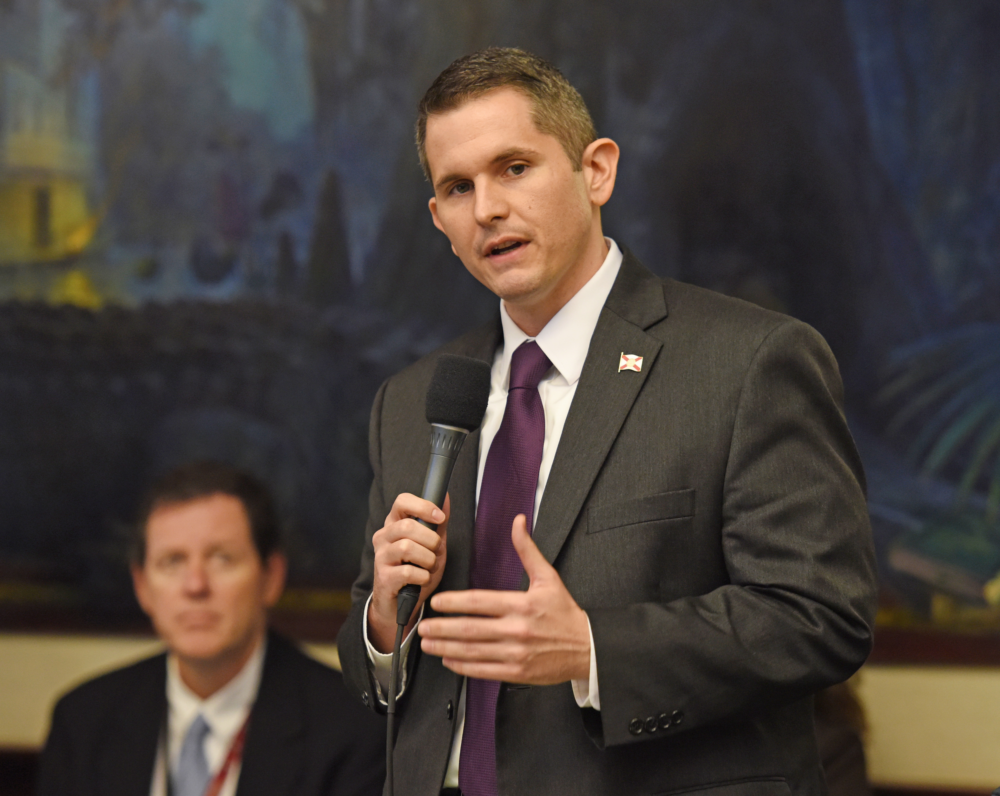 "...Unique opportunity to be at forefront of autonomous vehicle policy"

Submitted Thursday, the bill (HB 311) includes several provisions to get autonomous vehicles, or AVs, rolling on Florida roadways — even if there isn’t a person in a passenger seat.

It defines many terms in the statute, including “automated driving systems” and “fully autonomous vehicles.”

The former describing the hardware and software backbone of AVs and the latter being any vehicle equipped with such a system that is able to function without anybody on board. If an AV is involved in a crash, they would be exempt from certain laws so long as the car or a person contacts a law enforcement agency.

The Florida Turnpike Enterprise is currently partnered with Florida Polytechnic University, the Florida Department of Transportation and Central Florida Automated Vehicle Partners to run the SunTrax testing facility, which is expected to open in April.

“Technology is advancing at a rapid pace, and Florida has a unique opportunity to be at the forefront of autonomous vehicle policy. Autonomous technology has the capability to eliminate human error on our roadways, making everyday modes of transportation drastically safer for Floridians,” Fischer said.

“Autonomous vehicle technology will ensure our transportation modes serve all Floridians, providing opportunities for the elderly and special needs communities to have an independent and reliable source of transportation.”

That assertion is given credence by early endorsements from AARP Florida and the Florida Council of the Blind, both of which said it would improve transportation options for their members.

“If done right, automated vehicles can do something truly remarkable and historic: they can better enable people, especially those with disabilities, regardless of age, geographic location or socio-economic factors, to have choices in mobility and delivery opportunities that more fully meet their needs and help combat social isolation. We applaud Representative Fischer and other legislators for bringing this issue forward, to help make Florida age-friendly for all of its residents,” said Jeff Johnson, the head of AARP Florida.

St. Petersburg Republican Jeff Brandes will file the Senate companion. “Since 2012, Florida has been at the vanguard of automated vehicles. This legislation recognizes the advancements in technology as we move toward shared mobility,” he said.

Fischer and Brandes have been the two most vocal lawmakers on autonomous vehicle policy since the nascent technology started gaining traction.

In the 2018 Legislative Session, the pair sponsored bills similar to the 2019 version announced Thursday. In 2012, Brandes pushed for legislation encouraging testing and study of automated vehicles in Florida.

That push led Brandes to request some self-driving cars be demoed for lawmakers at the Florida Capitol. Google obliged, taking lawmakers around the city and then out to the freeway where speeds hit 70 mph.

Late last year, Fischer also hosted a panel at Florida Internet & Television’s FITCon 2018 where he and lobbyist Chris Spencer of GrayRobinson, a former chief aide to Brandes, expounded on their visions for connected cities, including autonomous vehicle tech. Spencer has since become policy director to Republican Gov. Ron DeSantis.

“Eventually, in a couple of decades, driving a vehicle is going to be like riding horses. Fun to do but you don’t do it to work,” Fischer said in November.