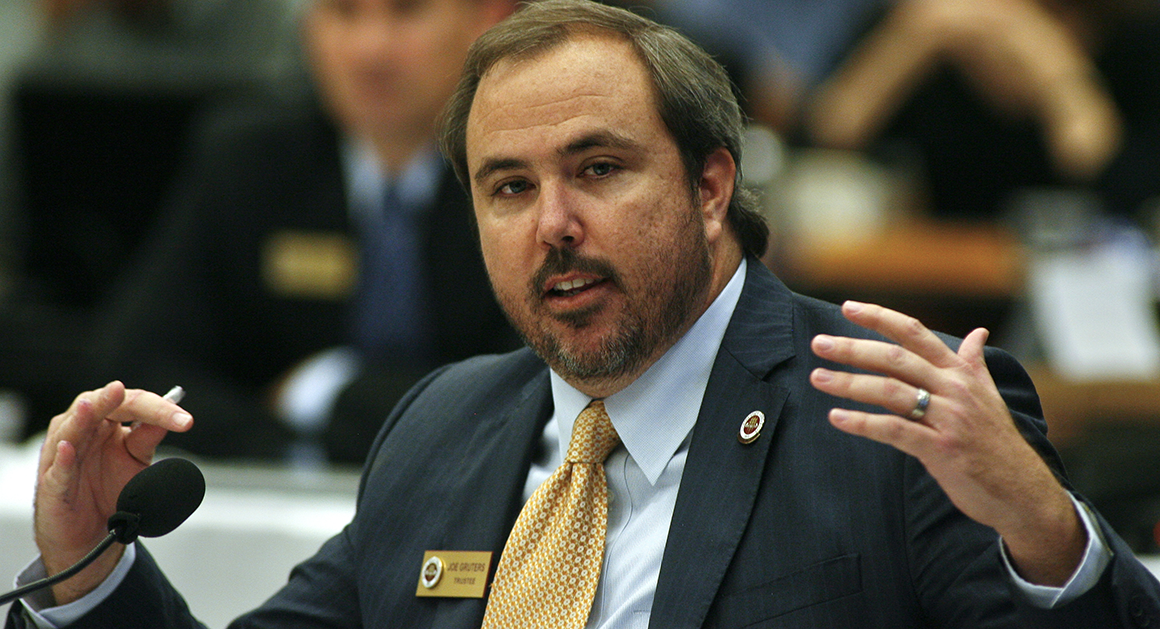 His bill takes a more modest approach than ones filed by Democrats this week.

He filed new legislation (SB 438), dubbed the Florida Inclusive Workforce Act, aimed at that issue. But the language was unveiled a day after Democratic lawmakers introduced the more ambitious Florida Competitive Workforce Act.

SAVE Florida, a long-standing LGBTQ advocacy group based in Miami, championed Gruters bill.

“Protecting our LGBTQ community from discrimination in Florida will take a bipartisan effort that SAVE believes is the winning pathway for the LGBTQ community,” said Tony Lima, executive director of SAVE.

“Years of partisan attacks have killed any potential success for a comprehensive non-discrimination bill in Tallahassee.”

Gruters, who in the state House co-sponsored a previous version of the Florida Competitive Workforce Act, said its time to take an incremental approach to stopping discrimination based on sexual orientation and gender identity.

“I want to pass good legislation,” he said.

The filing of rival bills has advocates for the LGBTQ community now taking sides.

“For the past decade, passing protections for the LGBTQ community has not been a legislative priority,” said former state Rep. David Richardson, a Miami Democrat supporting Gruters’ bill.

“Continuing to rely on a failed strategy and a bill that has floundered no longer makes sense.”

Richardson was one of the first openly gay lawmakers elected to the Florida Legislature.

But Equality Florida, the state’s most prominent LGBTQ lobby, has already come out in favor of the Florida Competitive Workforce Act, sponsored this year in the Senate by state Sen. Darryl Rouson and in the House by state Rep. Jennifer Webb.

“There has never been a stronger climate in Tallahassee for passage, and its bipartisan momentum is undeniable,” said Equality Florida Public Policy Director Jon Harris Maurer.

“Leading Florida businesses like Disney, Darden, Tech Data, and Marriott support the Florida Competitive Workforce Act because they know these protections are essential for attracting and retaining top talent.”

That’s much the same justification Gruters uses for his legislation. But he maintains a narrow focus on employment will bring more votes in both chambers.

One reason LGBTQ advocates have taken notice of Gruters’ legislation is his place within the Republican Party. While a freshman Senator who served one term in the House, Gruters has long been involved in state politics.

This month he won election as state chair for the Republican Party of Florida and boasts close relationships with Gov. Ron DeSantis and President Donald Trump.

But the party still holds many social conservatives that view such legislation as a threat to religious freedom. And notably, an anti-discrimination executive order issued by DeSantis omitted any mention of LGBTQ individuals.

Gruters feels confident he can turn people around.

“As Republicans, we should try and so what we can to appeal to the LGBT community,” he said. “A lot of them are fiscal conservatives, and there are policies we promote that can certainly appeal to that demographic.”

nextNikki Fried unveils another round of smart personnel hires