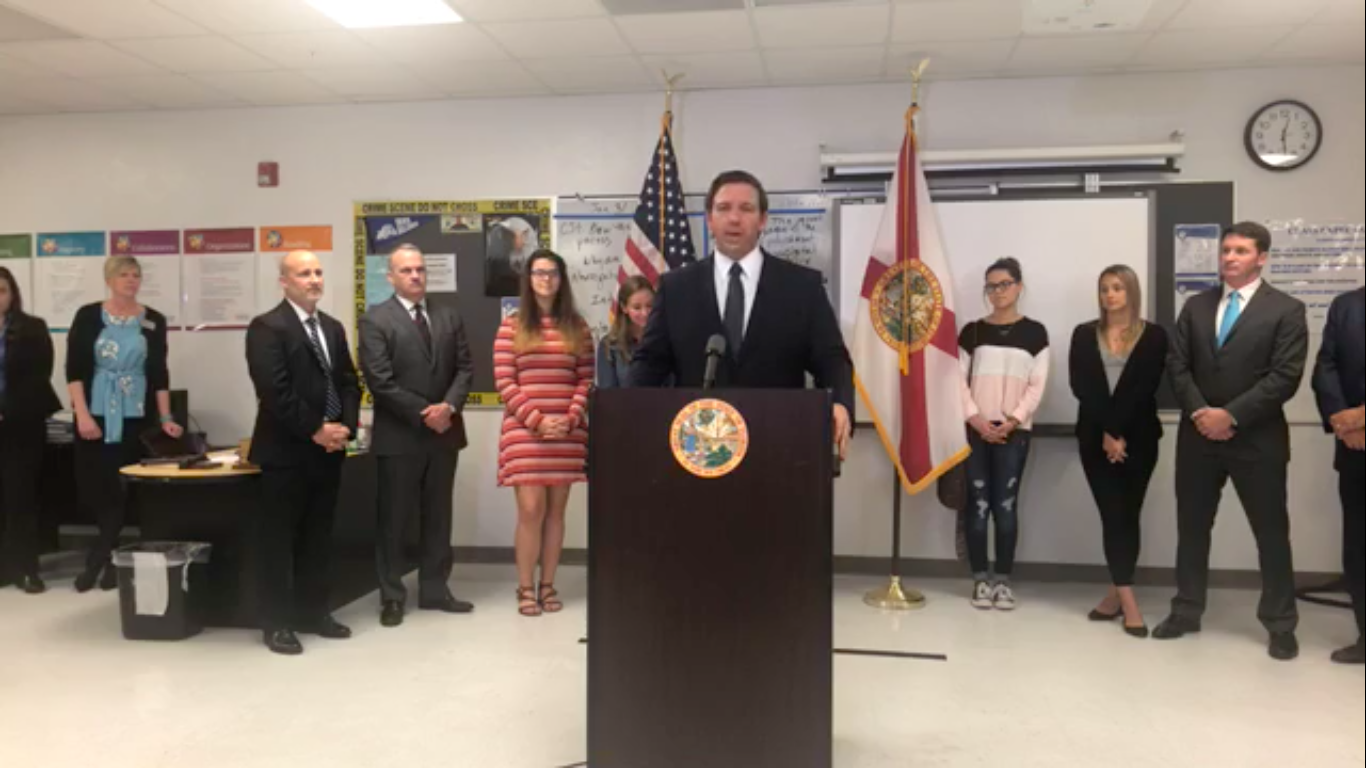 He ordered the Education Commissioner to build guidelines.

The Republican governor, appearing at a Cape Coral press conference on Thursday, said Florida will eliminate all vestiges of Common Core over the balance of the year.

He issued an executive order directing Education Commissioner Richard Corcoran to work on a new set of education standards instead.

Florida Education Association President Fedrick Ingram released a statement later Thursday, saying he was “encouraged” by DeSantis’ “plan to bring teachers and parents to the table as they go about reshaping Florida’s standards.”

“We’re also pleased to hear that the administration will look at streamlining testing,” he said. “Parents and our members cite time spent on testing — as versus on genuine teaching and learning — as one of their top concerns. If all stakeholders are heard, we have confidence that this effort can improve public education in Florida.

“We’re also pleased to hear that the administration will look at streamlining testing. Parents and our members cite time spent on testing — as versus on genuine teaching and learning — as one of their top concerns. If all stakeholders are heard, we have confidence that this effort can improve public education in Florida.”

The Common Core national standards have been controversial for years, and in 2014 Florida rebranded its own guidelines as the Sunshine State Standards, but they continue to be derived from Common Core.

Corcoran, a former House Speaker, said the state for years was “stuck with Common Core.”

But he said the move won’t necessarily put an end to testing in Florida schools. He does want standards “more geared to knowledge than teaching to the tests.”

How this will work in practicality, though, remains to be seen.

DeSantis stressed a desire for more civics education in school and related concerns from parents about math curricula that challenge parents today.

But right now, public schools use textbooks approved by the Department of Education, with many books built around the nationally-adopted Common Core standards.

DeSantis fielded a question about textbooks, and said districts won’t be free to buy “any books you choose.”

He said any state standards must still be rigorous. He wants an improvement in Florida’s literacy rates.

He also said he does not want any textbooks that include modern partisan messages, a complaint among some anti-Common Core groups who believe federal standards indoctrinate children with left-wing messaging.

DeSantis said he recognized new standards may also prove controversial, but said Florida teachers and parents will have a direct hand in forming them.

“Even if people don’t agree with everything we are doing,” he said, “at least they will feel they were listened to.”

He expects new standards to be ready for the Florida Legislature to consider in the 2020 Legislative Session.