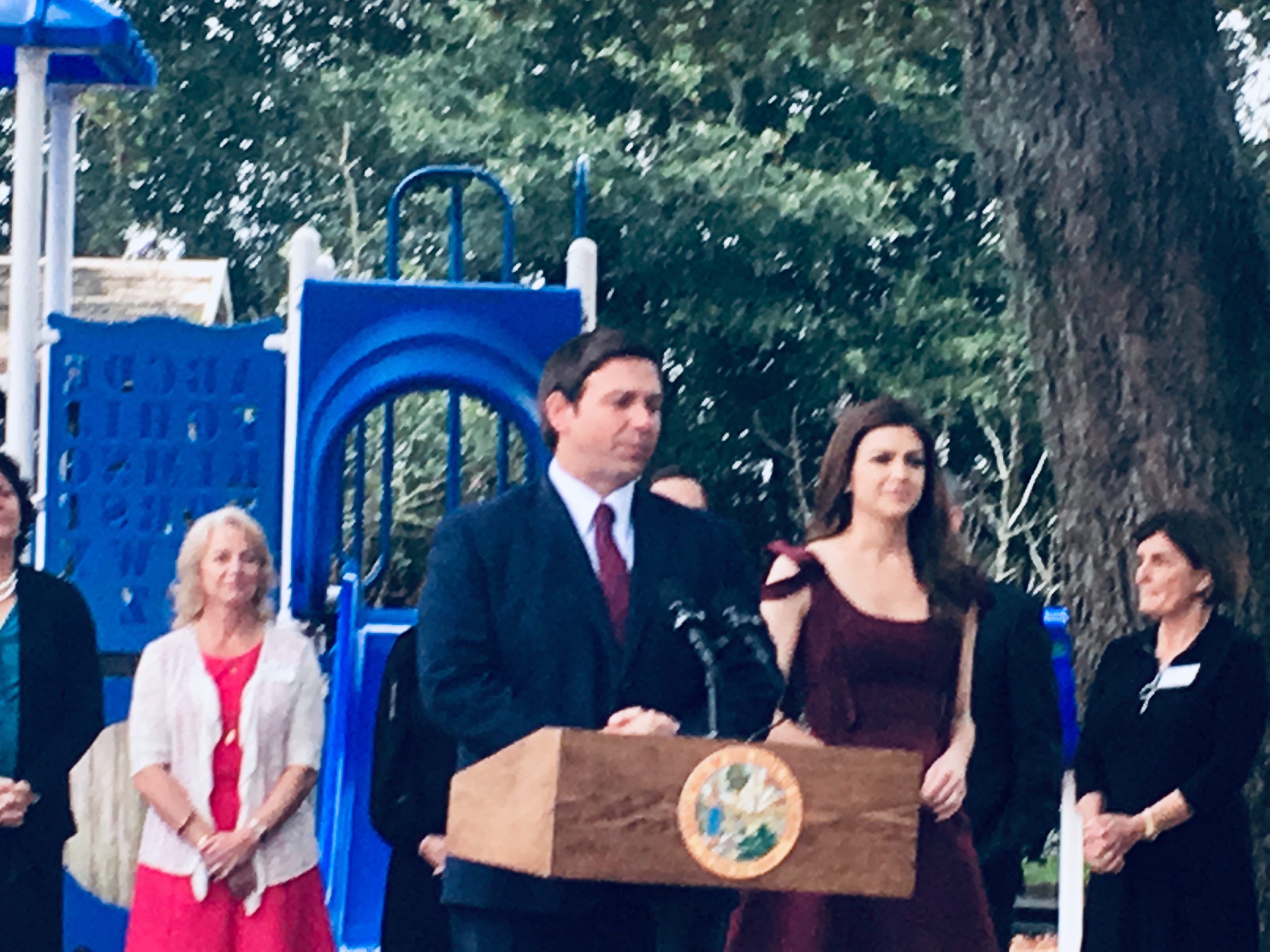 "It's a fiscally responsible budget, but if the Legislature wants to recommend some differences, I'm happy to look at it."

At a Jacksonville school of special education Monday, Gov. Ron DeSantis announced that a current 2,000 student waitlist for special needs scholarships will be eliminated next year.

This continues a trend of budget rollout events in which DeSantis signals an interest in increased spending, something few predicted when he was a candidate.

These Gardiner Scholarships, beginning in the 2019/20 school year, will be fully funded, DeSantis said.

“As we’ve met with people and talked about these very valuable scholarships, the fact of the matter is we have close to two thousand families who are on the waiting list,” DeSantis said.  “I have allocated enough funds to get rid of the wait list for Gardiner Scholarships entirely.”

Calling the program a “proven success,” DeSantis said he “looked forward to getting the Legislature to allocate these funds.”

Currently, almost 12,000 students participate in the program, with a $124 million spend. Qualifying conditions include autism, Down’s Syndrome, cerebral palsy, and intellectual disabilities, in addition to being a “high-risk child.” Funding the additional scholarship will cost an additional $18.8 million next fiscal year. If DeSantis’ Gardiner Scholarship proposal is approved, funding for the program would increase to $147.1 million during the coming year, according to budget information from DeSantis’ office.

Education Commissioner Richard Corcoran thanked Step Up for Students, lauding the non-profit for building this program.

There is, as one would expect, support for the proposal.

Shawn Frost, School Choice Movement Director of Advocacy and Civic Engagement, said those on “the waitlist are living the reality that a dream deferred is a dream denied.”

“We look forward to conversations with the Legislature to sort out the details of the budget, but feel this is an important initiative to support for current and future Florida students,” Frost added.

This has encountered some criticism from the right, where Republicans have said the budget is too free-spending. Though Sen. Rick Scott‘s final budget was his highest of eight years, there was no such criticism for Scott from the right.

“The Governor’s budget points to his priorities in the environment and education and we will examine his request carefully over the next few weeks.  The Constitution requires a balanced budget, but we have an additional responsibility to respect Florida’s taxpayers by spending each dollar wisely. To meet this goal, the House will craft a budget that reduces per capita spending. I am confident Florida’s economic success will continue under Governor DeSantis as long as we keep taxes low and spending in check,” Oliva said last week.

When asked about Oliva’s comments, DeSantis defended his proposed budget at some length.

“We’re going to have over five billion in reserves … a 1.4 billion dollar surplus,” DeSantis said, noting the billion dollars for hurricane relief in the budget.

“Obviously,” DeSantis said, “if we didn’t have these hurricanes, I wouldn’t be spending that money. But I think it’s in Florida’s interest to help rebuild those communities.”

DeSantis noted reductions in taxes: property taxes, sales taxes for back to school and disaster relief.

“You have $300 million in tax relief for folks, and we’re still running a surplus,” DeSantis said. “If we don’t have any hurricanes this year, that money won’t be spent.”

“It’s a fiscally responsible budget, but if the Legislature wants to recommend some differences,” DeSantis added, “I’m happy to look at it. But I think what we’re doing is fulfilling campaign promises.”

“But I also said that we need to focus on things that are a need in Florida, whether it’s environment and water quality, or it’s education, or infrastructure … I think that’s going to set the table for the future,” DeSantis said.

Senate budget chair Rob Bradley was optimistic about the process overall, he told us Monday morning.

“I’m confident that we will end up with  a balanced budget that cuts taxes and properly invests in education, infrastructure and the environment. We have a conservative Legislature and a conservative Governor. We will produce a conservative budget,” Bradley asserted.

“I think the Governor did an excellent job in rolling out a budget in such a short time frame following an exhausting election cycle. There is a heavy focus on K-12 education and the environment which is consistent with his position,” Cummings said.

“The Floride House looks forward to working with the senate and Governor during the budget process. We will continue to heavily scrutinize all spending, in addition to funding reserves so that our state remains fiscally healthy for years to come,” Cummings added.

Rep. Cord Byrd, on hand at the event, said his body would “take a look at it,” but “I agree with his priorities.”

Regarding Speaker Oliva’s caution against increases in per capita spending, Byrd noted that Florida is growing, and money toward “education, the environment, and the waterways” especially interested him.

DeSantis has quickly focused on education issues since taking office, releasing a series of initiatives. And while he backs school choice, he also indicated Monday he is working with Corcoran on a proposal to increase accountability for charter-school operators.

“For the charter operators, if they’re coming in and doing these fly-by-night charters, where they open up, make some money and leave, we’re going to create a … list to where you’re blacklisted in Florida from being able to get these contracts in the future,” DeSantis said. “If you’re a bad actor, you’re going on the list, and we’re not going to let you move around to different communities, make money and then not serve the interests of students and parents.”