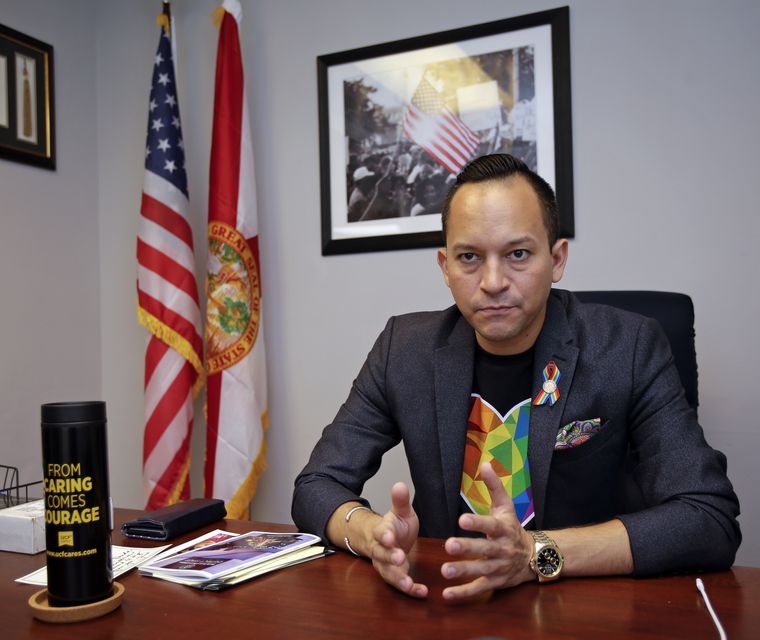 She said the incident occurred Saturday—that's when the state's Democrats were meeting.

Updated Monday evening — In letters to both lawmakers, House Speaker Jose Oliva said General Counsel Adam Tanenbaum will open a “workplace harassment” investigation into the matter. Those letters and the original post from earlier Monday are below.

A House Democrat elected in November told her colleagues that fellow Democratic Rep. Carlos Guillermo Smith of Orlando “bullied, threatened and verbally assaulted” her over the weekend.

State Rep. Anika Omphroy of Lauderdale Lakes made the accusations in an open letter (below) to other House Democrats on Monday.

Smith later in the day tweeted that the two had a “tense conversation … but the details in her letter are simply false (and) did not occur.”

She said the incident occurred Saturday, when the Florida Democratic Party was holding a meeting in Orlando.

Smith, she wrote, approached her in a “threatening and aggressive manner.” He kneeled in front of her, which forced her to “readjust” her dress.

Smith “pounded his hand and lashed out,” Omphroy told colleagues, trapping her in her seat. The nature of the apparent disagreement was not revealed in her letter.

But Omphroy added that she also feared “retaliation” from Smith and his social media followers, threatening her “ability to effectively legislate.” She also said Smith has a reputation for such behavior.

“No woman should suffer mental anguish or emotional distress from anyone, regardless of the abuser’s political affiliation, race or sexuality,” she wrote. Smith is gay.

“For years, women have been asked to overlook being bullied for ‘the greater good.’ No woman should suffer mental anguish or emotional distress from anyone, regardless of the abuser’s political affiliation, race, or sexuality,” Omphroy, who is black, wrote.

Omphroy, an event planner and talk show host, was elected by default last year to House District 95 when incumbent Barrington Russell failed to qualify with no other candidates in the race. She could not be reached at her office.

Smith is a longtime community activist first elected in 2016 who quickly forged a reputation as a progressive firebrand.

“I walked away from the exchange, which happened in a public space in front of multiple elected officials with a completely different understanding, which is why I was stunned and confused by her letter,” he tweeted Monday. “I respect her (and) care about how we talk about these important issues together as colleagues.”

Smith said he had “reached out to @RepOmphroy and to the Speaker (Jose Oliva) to have this dialogue (and I) hope she is interested in doing it in a constructive way,” he said.

But, he added, “the details in her letter are simply false + did not occur.”

Lawmakers are now in Tallahassee for the second of three back-to-back weeks of committee hearings in preparation for the 2019 Legislative Session, which starts March 5. 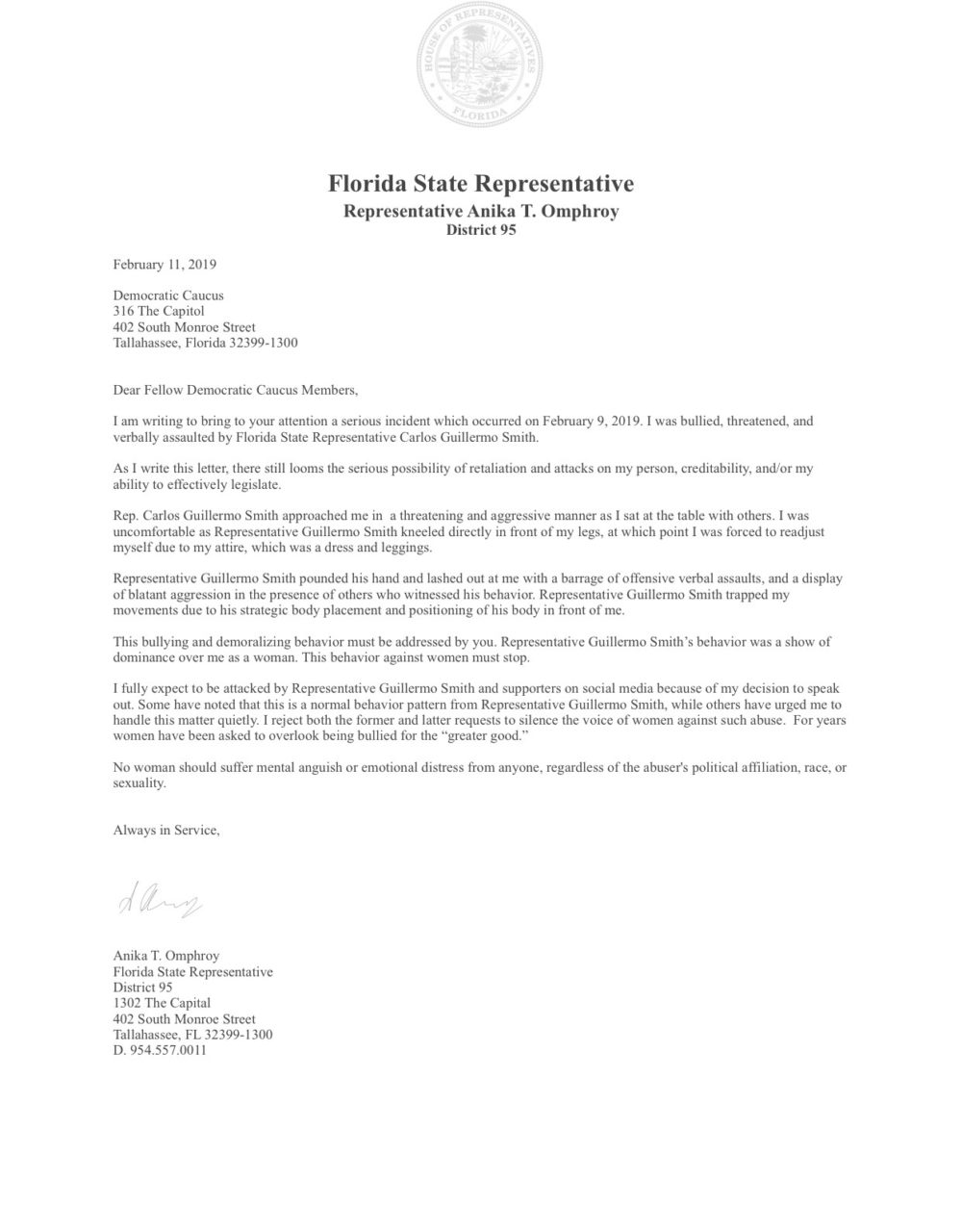