Good Tuesday evening. Perhaps we should have known, when Monday night the House canceled a Tuesday hearing on UCF spending, that something was up. The Public Integrity & Ethics Committee was to hold an investigative hearing on the University of Central Florida’s building projects. An audit in September detailed the improper use of state operating funds to build Trevor Colbourn Hall. The other shoe dropped when UCF President Dale Whittaker quit Tuesday, less than eight months after taking the job. “While there are several who shoulder more of the blame for the improper spending, President Whittaker knows ultimate responsibility rests with the executive,” House Speaker Jose Oliva said in a statement. Here’s your nightly rundown.

Whittaker’s adieu: He becomes the next and biggest to fall as lawmakers look into how the university misspent $50 million.

Film funding: A bill that would provide grants to film and television shows shot in Florida was “certified fresh” by a Senate panel.

Modern-day sex slavery: A bill aiming to curtail human trafficking, especially at hotels, is advancing through the committee process.

Booze bill bothers ABC: A late-filed amendment on a bill to tweak the state’s booze law raised an alarm from alcoholic-beverage distributors and Florida’s oldest and biggest alcohol retailer.

No sanctuary: Sen. Joe Gruters showed up with a posse of Florida sheriffs to back up his proposed ban on “sanctuary cities.”

Eye in the sky: A police drone bill cleared its second House panel.

“They’re not journalists anymore — they are activists.” — Rep. Anthony Sabatini, a Republican House member, complaining on Twitter that student reporters were contacting his political contributors — using publicly available information — to gauge their continued support. Sabatini wore blackface more than a decade ago in what he has called a “silly high school prank.” But he also dressed up in stereotypical Mexican garb in his earlier teens and more recently, as a Eustis City Council member, called for discarded Confederate monuments to be donated to that city.

The students’ story is here. 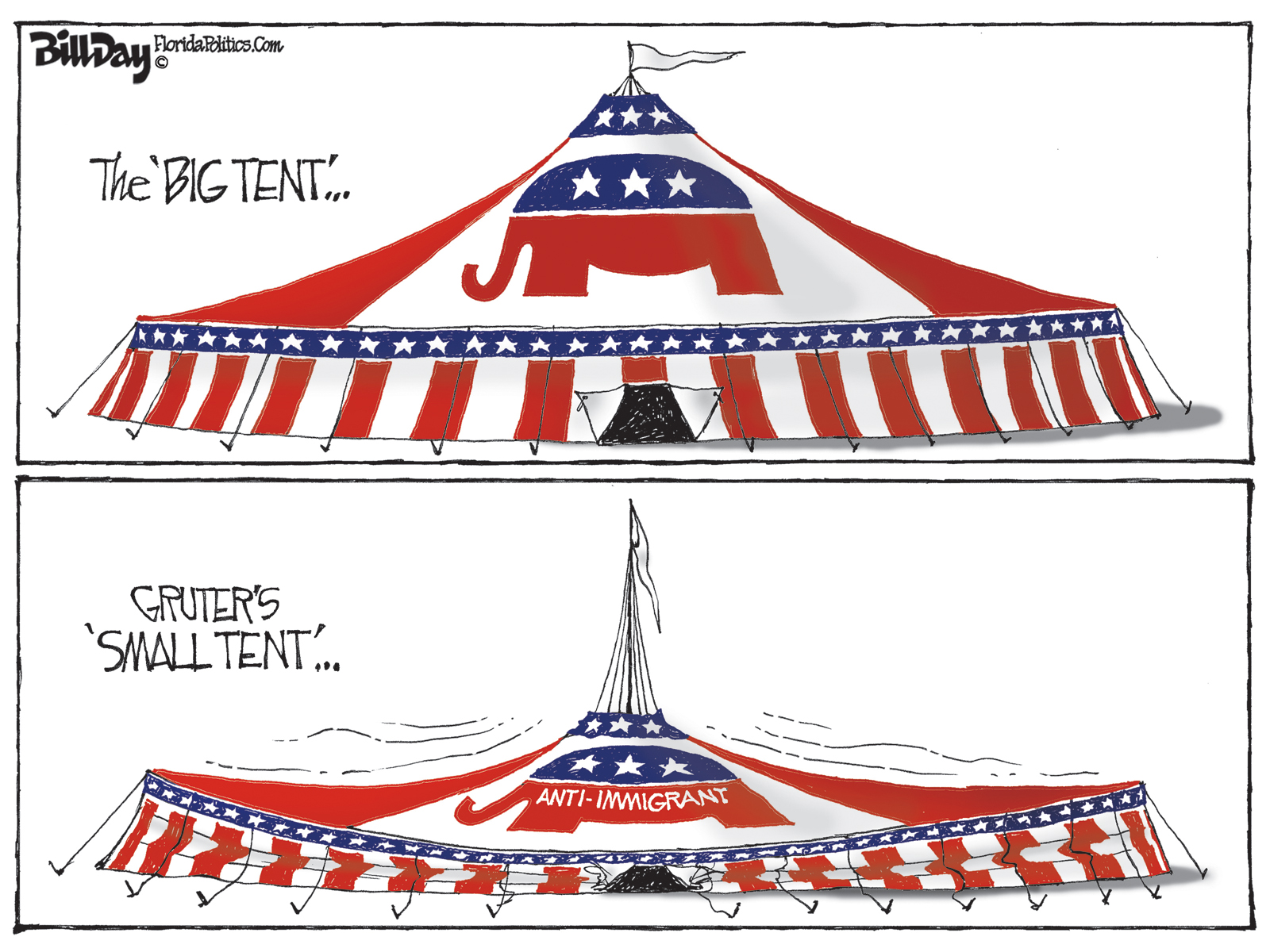 Jamal Sowell is President and CEO of Enterprise Florida, Inc. (EFI), the state’s public-private economic development and jobs-creating agency. His last job was chief of staff for Port Tampa Bay. He also was special assistant to former University of Florida President Bernie Machen, served in the U.S. Marine Corps and is a veteran of Operation Enduring Freedom-Afghanistan. He’s a UF grad, has a master’s in education from the University of Massachusetts Amherst, and a law degree from the Indiana University Bloomington Maurer School of Law where he was a Pat Tillman Scholar. Sowell spoke before the Senate Commerce & Tourism Committee Tuesday; we edited and adapted his remarks for the “3Q” format.

Sowell: I was born and raised in Orlando; I’m a sixth generation Floridian. My father’s from Jasper. And my mom’s family came from Two Egg, but she was raised in Leesburg. My parents met on campus at Florida A&M University back in 1967 and my dad served in Vietnam. My grandfather is a World War II veteran. My father is a Vietnam veteran, my brother is an Iraq veteran and he is disabled. I was an Afghanistan veteran … I love Florida. I’m a native. I know it like the back of my hand. So it was an honor when I was chosen to lead Enterprise Florida.

Q: What are some of the areas you’re focusing on?

Sowell: We are prioritizing expansion and diversity of Florida’s economy. Enterprise Florida is working to protect Florida’s military bases from encroachment and encouraging the defense industry’s continued investment in Florida. We are facilitating international trade and helping Florida’s businesses find overseas markets. We’re also putting a well-deserved spotlight on Florida by marketing our pro-business climate for businesses and entrepreneurs. Enterprise Florida assists in location retention and expansion of businesses within the state. We want to recruit companies to come to Florida and we are unashamed about making that case to anyone, anytime and anywhere. Lastly, we leverage the state as a destination for sports and leisure through The Florida Sports Foundation.

Q: How do you market yourselves and what you do to the business community?

Sowell: We do this with a broad range of advertising and promotional campaigns. We have the privilege of bragging about the work that this Legislature has done over the past two decades, keeping the tax burden low, implementing common sense solutions and encouraging pro-business policies. Our marketing team makes the case that Florida is the place to start and grow businesses because we are intentional and serious when it comes to job creation …

Enterprise Florida does not create jobs. We facilitate opportunities for job creators. So as you may have read in the press, we’re going to Israel; we’re going to travel. We facilitate opportunities for job creators, and that includes small businesses in the state looking to expand. As to new startups or out-of-state firms looking to relocate here to the Sunshine State, we are not shy about letting businesses in high-tax, high-regulation states know that we are open for business.

Another car-sharing company has snagged a parking spot at the Capitol.

Drift recently retained Jorge Chamizo, George Feijoo, Gary Guzzo and Melissa Ramba of Floridian Partners, making it the third such company hoping for a front seat as the Legislature decides whether to relax rental rules and allow the disruptive industry to take root in the Sunshine State.

Car-sharing is somewhat of a marriage between ride-sharing platforms such as Uber and vacation rental companies such as Airbnb. Users buy time in a vehicle with drive-time insurance rolled into the cost, but they don’t have to share a cabin with the owner.

The concept is especially popular in larger metros. Public transportation might be the go-to for the commute, but carrying groceries onto the bus isn’t all that fun.

Like its competitors GetAround and Turo — which have signed on with Ballard Partners and Metz Husband & Daughton, respectively — the Denver-based tech company has its eye on bills sponsored by Sen. Jeff Brandes (SB 660) and Rep. Jason Fischer (HB 431).

The proposals would nix rules requiring renters to show their license and sign a form when they pick up a car. Instead, car-sharing platforms would be able to verify whether their customers are street legal remotely so car owners can make some passive cash. 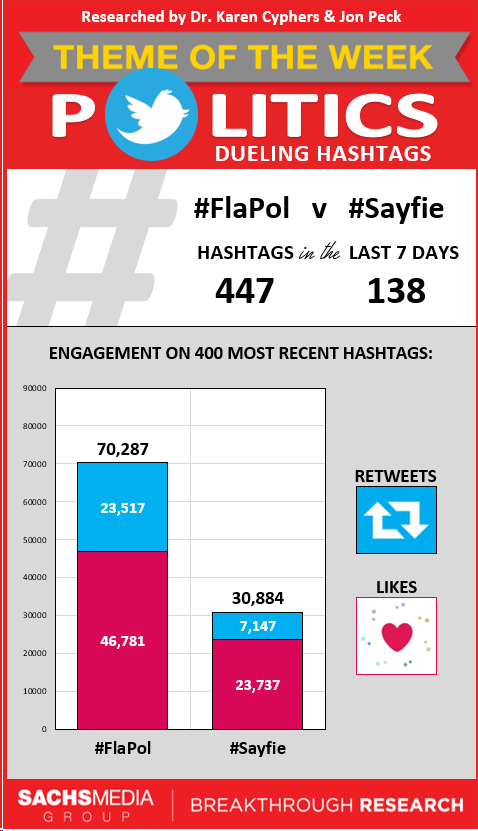 The House Children, Families and Seniors Subcommittee will receive a presentation by the Agency for Persons with Disabilities about the employment of people with developmental disabilities at 9 a.m., 12 House Office Building.

The House Gaming Control Subcommittee will receive an update about the implementation of a newly passed constitutional amendment that will ban greyhound racing in Florida. That’s at 9 a.m., 212 Knott Building.

The Senate Agriculture, Environment and General Government Appropriations Subcommittee will receive presentations about budget priorities from the Florida Department of Financial Services and the Florida Fish and Wildlife Conservation Commission. That’s at 10 a.m., 110 Senate Office Building.

The Senate Criminal and Civil Justice Appropriations Subcommittee will hold a panel discussion in which prison wardens will discuss a series of issues in the corrections system. That’s at 10 a.m., 37 Senate Office Building.

The Florida Chamber of Commerce will release its 2019 Jobs and Competitiveness Agenda, “a legislative road map that will help grow private sector jobs, create economic opportunity in Florida and further diversify our economy.” Several lawmakers are expected to attend. That’s at 11 a.m., 4th-floor Rotunda. A livestream also will be available on the Chamber’s Facebook page.

Democratic Sen. Darryl Rouson of St. Petersburg, GOP Rep. Jackie Toledo of Tampa, and Democratic Rep. Jennifer Webb of St. Petersburg will host press a conference to discuss SB 430/HB 485, the Florida Competitive Workforce Act, which would update the Florida Civil Rights Act of 1992 to include LGBT+ protections in the workplace, public housing and accommodations. That’s at 12:15 p.m., 4th-floor Rotunda.

The House Insurance & Banking Subcommittee will receive a presentation from the Office of Insurance Regulation about property and casualty insurance rate-making. That’s at 1 p.m., 404 House Office Building.

The Senate Health and Human Services Appropriations Subcommittee will take up a bill that would transfer from the Department of Elder Affairs to the Agency for Health Care Administration duties related to hospices, assisted living facilities, adult family day-care homes and adult day-care centers. That’s at 1:30 p.m., 412 Knott Building.

The Senate Transportation, Tourism and Economic Development Appropriations Subcommittee will take up a bill to eliminate an unused pool of sales-tax dollars intended for building and improving professional sports facilities. That’s at 1:30 p.m., 110 Senate Office Building.

Youth advocates for “access to abortion without political interference” will speak out against recently filed abortion bills in the Legislature. They will be joined by, among others, Democratic state Rep. Anna Eskamani and Laura Goodhue, executive director of the Florida Alliance of Planned Parenthood Affiliates. That’s at 2:30 p.m., steps of the Old Capitol.

The House Energy & Utilities Subcommittee will take up a proposal to place additional requirements on utilities having to do with serving customers who rely on electric-powered equipment for medical reasons. That’s at 4 p.m., 212 Knott Building.

The House Health Quality Subcommittee will consider a proposal that would create a student-loan repayment program for dentists who agree to work in underserved areas. That’s at 4 p.m., 306 House Office Building.

The House Transportation & Tourism Appropriations Subcommittee will receive a presentation from the Department of Transportation about the state’s 2019-2020 tentative work program. That’s at 4 p.m., Reed Hall, House Office Building.

The Senate Rules Committee is expected to take up a bill that would eliminate a ban on smoking medical marijuana. The ban was included in a 2017 law that was designed to carry out a constitutional amendment that broadly legalized medical marijuana. But the ban has drawn a legal challenge and opposition from Gov. DeSantis. That’s at 4 p.m., 110 Senate Office Building.