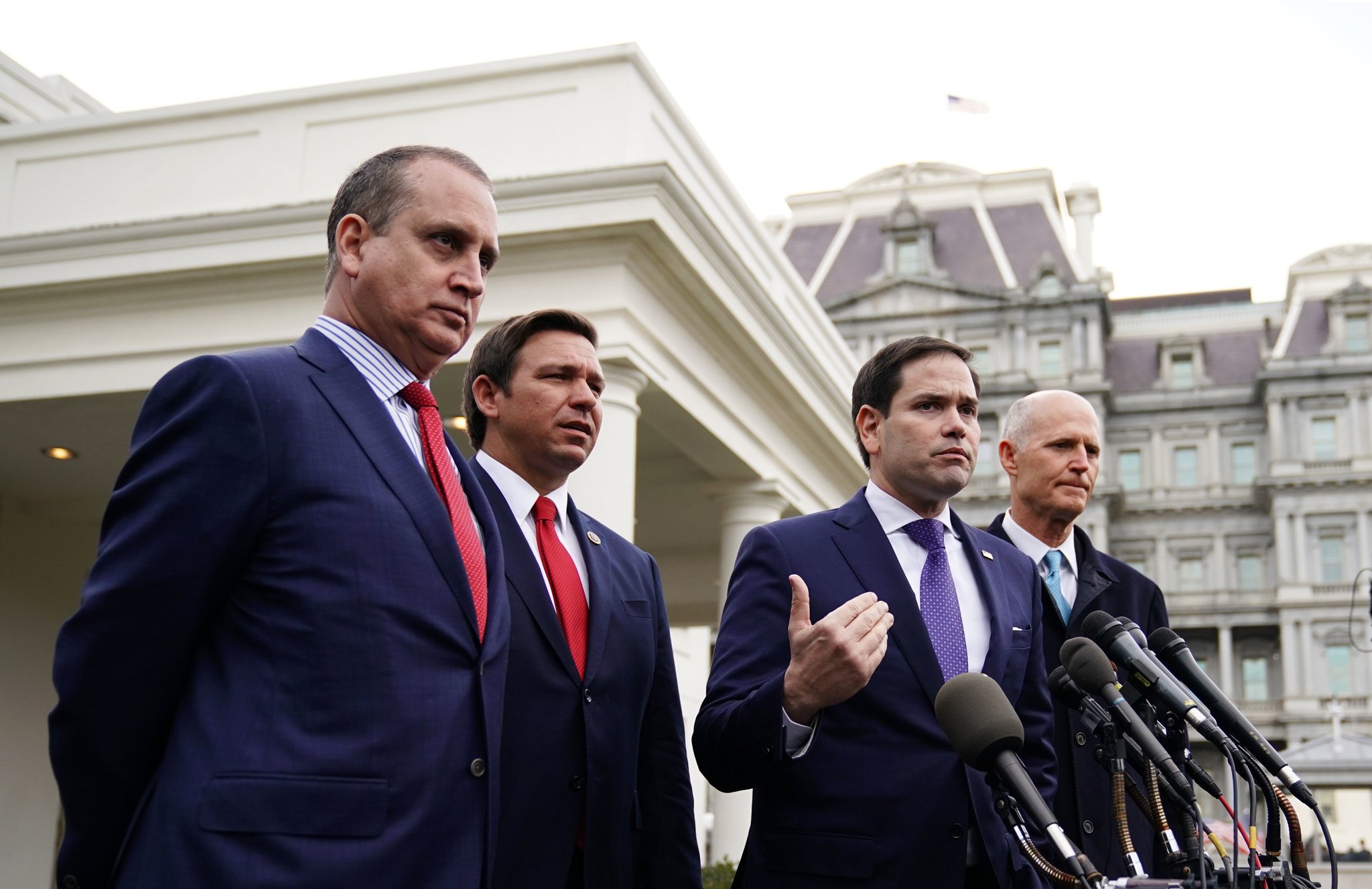 Ambassador Carlos Trujillo joins the officials on the trip.

“American, Colombian and Venezuelan officials stand ready to provide much needed humanitarian assistance to the people of Venezuela,” Rubio said.

“The narcoterrorist tyranny of Nicolás Maduro continues to block critical humanitarian relief for those who continue to suffer under his regime. The people of Venezuela remain resilient in their continued fight for democracy and freedom, and the United States will continue to stand with them.”

Rubio and Diaz-Balart both met with President Donald Trump at a White House meeting in January about relations with Venezuela. The next day, the president announced the Unites States no longer recognizes Maduro as the rightful leader of the South American nation.

Still, Maduro has clung to power despite growing international opposition.

Diaz-Balart said the United States must step up to provide support for the oppressed population.

“As the Maduro regime continues to deny basic necessities to the Venezuelan people, the United States, through coordination with our close ally Colombia, is stepping up to send humanitarian aid to help,” he said.

The elected officials traveled to Cúcuta, Colombia with Carlos Trujillo, U.S. Ambassador to the Organization of American States.

“Those calling for dialogue are merely seeking to give the illegitimate Maduro regime breathing room and political space to maintain its undemocratic hold on power,” Trujillo said in a statement Friday.

He said the Organization of American States had laid out steps to restore elections in Venezuela.

Diaz-Balart said the trip offers a chance to see firsthand work being done alongside foreign allies and nongovernmental organizations to help the region.

Rubio plans to tour a U.S. Agency for International Development facility in Cúcuta. The elected officials will meet with USAID Director Mark Green there.

The senator also plans to visit the Simón Bolívar International Bridge, a 300-meter bridge over the Táchira River connecting Cúcuta to San Antonio de Tachira in Venezuela, where individuals reportedly have crossed into Colombia amid turmoil in their home nation. Health tents have been set up in the city for refugees.

Rubio will also meet with Venezuelan and Colombian officials at the Tienditas Bridge. There, humanitarian organizations have filled trucks with food to take into the country, but Maturo has cut off access.

The U.S. senator also plans to meet with members of the “legitimately elected National Assembly of Venezuela.” Guaidó presides as majority leader of that body.