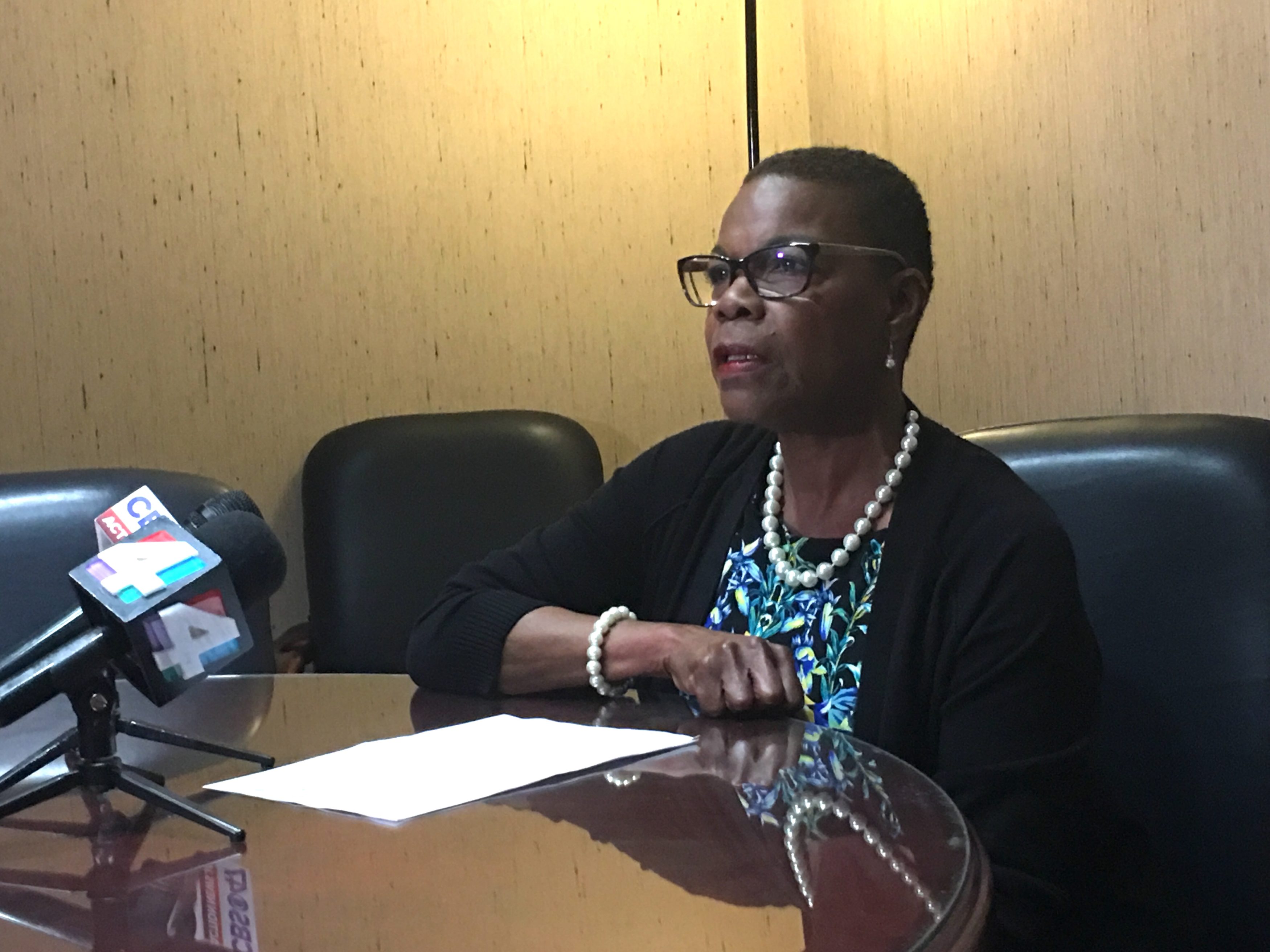 The call: to "act immediately by activating the Florida Highway Patrol, and the Florida National Guard to assist local law enforcement."

The leading Democrat in the Florida Senate renewed her calls for outside help for Jacksonville’s murder wave Wednesday.

Sen. Audrey Gibson, along with fellow Democrat and Jacksonville Rep. Tracie Davis, wrote Gov. Ron DeSantis and Jacksonville Mayor Lenny Curry to follow up on requests made earlier this week during a press conference.

The letter to DeSantis notes that “a rash of gun violence and related homicides. Many of the occurrences have involved young people, both as victims and victimizers.”

“There have been 23 confirmed murders within just 48 days of 2019, and more awaiting classification potentially as such. At the current murder rate, 2019 has the potential to surpass the 2018 murder rate ‘with a quickness’,” Davis and Gibson write.

“To stem the onslaught of death and gun violence in Jacksonville, we are calling on you to act now utilizing all resources at your disposal, to include the deployment of state resources and requests for federal assistance, to aid in the emergency our city faces,” the Democrats write. “We are a city in a ‘State of Urgency’ emergency.”

The call: to “act immediately by activating the Florida Highway Patrol, and the Florida National Guard to assist local law enforcement.”

There is no indication that this is on the verge of happening.

The letter did not call for involvement of the federal Justice Department, which is one difference from the press conference messaging.

The letter to Curry outlined the same scenario, with different specific asks: “Increase Public safety cameras in high-crime areas already identified … [more] ShotSpotter sensors around Jacksonville … a city-wide curfew until such time the situation is under control … Coordination with the governor’s office for supplementing our local law enforcement’s efforts.”

“While we appreciate the creation of your task force, we believe that this issue must have a coordinated state and city-wide comprehensive crime prevention and intervention plan today, including relief for our thinly-stretched police force desperately in need of reinforcements,” Gibson and Davis write.

Every indication is that the Mayor’s Office saw the Democrats’ press event, which included his 2019 re-election opponent Anna Brosche, as more of a political event than anything else.

Brosche, a Republican with 15 percent support in the latest poll of the race, is challenging Curry on the premise that he hasn’t stopped violent crime on Jacksonville streets.

If these letters drive action, we will follow up.

previousSunburn — The morning read of what’s hot in Florida politics — 2.21.19