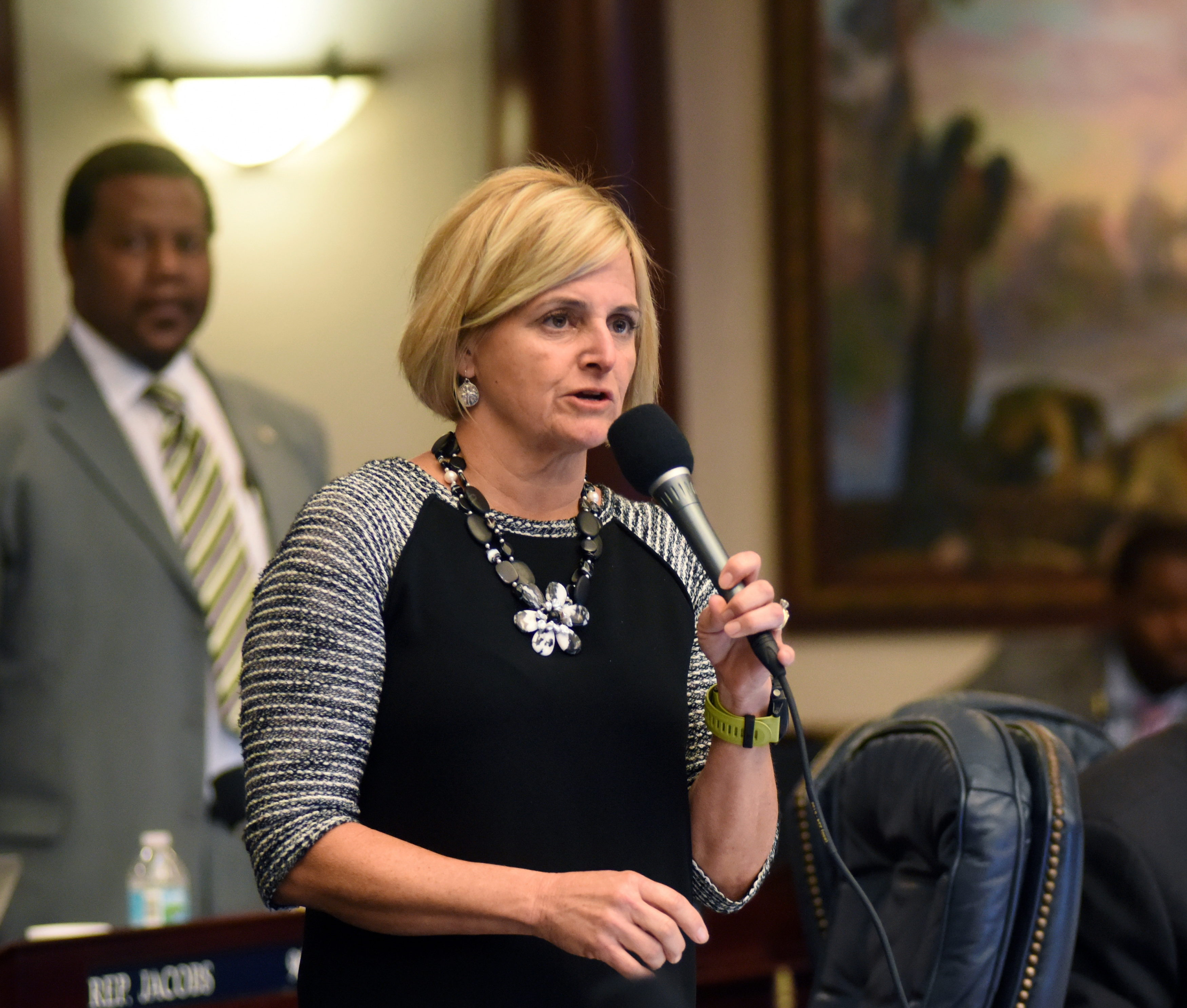 State Rep. Loranne Ausley is launching her bid for Senate District 3 and the list of chairs, hosts and guests set to show up at the Carriage House includes most Democratic electeds in the Tallahassee area.

Ausley filed for SD 3 back in August, joining former Tallahassee City Commissioner Scott Maddox, who had been parked in the race since 2016. Nobody else has put their name down in the months since, and given Maddox’s ongoing legal troubles, Ausley is currenly only opposed on paper.

SD 3 sprawls across 11 counties, covering the whole of Calhoun, Franklin, Gadsden, Gulf, Hamilton, Jefferson, Leon, Liberty, Madison, Taylor and Wakulla, though about two-thirds of the electorate live in Leon.

The seat also has a strong Democratic edge. When Montford ran for his final term in 2016, he defeated Republican challenger Nancy Miller by a two-to-one margin. 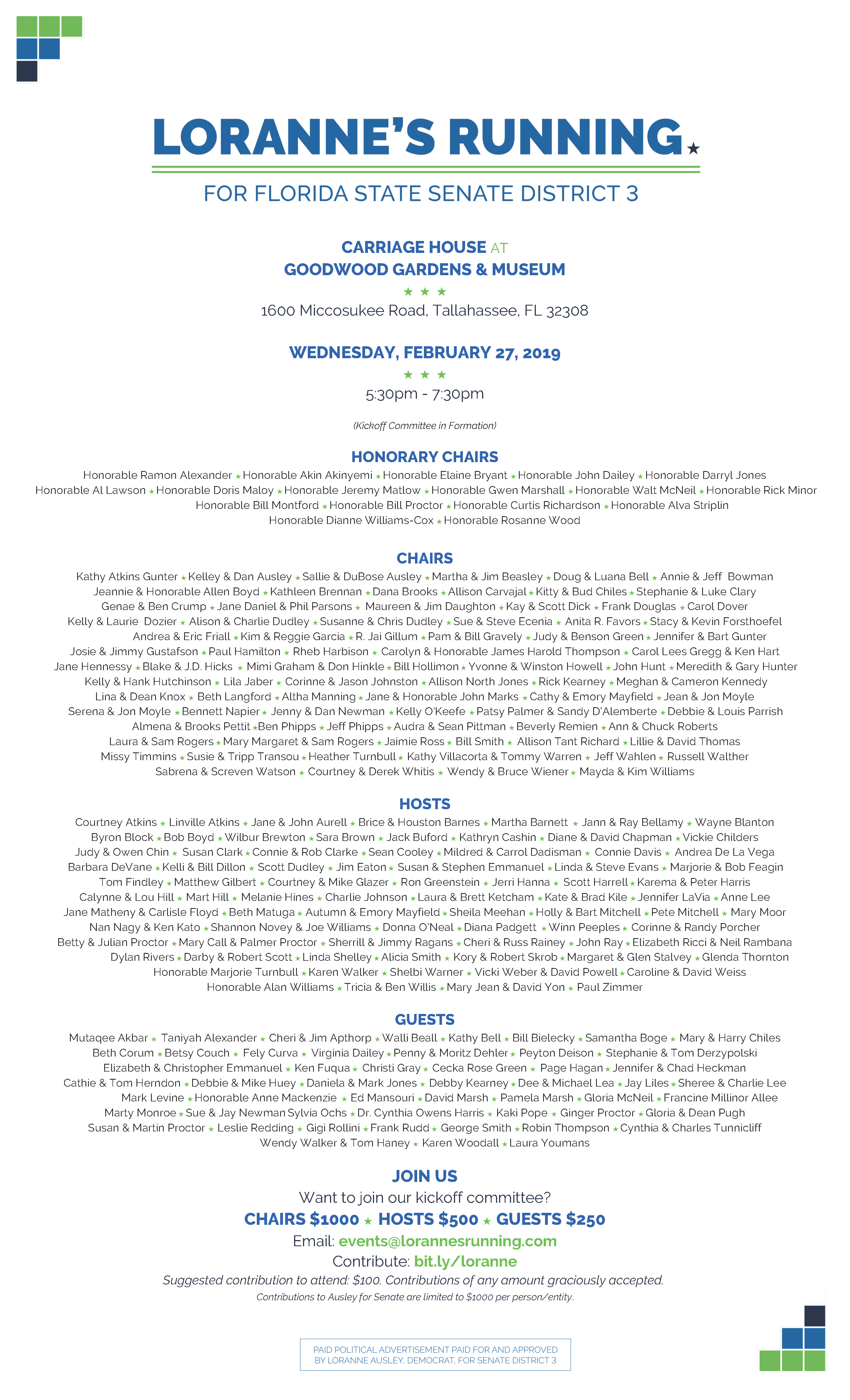