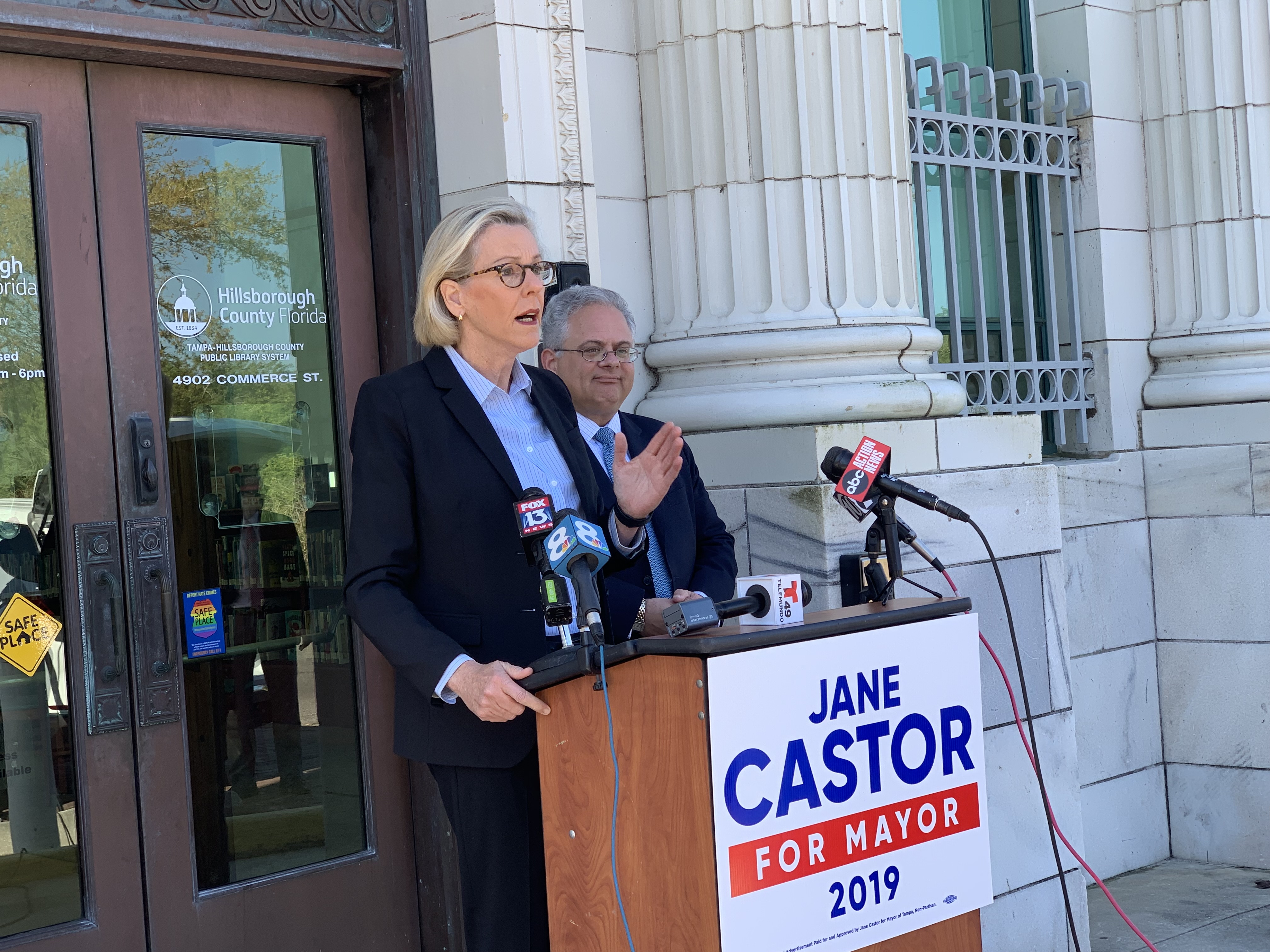 Cohen announced his support from the Port Tampa Library in South Tampa in the district Cohen has represented on City Council for eight years. During his remarks, Cohen hurled several passive criticisms toward Straz, without actually mentioning his name.

Cohen was referring to Straz’s campaign trail claim that he would cut the city’s $1 billion budget 10 percent by identifying “fluff” and getting rid of it.

Such cuts would be incredibly difficult considering the city is already pinching pennies and has faced cuts to various city departments over the past two years.

Cohen’s endorsement is less of a big deal for Castor as it is a kick to the shins for Straz.

That wide gap means Straz has a long way to go to catch Castor while Castor need only stay the course in the final six-weeks of the campaign.

Between Greco and Cohen, the endorsements come with potentially more than 10,000 votes.

Cohen vowed to help Castor score a win on April 23 in any way he could. He said he would be reaching out to his supporters and financial contributors to support Castor.

“Since this campaign began last year I have had the opportunity to share a stage and usually, due to the alphabetic nature of things, sit next to Jane Castor at nearly 30 forums,” Cohen said. “We learned a lot at these forums. We learned which candidates were ready to lead on day one, which candidates have realistic visions for the future of our city and which candidates understand the issues and the challenges facing us.”

That candidate, Cohen said, is Castor.