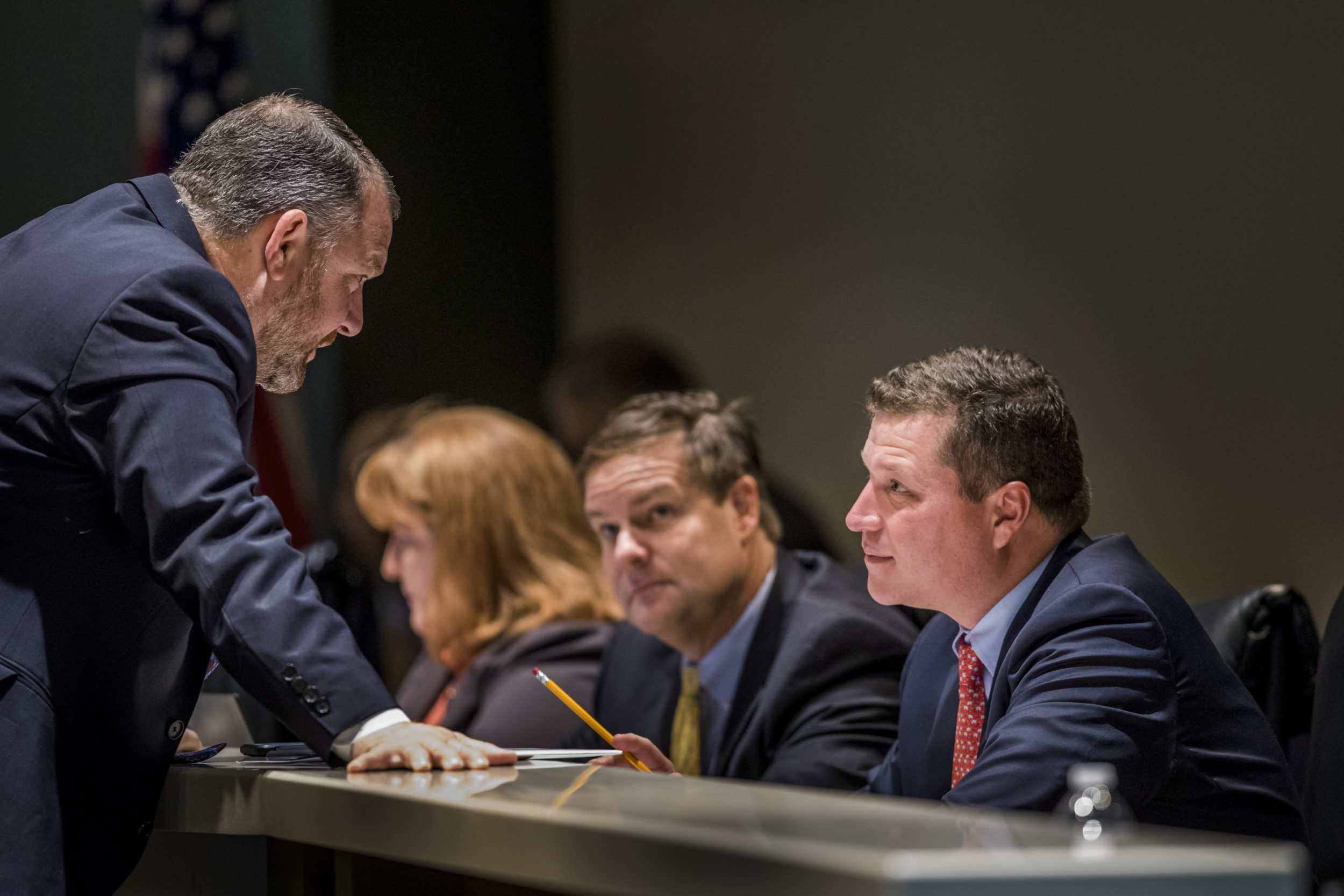 In an effort to modernize criminal punishment and drive down prison costs, the Senate Appropriations Committee on Thursday backed a change (SPB 7072) to what constitutes a third-degree felony theft.

The committee — typically a key step in the legislative process — coalesced around a proposed $750 felony-theft threshold, up from the current ceiling of $300.

That’s a more modest increase than the $1,500 value provided in a bill (SB 406) carried by state Sen. Jeff Brandes, who voted in favor of the smaller threshold that came out of the budget panel.

“If we’ve got to move beyond this one hurdle, then that’s something I’m willing to do,” said Brandes, a St. Petersburg Republican.

Lawmakers more than three decades ago decided that criminals who steal $300 or more worth of property should be charged with third-degree felonies. Advocates for revising that punishment have suggested that because inflation has occurred over time, the law has become harsher.

Appropriations Chair Rob Bradley, who wrote the new threshold language, said the $750 ceiling makes sense because it’s near the same figure it would be if the ceiling rose in accordance with inflation.

“This is the number that I am comfortable with and that many of my colleagues are comfortable with,” added Bradley, a Fleming Island Republican. “I would suggest that those who have been looking to sort of bust through the door of criminal justice reform and start moving in the direction of real reform: This is an incredibly ambitious and good start.”

State Sen. Darryl Rouson, a St. Petersburg Democrat, said he wants something higher than $750, fearing that people who steal things like cellphones could still get stuck with third-degree felonies under the new law.

But he also said the idea is a step in the right direction and therefore he was willing to vote favorably.

“I am reminded in supporting this bill today of the old song, ‘You Can’t Always Get What You Want,’” Rouson said.

The Florida Retail Federation — once opposed to the idea of increasing the felony-triggering value — supported the $750 ceiling during the meeting.

The organization, which represents retailers, has in the past expressed concern that raising the threshold could create a pathway for more organized shoplifting crime.

Included in the new bill: Language that would allow retail thefts to be aggregated over a 90-day period. Currently, it’s a two-day period.

Bradley, when asked whether that signaled a concession to retailers, suggested that raising the theft threshold needs to be pragmatic to pass.

“What we’re trying to do is move the needle on retail theft,” Bradley said. “It’s been stuck at $300 and there always is something that stops it from happening.”

But Chelsea Murphy, speaking on behalf of the conservative criminal justice groups Right on Crime and the Texas Public Policy Foundation, told the panel she’d like to see the aggregation length changed.

“That is a significant change, we would be a little bit more comfortable kind of bringing that back a little,” Murphy told lawmakers.

It’s unclear whether the bill will get re-referred to more committees or if it will go to the Senate floor.

Brandes said he thinks the bill will go through two more committees, where the 90-day period and other parts of the legislation could be re-worked.

The House, meanwhile, is considering a plan to raise the felony-theft value to $1,000. That measure (CS/HB 589) is sponsored by state Rep. Byron Donalds, a Naples Republican.