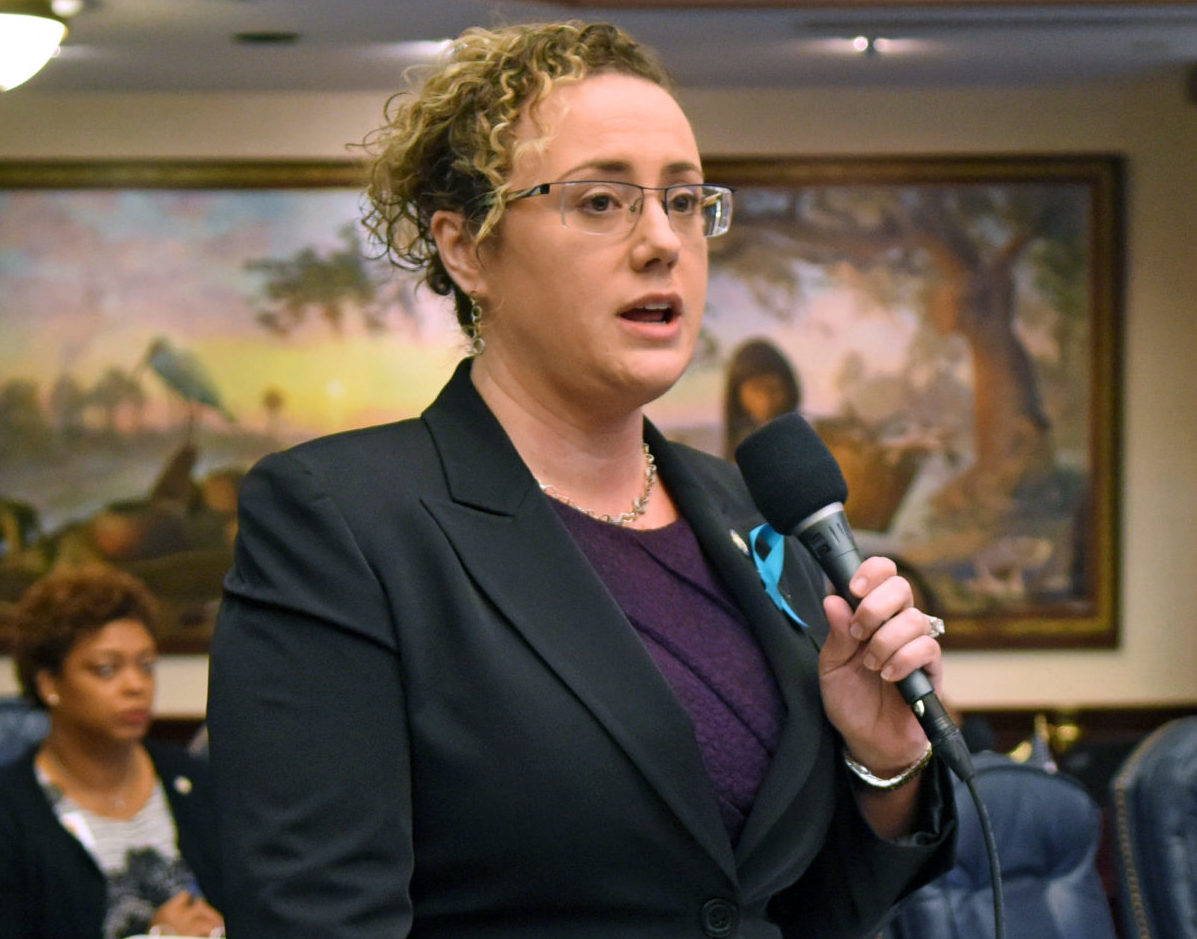 The state's Supreme Court struck down a similar law in 1989.

A bill requiring parental consent before a minor receives an abortion advanced through its first House committee Tuesday.

Rep. Erin Grall, a Vero Beach Republican, is sponsoring the bill (HB 1335) that would require parental consent when a minor has an abortion.

“Parents have a fundamental right in the upbringing of their children,” she told the House Health Quality Subcommittee. She wants an increase in involvement by a girl’s parent from the simple notification requirement in Florida law now.

But potentially stopping the right to an abortion for those who can’t obtain permission inspired emotional testimony, including from many who went through a termination.

Kristen Ericksen, a Ph.D. student, told lawmakers many pregnant teens don’t have good relationships with parents. She grew up the child of a drug addict, she said, and at age 15 successfully petitioned the court to avoid the notification requirement.

She believes a consent requirement would have forced her to carry the pregnancy to term: “I would not be here today if this bill went through,” she said.

Rep. Randy Fine, a Palm Bay Republican, compared the consent requirements to those for receiving a tattoo.

“Why do you think the Legislature might require a 15-year-old to get parental consent for a tattoo?” he said. He suggests it’s because a permanent decision carrying a health risk should not be made without a parent or guardian.

Opponents noted that Florida had a parental consent law, but it was struck down by the Florida Supreme Court in 1989 on privacy grounds.

The majority opinion in In re T.W. “invalidated a state law that prohibited single minors from obtaining abortions without permission of their parents, a legal guardian or a judge,” the New York Times explained.

“But the ruling went much further, saying the right-to-privacy amendment to the state Constitution meant that government may not interfere in abortion decisions,” it added. “The justices split 4 to 3 on the parental permission ruling, and voted 6 to 1 in ruling that the privacy amendment applied to the abortion issue.”

“Is the intent to bring a challenge on the constitutionality of privacy protections?” Smith said.

Grall said that’s not her intent, and she’s tried to address constitutional issues cited when the court tossed the 1989 law. She did suggest sometimes the courts “get it wrong.”

But she said the previous law ultimately failed because it did not allow a way around consent for pregnant mothers facing unfair hardships. The current bill does allow for a minor to petition a court and have the consent requirement waived under certain circumstances.

And she also filed related legislation (HB 1397) that will provide a public records exemption for information identifying a minor in such a situation.

Smith said most teens do have parents involved in a decision to have an abortion, and those who don’t have good reason: “We don’t need government intrusion in family relationships. We need to leave this important medical decision outside the hands of politicians.”

But supporters of the legislation, including Democratic state Rep. Kim Daniels of Jacksonville, said this was about empowering parents.

Daniels, who had an abortion as a teenager, said she consulted with 25 families in her district — and all supported a parental consent requirement.

“We have decided a minor is not mature enough to drink, to go to a club or be tried as an adult,” she said. “This is a no brainer to me.”

The House Health Quality Subcommittee voted 10-4 in favor of the bill. The legislation goes now to the House Judiciary Committee. But there is no companion legislation being carried in the Florida Senate.