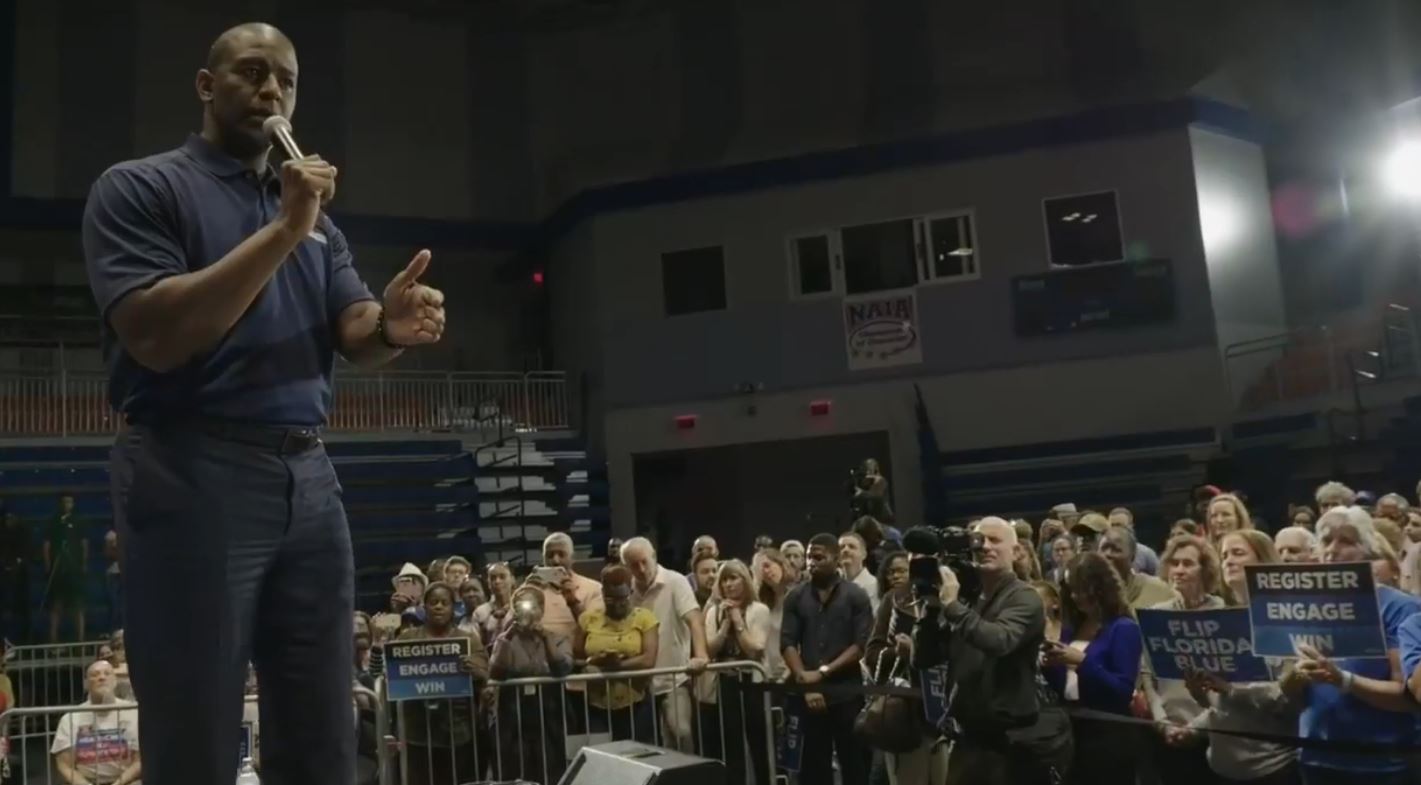 Gillum had received hype as a 2020 presidential candidate.

No, he’s not running for President.

Instead, as earlier reports Wednesday previewed, Gillum announced a new voter registration effort aimed at helping Democrats build off their success in 2018. Gillum’s goal is to register 1 million voters in Florida between now and the 2020 election.

The initiative will be managed by “Bring it Home Florida,” a recently registered organization named after Gillum’s gubernatorial campaign slogan.

“Are y’all ready to flip the United States of America blue?”

Gillum said he would be working with groups like the Florida Democratic Party, SEIU, Dream Defenders and the Florida Immigrant Rights Coalition, among others.

Gillum also touched on the new voting rights restoration amendment which was passed last cycle, giving the right to vote back to more than 1 million nonviolent felons.

“Because we voted like our lives depended on it, 1.4 million people now have the ability to register to vote here in the state of Florida,” Gillum said.

Gillum said his ultimate goal is getting enough Democrats out to vote in Florida to flip the state blue and kick President Donald Trump out of the White House.

But Gillum said he isn’t one of those candidates running to be the nominee. Instead, he said his focus is on getting people to the polls in 2020.

“I’m sure it’s probably more fun for some of those out there running for President,” Gillum said.

“This is the hard work of democracy.”