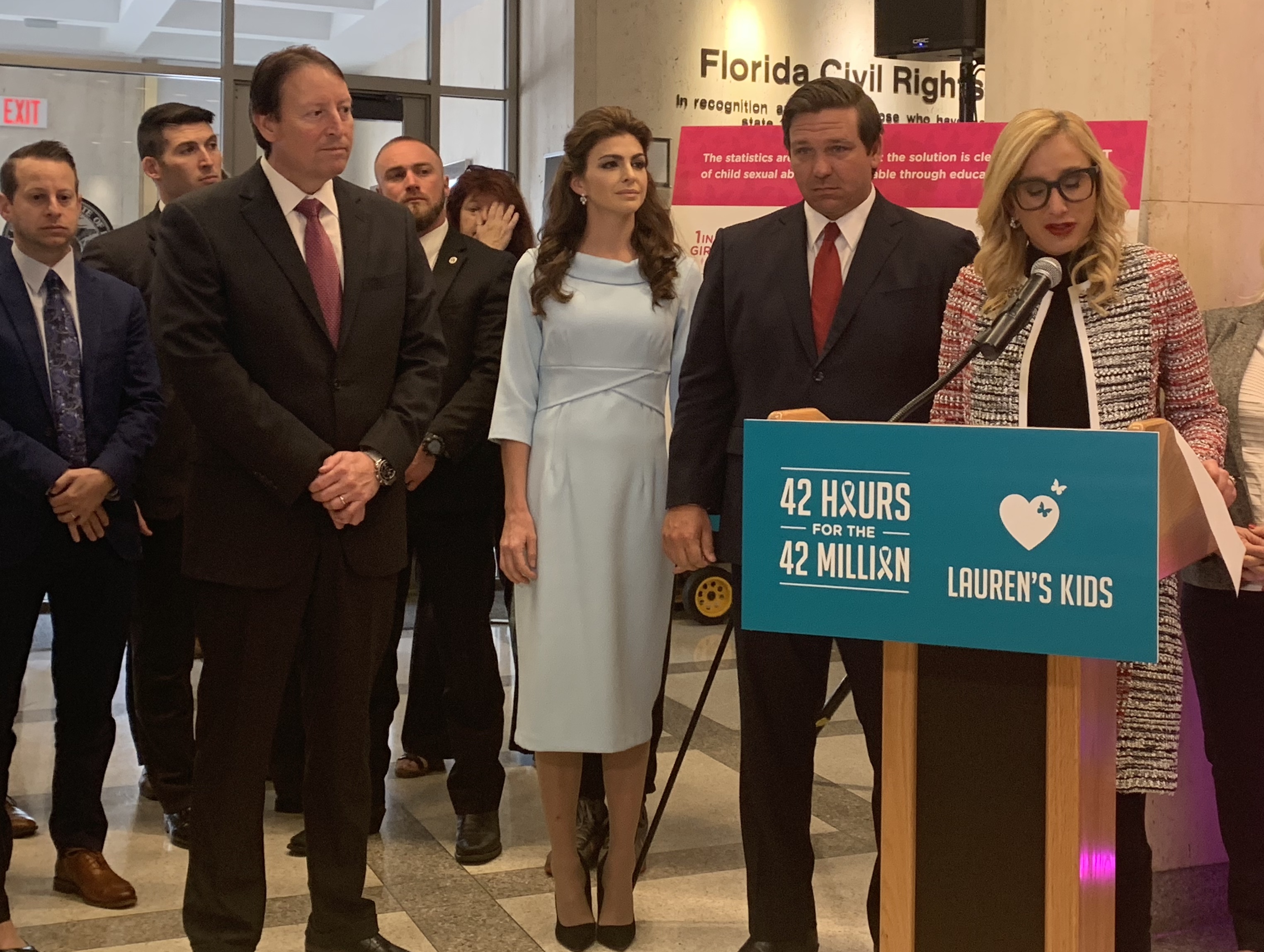 The 42-hour stroll raises awareness for the 42 million survivors.

Advocates and elected officials are seeking to curb child sexual abuse one step at a time.

The first couple offered support for Book’s advocacy. Lauren’s Kids, an organization founded and operated by Book, spearheaded the effort. Book herself is a survivor of childhood sexual abuse.

DeSantis said Florida would prosecute child abusers to “the fullest extent of the law.”

“Many of these stories of strength, hope, survival and fear show us that terrible times can be turned into action and advocacy to benefit other people,” DeSantis said.

Book suggested that her organization’s efforts will lead more people to engage in conversations about the dangers of abuse and encourage victims who are silent to speak out.

“The oldest survivor who I met did not disclose her abuse until her 98th birthday,” Book added.

Awareness could be key to stopping child sexual abuse.

Jennifer Dritt, executive director of the Florida Council Against Sexual Violence, said people need to be educated about the issue and open to discussing it.

“We could have no better advocate in the Florida Senate on these issues than [Book],” Galvano said.