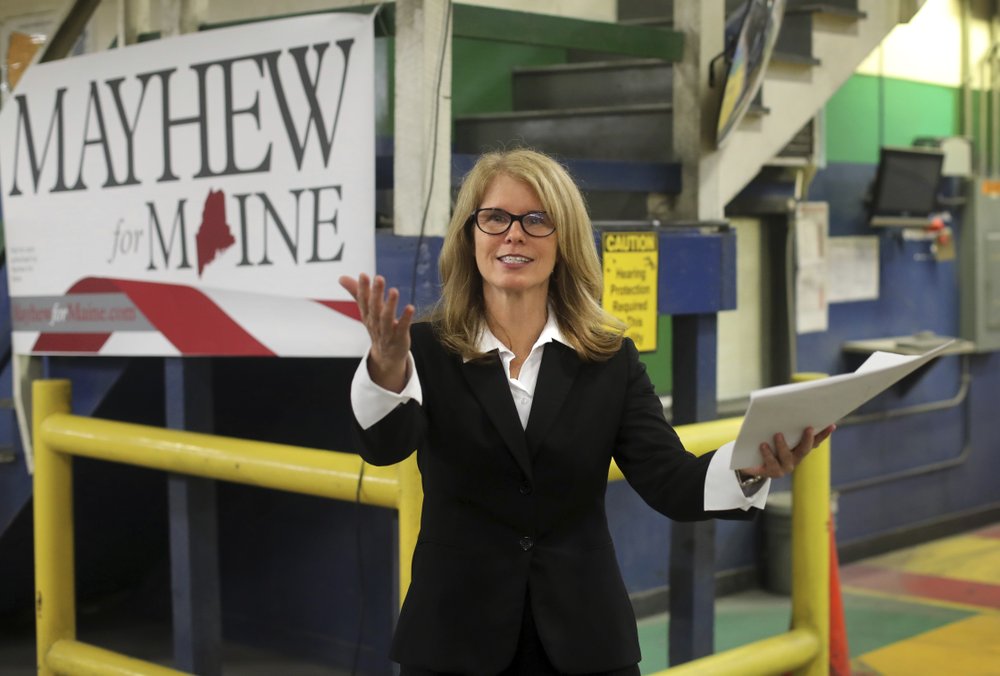 When she was in Maine, Mary Mayhew was known for her fierce criticism of government safety-net programs.

But the newly appointed leader of Florida’s main health care agency is making some unexpected decisions in her first few months on the job.

During her first confirmation hearing before a state Senate committee on Thursday, Mayhew announced she was going to put the brakes on controversial reductions to the state’s behavioral health program for children with autism.

“We are no longer going forward at this time with those rate changes and those rate reductions,” said Mayhew, who is secretary of the Agency for Health Care Administration. “The agency wants to make sure that every child with autism is getting the appropriate level of service by the right provider at the right time.”

Mayhew was addressing Sen. Darryl Rouson, a St. Petersburg Democrat, whose son has autism. Rouson asked Mayhew why the state would push ahead with changes that could result in more than a 54 percent reduction in rates to providers who treat children with autism.

Rouson also noted that the push for the rate reduction was coming in April, which is autism awareness month.

“It seems to me that that might be just a little bit insensitive at this time,” Rouson said. “Can you explain that?”

Mayhew said after the meeting that she made the decision to delay the changes to the state’s behavioral analysis program after holding a public meeting with advocates in Tallahassee last week.

She denied that the delay, which comes at the outset of Mayhew’s Senate confirmation process, was politically motivated.

The 54-year-old Maine transplant, who was one of Gov. Ron DeSantis’ first appointees, is a political lightning rod of sorts.

Most recently, Mayhew worked for the Donald Trump administration at the Centers for Medicare and Medicaid Services.

Mayhew’s time in Maine has raised red flags for some senators.

A federal audit of Maine’s community-based program for persons with developmental disabilities found that between 2013 and 2015 — while Mayhew was in charge — the health, safety, and welfare of the 2,640 children in the program was potentially jeopardized.

Several hours before Mayhew was scheduled for her first confirmation vote, AHCA also announced that the state would move ahead with a Medicaid waiver that, if approved by the federal government, would allow Florida to provide affordable housing as part of its Medicaid program.

That announcement was met with praise by state Sen. Lauren Book, a Hollywood Democrat who joined Republican senators on the Appropriations Subcommittee on Health and Human Services to recommend approval of Mayhew’s nomination Thursday.

Book was the only Democrat on the committee to support Mayhew’s nomination, which the panel approved with a 6-3 vote.

Earlier this year, Senate Minority Leader Audrey Gibson was very critical of Mayhew, questioning her position as the head of the health care agency and the overseer of the state’s $29 billion Medicaid program.

Gibson, a Jacksonville Democrat, in January said she wanted to ensure that the Senate “pay attention to who could potentially be the AHCA secretary and the scathing audit that goes with her.”

She acknowledged the report and her part in allowing the situation to occur.

“I take full responsibility, as a commissioner, of an audit that examines how well we are overseeing any of our programs,” Mayhew told the committee Thursday. “Government’s not perfect. I’m not perfect. There were systems that absolutely needed to be improved  in our oversight of these  providers.”

Her candor about the report’s findings as well as her role resonated with several committee members.

Sen. Ed Hooper, a Palm Harbor Republican, said his only disappointment in her was that she “opined today that you can not actually walk on water.”

Rouson, who voted against Mayhew, acknowledged that his opposition to her appointment was “soft” and could change before a final Senate vote on her confirmation.

While Rouson’s vote may change, others remained steadfast in their opposition.

Rader said that Mayhew’s past performance was enough to preclude her from working for Florida. Rader, an insurance agent, said Mayhew amounted to an “uninsurable risk.”

“This is really one of the worst confirmations of someone I can imagine in the United States,” he said.

previousSixty Days for 4.4.19 — A prime-time look at the 2019 Legislative Session