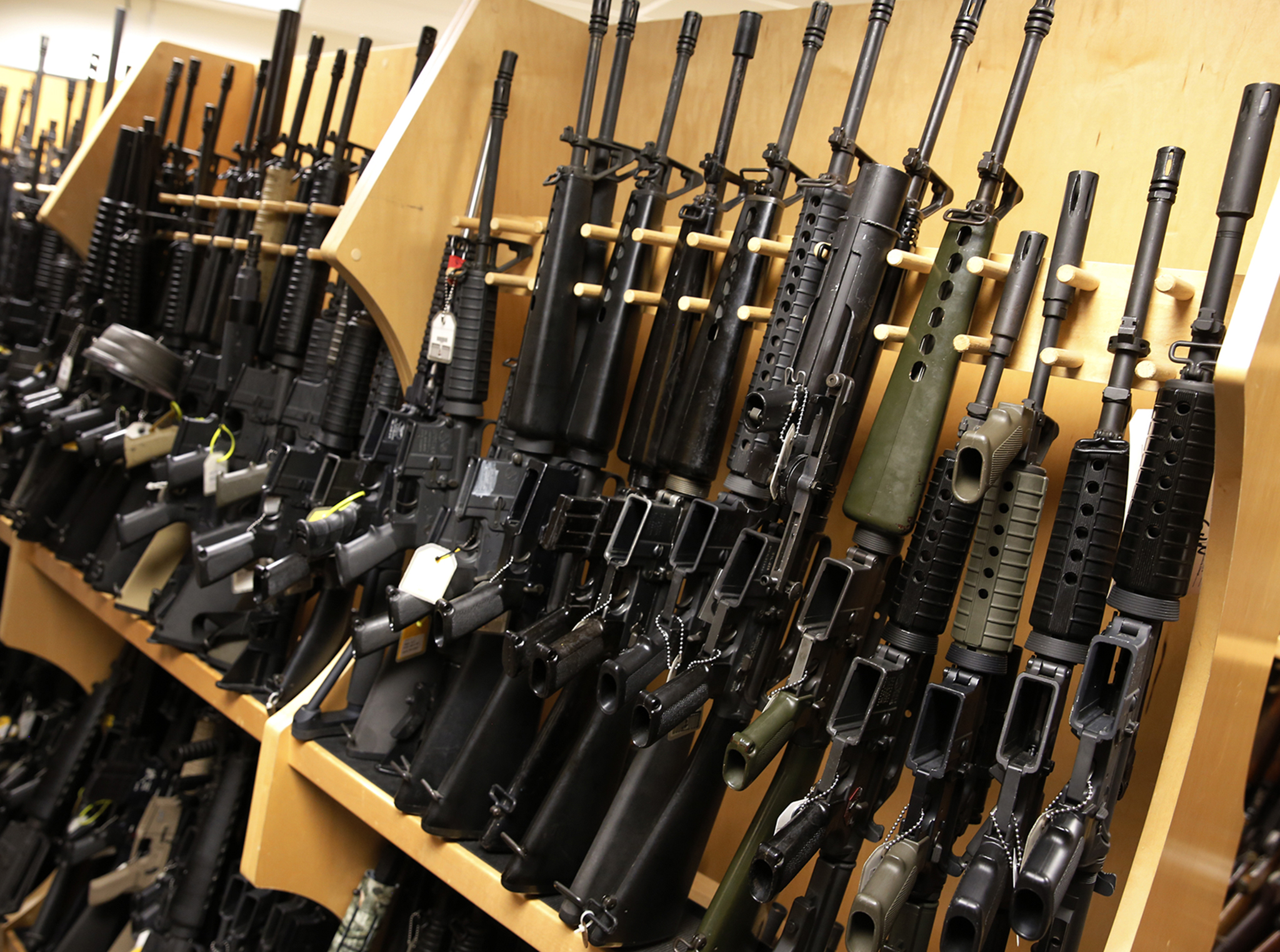 Reauthorizing the Violence Against Women Act should have been a layup in Congress. I mean, c’mon.

There is bipartisan agreement that this a good law.

Statistics paint a damning picture of the danger women can face when an ex-husband or boyfriend can’t let it go.

The Violence Policy Center issued a report entitled “When Men Murder Women.”  FBI data from 2015 and showed 928 female murder victims were either wives or “intimate acquaintances” of the man who killed them.

But as Congress debated reauthorizing the 25-year-old law, it turned into a debate over – wait for it – Second Amendment rights.

Democrats wanted to close the so-called “boyfriend loophole” where an unmarried partner convicted of abuse can own a weapon. Spouses and ex-spouses already are prohibited from gun ownership.

Uh oh. We live in a world where nothing matters more than the almighty Second Amendment rights. That’s true even when the subject is violence against women. You know what happened next, don’t you?

The National Rifle Association mobilized. Soon, 157 Republicans in the U.S. House of Representatives voted against reauthorization. Republican U.S. Rep. Ross Spano of Florida’s CD 15 was in that group.

On April 3, he issued this statement in support of reauthorization for one year while both sides argue the details.

“H.R. 1741 will ensure that the fight against domestic and dating violence, sexual assault and stalking will continue — all while giving victims the protections and certainty they need to overcome such difficult situations,” he said. “Reauthorizing VAWA in a bipartisan manner should be an important priority for Congress.”

Then he voted against it. Spano never mentioned the NRA or the Second Amendment in his statement.

The resolution passed the House because Democrats are in control, but the outlook is cloudy in the U.S. Senate. The NRA is reminding Republicans there who their daddy is, which likely Mitch McConnell will bark on command. Violence against women? Wow, guys shouldn’t do that, should they Mitch?

You know what? People have a constitutional guarantee of freedom, too, but they lose that right when convicted of a serious crime. The same logic should follow after someone has shown themselves unhinged enough to attack a woman.

They should lose the right to own a gun. Maybe later, they can satisfy a trial board that they no longer pose a danger to another person.

“It is time for Washington to stop playing political games, and for Speaker (Nancy) Pelosi to stop politicizing such a delicate issue — people’s lives are at risk,” Spano said.

He is correct. People’s lives are at risk.

And yes, games are playing played.

No one is winning though.