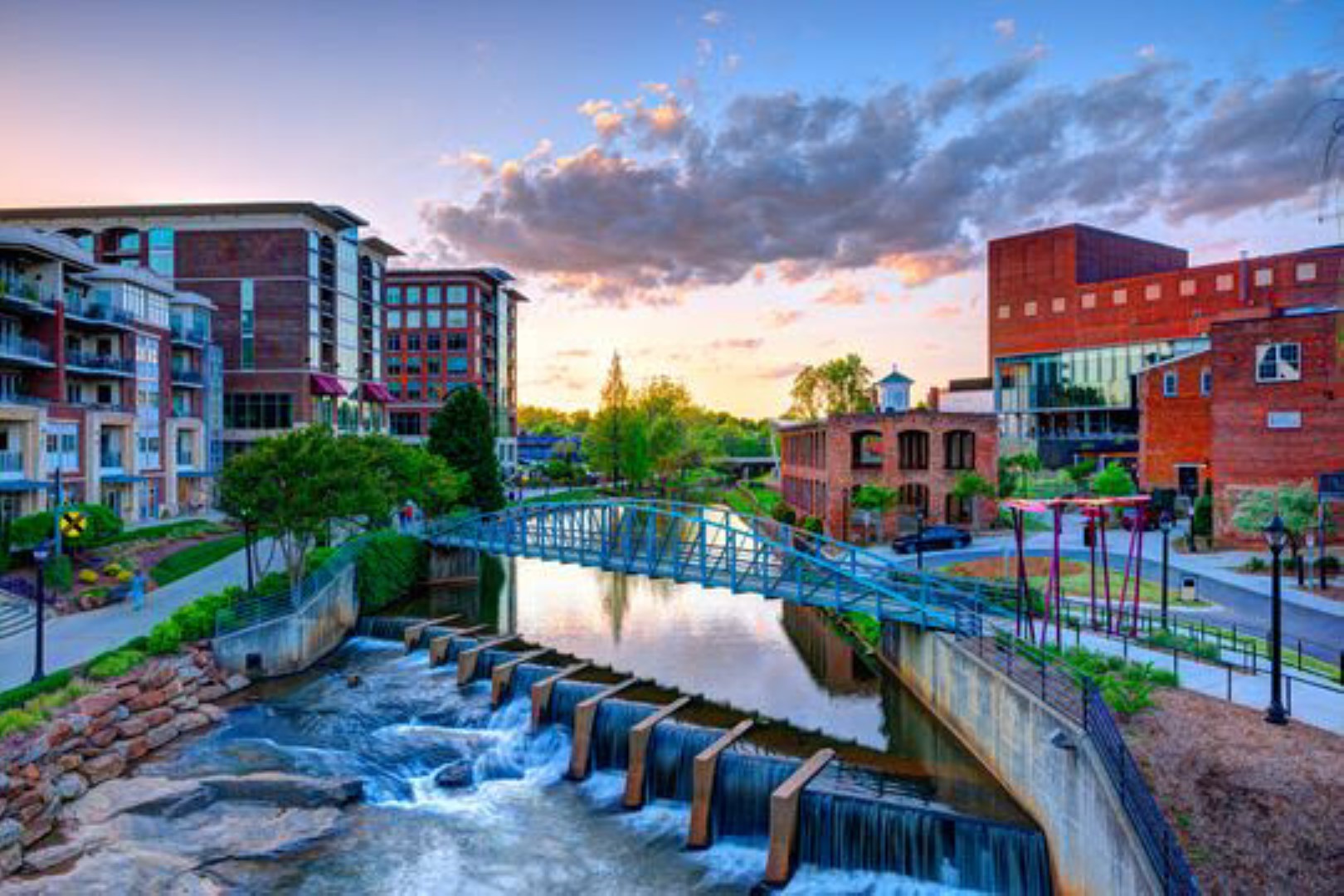 The trip was a great reminder to lower your guard and remain open to new ideas.

Stephen from WTXL/ABC sent me a text about doing an interview for that evening’s news about the recent Tallahassee Chamber of Commerce Community Leadership trip to Greenville, South Carolina.

I had just returned and, man, I should have flown. You can never truly bypass Atlanta by car, it feels like the traffic goes almost to the Florida-Georgia line.

Nevertheless, eight hours later, I got home. And if Stephen is texting that night, there is something to write about — so let’s get to it.

Greenville is bursting at the seams with economic vibrancy. Last year, Lakeland’s Economic Development Council sent a delegation to see what they could learn from the community; Tallahassee followed suit this week. They sent a crew of government and private sector leaders to see what was going on.

The group put the Mayor, City and County Commissioners, bankers, PR experts, the media, (thank you, TaMaryn, for the cool articles).

They even put a technology exec (me) into the mix to collaborate, learn and come up with some action items on what we could be doing better in North Florida from every side of the Rubik’s Cube; not just business, but education, sports … the entire enchilada.

Greenville went through what its leaders called a “40-year overnight success,” which began with cleaning up a long-forgotten city asset — a river and waterfall left for the wilderness and criminal elements to take over.

Next, there were economic dominoes: a Hyatt, minor league baseball team, BMW, Michelin, and even a nice Brooks Brothers downtown. It all brought Greenville on the national stage, becoming a destination town.

The theme of our visit was something like this: Get your local leaders in the private and government sectors to not only play nice but play full-contact.

Make bold decisions, don’t get caught up in 10 years of a master plan, but follow Derek Zoolander’s words — “DO IT.”

Greenville did it this (and more) and it was inspiring to hear the architects of this journey tell their tale.

They were also honest, too.

The city’s seven-term Mayor said that “weirdos” were the first folks to move downtown after the park was (assuming he was referring to an artsy type crowd). So once that started happening, he wanted to get normal folks coming down (assuming more boring people).

My intention is not to grossly simplify any sort of community development, growth, etc. We all know how much work, luck, skill, and money it takes to get something done on the city, state and even national level.

However, the trip was a great reminder to lower your guard and remain open to new ideas.

This is a lesson for all of us; drop the partisan politics whenever possible.

Stop investigating each other more than govern (this is especially true for our D.C. folks).

Hillary’s emails are over. Trump’s Russia is over. Get back to work on both sides.

It is embarrassing to watch our leaders in Washington constantly point fingers. When was the last time America was really united around something? NASA?

My friend, Mr. Russell Kelly, worked with Mission Control, as his fellow Americans walked on the moon. That is the America we can be, rest in peace. Mr. Kelly.

Back to Greenville and working together for the common good,

Greenville’s Mayor shared one story which to him summarized the kind of fight he was in getting the Greenville River back in business.

Further complicating the situation with the river was the state built a road over it, which needed removal.

He said one of his commissioners called, saying he had a change of heart, that what they needed to do is not move the road, but move the river.

He laughed and continued the good fight … until it became a reality.

The last time I visited Greenville was about 20 years ago, as the tour manager for the Charlie Mars Band. At that time, I thought it was one of the most unmemorable stops in the Carolinas. Most of the cities in the region were rather nice.

Times have changed, and Greenville is now a destination town with more accolades than I can fit into one paragraph so here’s a link. If you are able to improve your community in Florida and are looking for some ideas, check out Greenville.

It’s a pretty special place, and there is not one cigarette butt anywhere on the ground downtown. That’s because they have (2) full time city employees whose job it is to pick them up.

Does your city have that?

Sachs Media Group President Michelle Ubben, who was also on the trip, summed it up nicely:

“Greenville was an inspiration. To me, it highlighted how a community can leverage its best assets to grow the economy to the benefit of everyone, while also enhancing the quality of life of its residents. Tallahassee’s upcoming bicentennial is a great motivator for this community to come together around a common vision for our future. Like Greenville, I think we all can agree that we want a city that our children want to move back to.”

This column is dedicated to Mr. Russell Kelly and his family.

Blake Dowling is CEO of Aegis Business Technologies and fully endorses the TriFecta IPA made in Greenville.

previousBrandi Gabbard: Let’s work together to make sure the sun continues to shine on all!