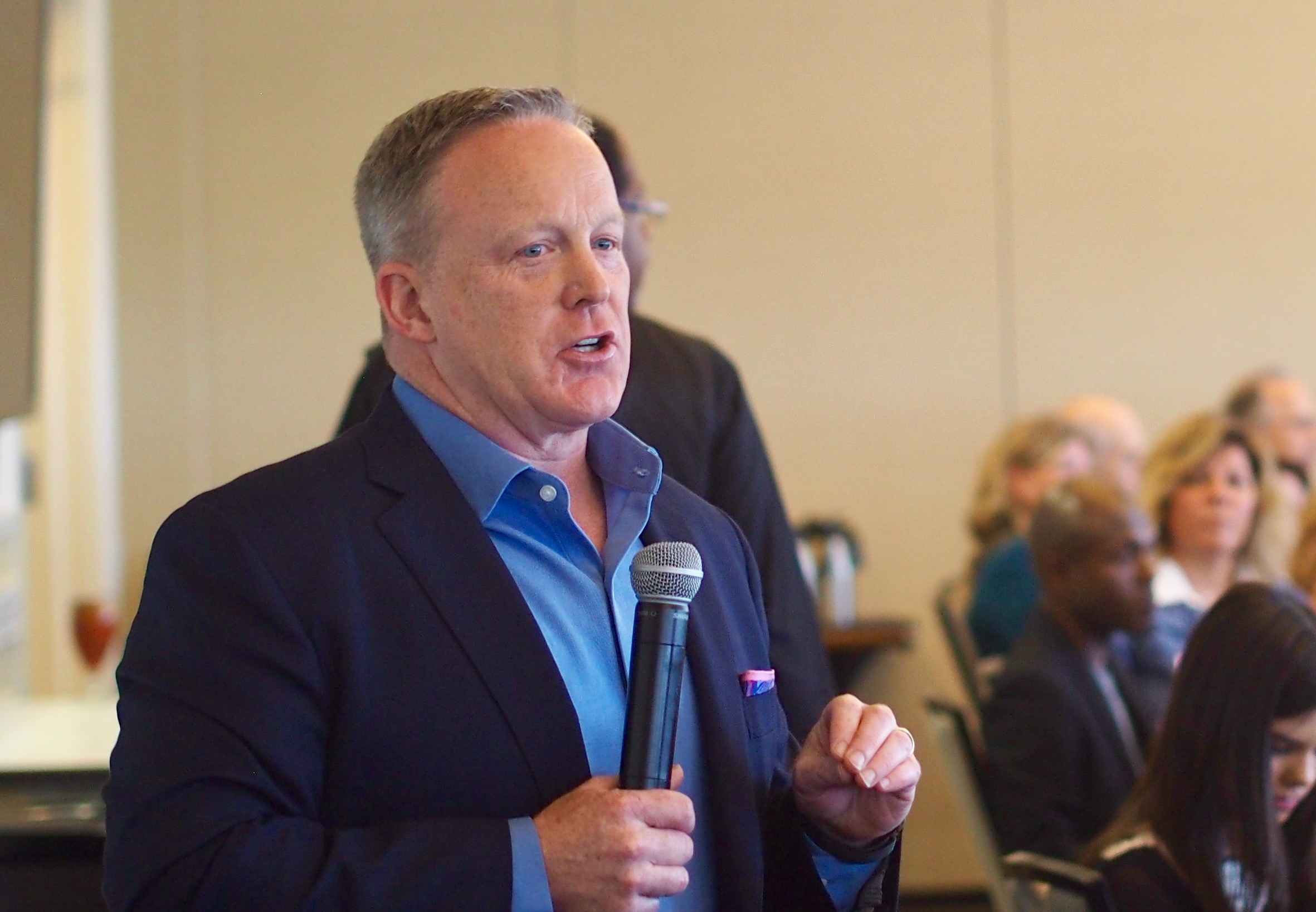 'The vehicle by which things get there... isn't always the most perfect and virtuous.'

“There were plenty of things that I’ve had conversations with the President saying, ‘I don’t think this is the most effective way of doing this; I think we can be better than this; whatever,'” Spicer said. “Ultimately, he’s the decider. As a Republican, as a conservative, the President has passed the most conservative agenda I would argue if not tied or better than Reagan.

“So, I may not like the style. One of the things I’m reminded sometimes by folks, the vehicle by which things get there, if you go back in history, isn’t always the most perfect and virtuous,” Spicer said Monday, speaking to the Tiger Bay Club of Central Florida.

Spicer said he had no regrets for his often criticized role supporting and explaining the President’s actions and statements in the first six months of Trump’s administration, saying he wishes only that he could redo some things to do them better to not let down people who were counting on him.

Spicer spoke at length about his pre-White House roles with the Republican National Committee and the first Trump campaign, going into some detail on strategies that worked for the Republicans in the 2014 and ’16 elections. However, he said little about White House strategy, speaking only about his role in dealing with the press and some of the criticism and satire he received personally. 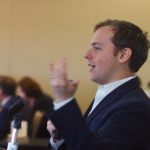 Spicer was one of two former White House communications officials brought in by the Tiger Bay Club in the past few days. On Friday the group heard a speech from David Litt, a speechwriter for President Barack Obama, who was essentially Obama’s joke writer. Litt also offered little insight into the White House during his tenure, 2012-’16 Both of them are on book tours: Spicer with his “The Briefing,” and Litt with his “Thanks, Obama.”

It was those Melissa McCarthy skits parodying him on “Saturday Night Live” that at least helped convince Spicer he had to leave that post, as he did in July of 2017, he said.

“It felt like every emotion in my head is happening at once,” Spicer said of the first time he watched McCarthy satirize him. “Which is like: ‘Oh my goodness, I cannot believe this is happening.’ ‘Holy smoke, this is kind of cool.’ And then like, ‘I’m screwed.'”

“When you are a staffer, which I spent my career doing, on Capitol Hill and during the campaigns, you should never be the story. Once that happened, I knew, ‘There it goes,'” Spicer said.

Spicer was more upbeat when describing the deep-data and professional staffers network developed successfully for the 2014 RNC campaigns to support Republican congressional candidates, and then handed off to the Trump campaign in 2016, saying, “We knew everything about voters.”

That came to play out in the closing days of the 2016 presidential election when the campaign turned its 4,000 paid staffers loose to target a group of voters normally ignored by campaigns, the “high propensity” or super voters. RNC polling showed they were uncomfortable with Trump and that 6 percent were not willing to vote for him. So the Trump campaign set out to convince them they better, or they would wind up with another Democrat, Hillary Clinton, in the White House.

“That is what that election was really about: understanding where those voters were, what made them tick, and how to get to them,” Spicer said.

Litt, who started out as a 24-year-old hired to add jokes to Obama’s speeches, wound up becoming a senior speechwriter before he left.

He recalled the 2011 White House Correspondents Dinner, at which Obama skewered Trump, an event that some have credited with infuriating Trump so much that he decided to run for President himself.

“You had Democrats and Republicans in the room. Traditionally you get laughs from one side of the room or another. At the time, Republicans were just as happy if not happier to see Donald Trump get taken down a peg because he was such an embarrassment. So I remember seeing, like [then RNC Chair and later Trump Chief of Staff] Reince Priebus was in that room, along with some other people. I think it says a lot about Washington that a lot of the people who were extremely happy to join in and watch this guy get humiliated five or six years later were like, ‘No, what are you talking about? He’s our guy!'” Litt said.

Litt said he could not take credit or blame because those weren’t his jokes. But he also thinks it wasn’t the humiliation that caused Trump to run but that he wanted to be the guy out front.

“I highly doubt it. My general theory is if you have a very large ego and you think you can win a presidential election, you run for election, whether Democrat or Republican,” Litt said. “I think the one thing that set of jokes did was crystalized an idea, for now-President Trump, what being President meant.”

Litt offered how he realized that while humor was important, the White House is sometimes not a laughing matter. He recalled a joke he wrote for a speech Obama gave in May of 2011 in which Litt wrote in an Osama bin Laden joke. Obama rewrote it that night, removing bin Laden from the joke, which ruined it, Litt said. He was frustrated and furious and nearly wrote a lengthy complaint. But that night news emerged that U.S. Navy Seals had found and killed bin Laden.

“Oh, OK. I guess I work at the White House now. I did not think about the fact that even a joke for a President or a casual throwaway line can suddenly dove-tail so clearly with national security,” Litt said.