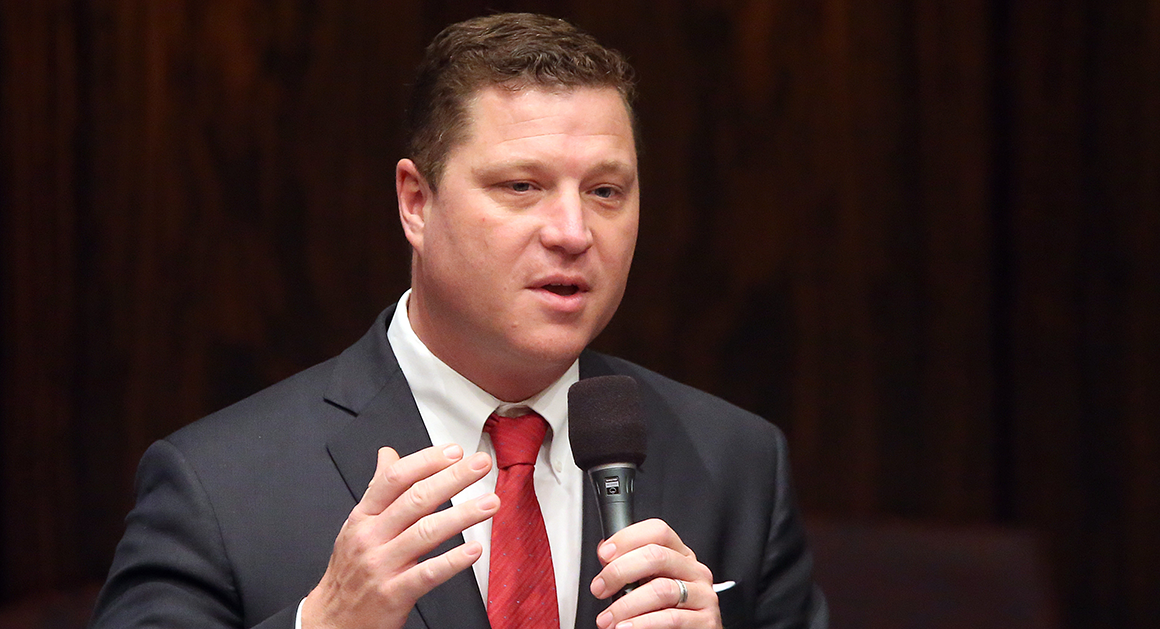 “Florida’s criminal justice system must find a better balance between punishment and rehabilitation.”

State Sen. Jeff Brandes filed an amendment to his “Florida First Step Act” proposal, making it more comprehensive and incorporating provisions in the criminal justice package put forward in the House this year.

The strike-all amendment to SB 642 would add provisions bumping the felony theft threshold from $300 to $750 and changing the “Truth in Sentencing” rule requiring convicts serve 85 percent of their sentence down to 65 percent.

Changes to the felony theft threshold are also included in SPB 7072 and Brandes’ SB 408, which would increase the threshold for third-degree felony theft to $750 and $1,500, respectively. The House criminal justice package, HB 7125, sets the line at $1,000.

The “Truth in Sentencing” change isn’t in the House bill, though the downward shift is supported by a broad array of advocacy groups, including the Florida Campaign for Criminal Justice Reform (FLCCJR), the SPLC Action Fund and the Florida Rights Restoration Coalition.

Backers say the current rule disincentivizes inmates from building up gain time, which allows inmates to shave 10 days off their sentence per month for educational achievements and good behavior. Supporters also say allowing more gain time would also reduce the state’s prison population by about 18 percent.

“Florida’s criminal justice system must find a better balance between punishment and rehabilitation,” Brandes said in a news release. “This legislation offers the opportunity to implement proven strategies that will hold offenders accountable and promote rehabilitation to achieve our goal so that everyone who goes to prison leaves better than when they entered.

“This bill will ensure that dangerous criminals remain behind bars, while low-risk offenders are diverted to less expensive, more effective sanctions. It will reduce crime, increase resources for law enforcement, and serve as the first step towards achieving our shared vision to create the best criminal justice system in the nation.”

Other provisions in the bill would allow Florida Supreme Court Justices who live outside of Tallahassee to designate courthouse near their permanent residence as their headquarters; allow judges the flexibility to depart from mandatory minimums for certain drug trafficking crimes; and require the Florida Department of Corrections to provide exiting inmates with information on community-based re-entry programs.

SB 642 has already cleared the Senate Criminal Justice Committee and is pending a hearing in the Appropriations Subcommittee on Criminal and Civil Justice.

Brandes has backed several criminal justice reforms in the 2019 Legislative Session, including the further use of risk assessment tools, which are algorithms that can help judges decide whether to set bail for criminal defendants or recommend they be held in jail pending trial.

That measure is included in SB 542, which is also pending in a hearing in the Appropriations Subcommittee on Criminal and Civil Justice. A $1 million appropriation for the procurement of risk assessment tools is also included in the Senate’s budget plan, SB 2500.