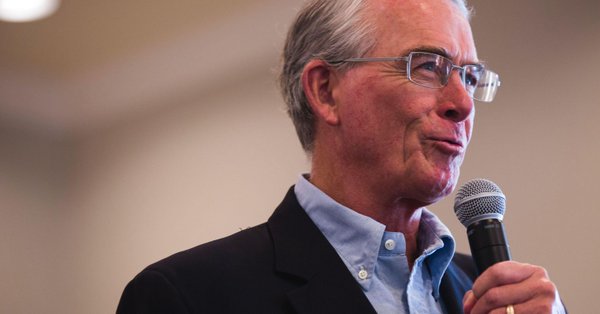 The Naples Republican last month co-sponsored a bill prohibiting use of certain sunblock in national marine sanctuaries with coral present. He co-sponsored the legislation (HR 1834) with U.S. Rep. Debbie Mucarsel-Powell, a Miami Democrat.

Rooney sent a letter to Rep. Raul Grijalva, chair for the House Natural Resources Committee, calling for a hearing. He also sent the letter to Rep. Rob Bishop, the committee’s ranking Republican member.

“This straightforward bill would safeguard our federally protected coral reefs by prohibiting the human use of oxybenzone and octinoxate within National Marine Sanctuaries where coral is present,” he said.

“These reefs are vital to the marine ecosystems across the United States and around the world and we need to understand the long-term effects that these chemicals could have on our waters and marine systems.”

There’s been continuing struggles at all levels of government around the appropriateness of banning oxybenzone. The chemical is the essential ingredient for high-SPF protection lotions.

Key West earlier this year took first steps toward prohibiting sunblocks with oxybenzone from being sold there. But Miami Beach later rejected a call for a similar ban.

The federal legislation from Rooney and Mucarsel-Powell would prohibit the use and application of oxybenzone sunblocks, but  again, only while in a national marine sanctuary with coral present.

That would include the Florida Keys National Marine Sanctuary, which encompasses 3,800 square miles of water. The coral reefs serve as a visitor attraction and a major habitat for 6,000 species.