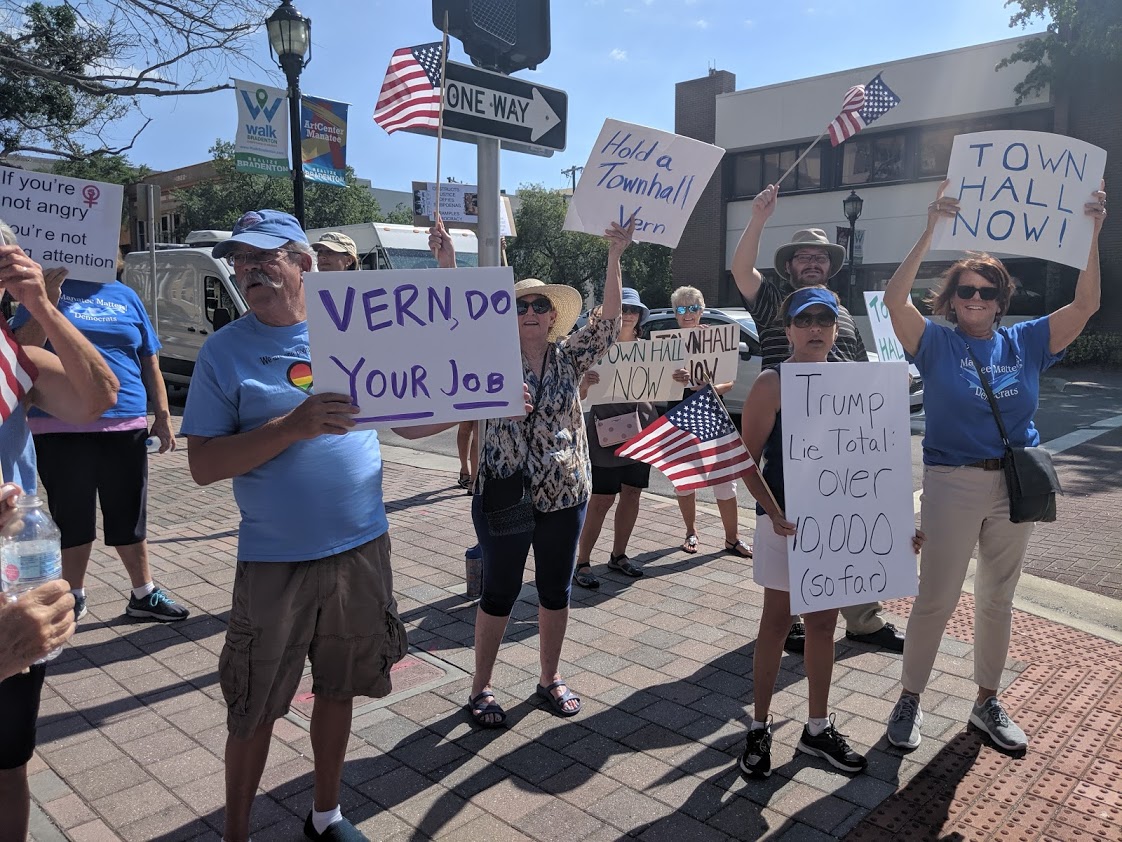 "It's time for the country to move on," staffer says.

The activists also gave speeches slamming the President for a number of instances in the report described as potential obstruction of justice.

Activists appealed to Buchanan’s moderate reputation in urging him to scrutinize the President further.

“Recently he broke ranks and voted with Democrats in favor of a measure to prevent Trump from pulling out of the Paris Climate Accord,” said Jenni Casale, a retired teacher and activist with Action Together Suncoast.

“There are probably a lot of Republicans who didn’t like that. But he did something courageous and correct for his district and the country.”

She said at the least, Buchanan should hold a full-scale town hall event to hear from all constituents.

“If Buchanan is serious about representing his district – us – he needs to hold a town hall and listen to his constituents – all of us,” Casale said.

But Buchanan’s office offered little hint he will entertain further investigation. Staffers noted the Mueller report found no evidence of collusion between Trump’s campaign and any Russians interfering with 2016 election process.

“The Mueller report found no collusion by President Trump or his campaign and brought no charges of obstruction,” said Buchanan spokesman Anthony Cruz.

“It’s time for the country to move on.”

Staffers also noted that Buchanan absolutely has held towns. None drew the intense interest of a 2017 event Buchanan ultimately moved to the Van Wezel Performing Arts Hall. But the events this year were open for all constituents.”

“Vern has already held two town halls this year and will let people know when we schedule another,” Cruz said. “Our most recent town hall in Sarasota was publicized by the Sarasota Herald-Tribune and ABC-7.”

“We need a town hall because of the growing Constitutional crisis,” Coleman said. “It’s frustrating to see Rep. Buchanan not willing to exercise the oversight powers he has as a member of Congress, when we see such flagrantly unaccountable, undemocratic, unlawful behavior from the executive branch.”