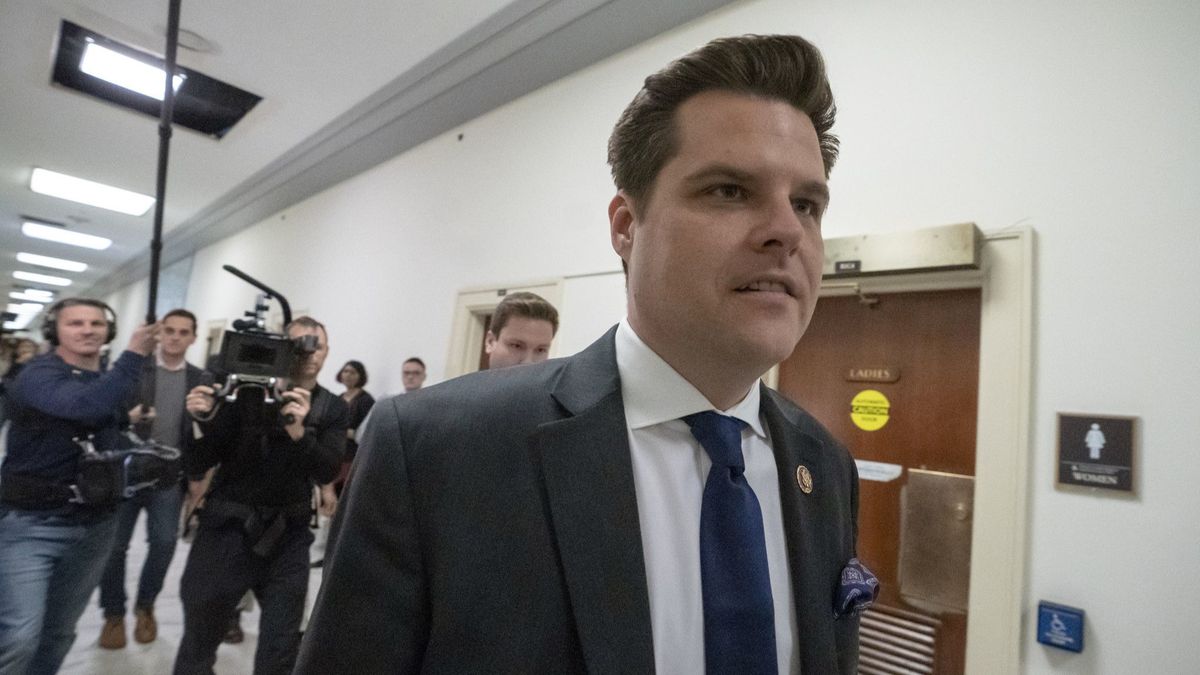 “Clearly it takes more than a drink to slow down our great team."

Police arrested Amanda Kondrat’yev, a Pensacola activist and former 2016 political opponent of Gaetz, who allegedly threw a drink at the Congressman during a protest Saturday.

Milkshaking is when a drink (often a milkshake, but other beverages in a cup have been used) is thrown as a political protest — similar to egging or pieing. Arrest reports later revealed in this case, Gaetz was splashed with a red sports drink, according to the Northwest Florida Daily News.

A video caught by one bystander shows Gaetz reacting after being hit from behind then identifying Kondrat’yev in the crowd.

The refreshment appeared to be lobbed at Gaetz as he exited Brew-Ha-Ha restaurant in Pensacola, after a town hall to address failed legislation that, if passed, would have change how land ownership works on the beach in Escambia County.

The legislation was met with pushback from activists, and ultimately the bill died.

Addressing a question from Dianne Krumel, organizer of Save Pensacola Beach, Gaetz said:

“As a consequence of a lot of the advocacy that you led and that others led in the area, I have lost this argument with the people of this district. I know that, and I have no intention of refiling this legislation because I do not believe that it will get a hearing in the Senate. And I do not believe that I have been successful of convincing people that double-taxing folks on the beach is unfair.”

As he exited the restaurant after the event, Gaetz was allegedly struck by Kondrat’yev’s beverage, but this isn’t the first time the two have had conflict.

In May 2016, while Kondrat’yev was running against Gaetz for then-incumbent Jeff Miller’s seat, a lawsuit was filed on behalf of her and three others by humanist groups stating that a large cross in Bayview Park violates the Establishment Clause of the First Amendment.

Weeks later, Gaetz challenged Kondrat’yev to a debate on the topic, issuing this statement:

“In Northwest Florida, we have a deep and abiding faith in God, and we enjoy exercising our right to religious freedom guaranteed by the Constitution. Now, our religious liberty is under attack by far-left liberals like Amanda Kondrat’yev, who filed a lawsuit to remove the Cross at Bayview Park.”

In September 2017, appellate courts upheld an earlier ruling in the lawsuit that the Bayview Park cross must come down. The lawsuit is still in appellate courts but will be seen through to completion, according to Mayor Grover Robinson.

The alleged assault of Gaetz by Kondrat’yev is the latest clash between the two.

Gaetz said of the incident: “Clearly it takes more than a drink to slow down our great team. We are always thankful to the brave law enforcement officials who keep everyone safe at our events.”

Gaetz told the Daily News he does plan to press charges, even though the throwing of the drink “wasn’t something that hurt me or concerned me greatly.”

“If you allow someone to throw a drink at me and hit me, then the next time they might throw something else, maybe a rock, and hit a member of my staff. And the next thing I know somebody could throw something at a supporter or a citizen,” he said.

“We take it very seriously because we don’t want this to become the norm at any event we host.”

In this event, Gaetz said he had to continue to another speaking engagement at DeFuniak Springs. He did not bring a change of shirts and had to go on stage with the red stains visible.

It appears the significance of the red drink may have related to gun politics. The Daily News reports a restaurant employee took a photo of Kondrat’yv carrying a sign that read: “Gaetz Wipe Off the Blood From Your Hand A+ Rating- NRA Save Our Kids Vote Gaetz Out in 2020.”