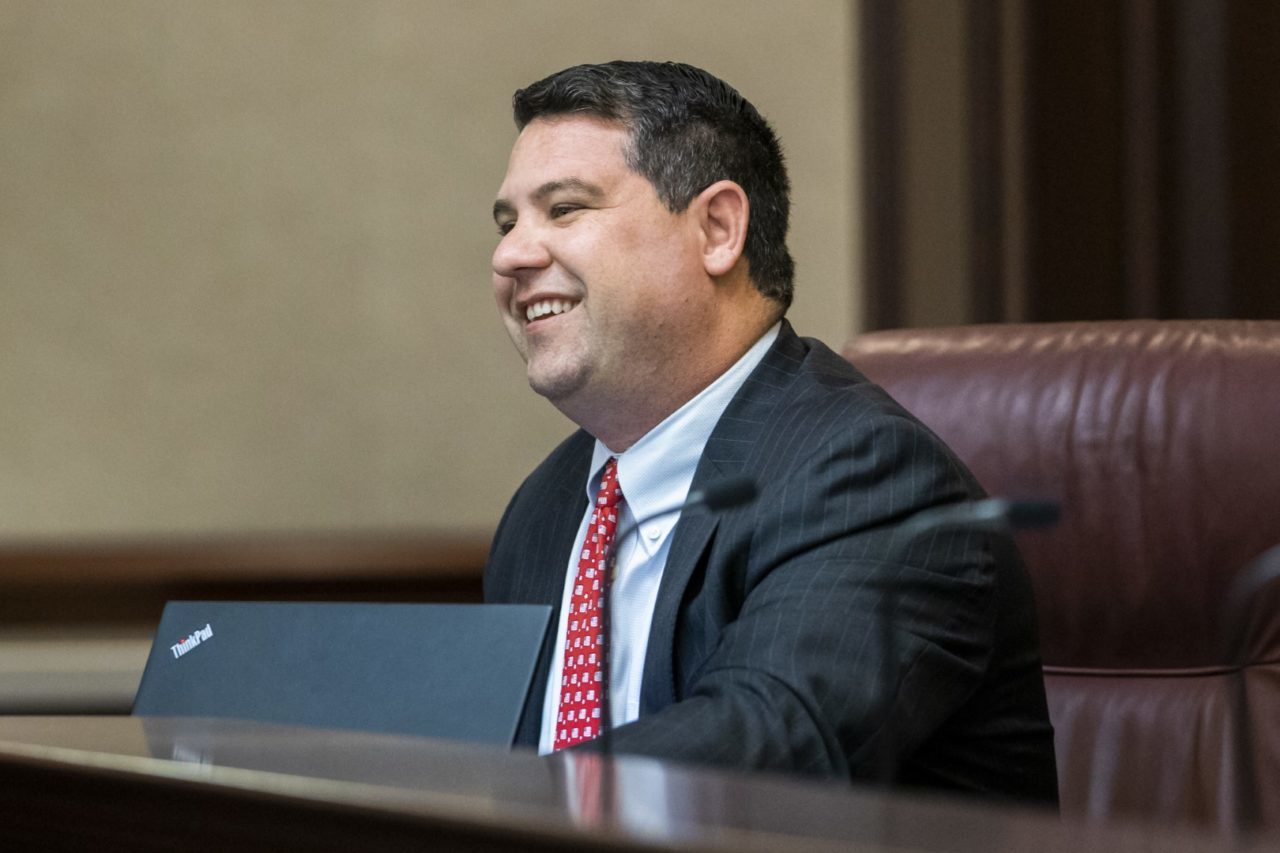 "Usually, we fight within our ranks."

For state Sen. Travis Hutson, still vying for the 2022-24 Senate Presidency (more on that below), the 2019 Legislative Session was especially notable for one reason.

Unlike in years past, Republicans did not frag each other.

“This was one of the first Sessions I experienced,” said the St. Johns County Republican on Monday, “where the House, the Senate, and the Governor were all on the same page.”

“Usually,” Hutson added, “we fight within our ranks.”

Hutson said it was a “testament” to Gov. Ron DeSantis, who had a legislative background unlike his immediate predecessor, that a clear, linear, and collaborative process was in play.

“He or his staff would bring us in, go through amendments and nuances on bill after bill, through the 11th hour,” Hutson said.

A number of bills, some with Hutson’s name attached, were worthy of note.

One such piece of legislation: HB 7071, which includes a requirement that a financial literacy course be offered in all Florida school districts starting next school year.

That was a priority of Hutson’s departed friend, the late Sen. Dorothy Hukill.

While the course is only an elective, for now, it beats the current alternative, where “financial literacy was stuck into a three-week class.”

The elective will allow policymakers to see what student demand there is for the course, a “great first step.”

“Most parents I talk to are thrilled,” Hutson said.

Hutson was excited about the workforce legislation bill in general, noting that he had been “preaching for more trade education” for years.

Many students, he noted, would spend tens of thousands of dollars on education, with no jobs waiting at the end.

He credited chairs Manny Diaz and Kelli Stargell with helping refine the proposal, which offers a vocational school pathway, along with 18 credit hours in core classes, such as English and math.

Workforce education, relates Hutson, will be of use as areas like his St. Johns County grow.

In addition to construction and public safety, Hutson notes that a school in his district (Pedro Menendez High School) offers a nursing program that allows students to work in the field once they graduate high school.

This bill would allow such innovation statewide, Hutson added.

Students, added Hutson, are able to be geared toward these vocational tracks in middle school

For his efforts on this and other bills, Hutson was lauded by school choice advocates.

Another bill that excited Hutson (and solved a problem whose solutions had eluded lawmakers in previous Sessions): HB 7065, which changes the assignment of benefits process for insurance.

AOB sees policyholders sign over their insurance benefits to a contractor in exchange for quick repairs to their home. Contractors and insurers have clashed over what the ultimate payout should be, leading to lawsuits.

These suits have grown faster than Florida’s population. The bill disincentivizes filing those suits, cutting provisions that put insurers on the hook for plaintiff’s attorney fees.

The bill would also require contractors to give written cost estimates for repairs and allow homeowners to back out of AOB agreements for any reason within 14 days or 30 days if repairs haven’t been “substantially” performed.

These will be game changers (for better or worse) for the industry:

— CS/HB 19, meanwhile, will (pending the Governor’s signature, and federal approval) allow the importation of prescription drugs in the coming years, legislation passed despite a heavy lobbying effort in favor of the status quo, which sees Floridians on the hook for the highest drug prices in the world.

The bill requires reformed felons seeking restoration of their civil rights to pay costs and fees related to the disposition of their cases before getting the right to vote.

The bill has a limited scope, in part to ward off potential challenges of the legislation on First Amendment grounds. Hutson sees potential to expand going forward.

“There’s a little more work to do,” Hutson said.

Of course, the Legislature is done with its formal work until committees start up in late September.

Hutson, for his part, is going to attempt to keep pace with fundraising powerhouse and Senate Presidency competitor Kathleen Passidomo.

He expects to have roughly half a dozen fundraisers in the next four to five months, in different areas of the state, targeting different interest groups.

The horserace will be worth watching as May’s post-session reports come in within the next week.

Passidomo’s Working Together for Florida PAC had, as of the end of March, roughly $500,000 on hand.

Hutson’s Sunshine State Conservatives committee had, at the end of March, roughly $230,000 on hand. His First Coast Business Foundation committee had another $460,000.

The race between Passidomo and Hutson has been cordial and is expected to remain so.