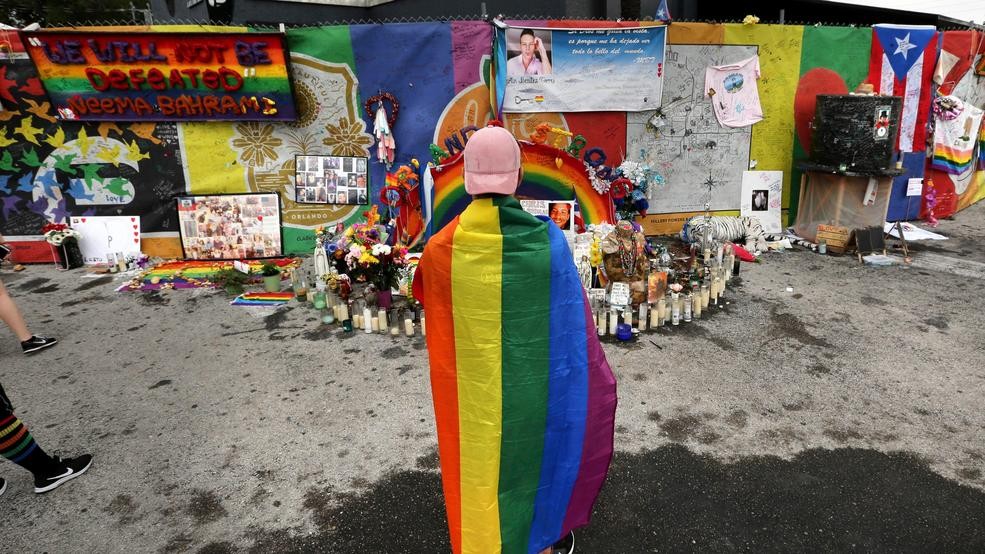 The third anniversary of the Pulse nightclub massacre brought remembrance, proclamations, and acknowledgments by the state that something horrific happened that night in Orlando.

Well, OK. The people of Florida and their leaders always should remember the evil that on June 12, 2016. Gov. Ron DeSantis ordered flags to fly at half-staff throughout the state.

But simply remembering the murders of 49 human beings, many who were part of the LGBTQ community, is not enough.

It will never be enough until Florida decides it’s not a good idea to have weapons of mass murder that are so easy to obtain. And that’s the problem.

After leaders offered their thoughts and prayers following Pulse, did anything change?

High-powered weapons like the one used in the Pulse rampage are still readily available. The National Rifle Association still gets what it wants from its serfs in the Legislature. The NRA aggressively fights even tepid restrictions to Florida’s gun laws.

When horror happens as we saw in Orlando, Second Amendment advocates sometimes change the narrative to confuse the issue.

After the Pulse massacre, the focus shifted from gun control to the necessity that we aggressively fight terrorism. The murderer, who shall not be named, was American-born. He was a terrorist for sure. He had pledged allegiance to ISIS and hated gays, but there was no evidence ISIS directed the attack.

Yes, there was a lot of terror that night. But instead of being directed from a foreign shore, it happened because an unhinged bigot had a gun — actually, two of them.

A couple of weeks before his deadly mission, he legally bought a Sig Sauer semi-automatic rifle and a 9 mm Glock handgun. He wanted to inflict carnage, and he succeeded. Besides the 49 people who died, 53 others suffered injuries.

But I ask again, what has changed?

On Valentine’s Day in 2018, 17 people were shot to death at Marjory Stoneman Douglas High School in Parkland. The Legislature’s answer is a law that allows some teachers to carry guns in their classrooms.

It won’t stop there. Lawmakers will keep pushing to allow guns in more places until Florida becomes an oversized OK Corral.

The NRA cheered when Gov. Ron DeSantis signed a bill that makes it harder for citizens to get proposed constitutional amendments on the ballot.

NRA lobbyist Marion Hammer told her followers, “These changes are critically important to gun owners, as anti-gunners repeatedly try to subvert the Constitution and Second Amendment rights by imposing gun bans and gun control through the ballot petition process.”

There you have it. It’s all about the guns.

So, on this day, we remember the victims of the Pulse massacre.

Maybe we think about the wounded who still struggle physically and emotionally.

But the flags go back up to full staff on the morning after, and the question remains the same.

As always, the answer is the same.