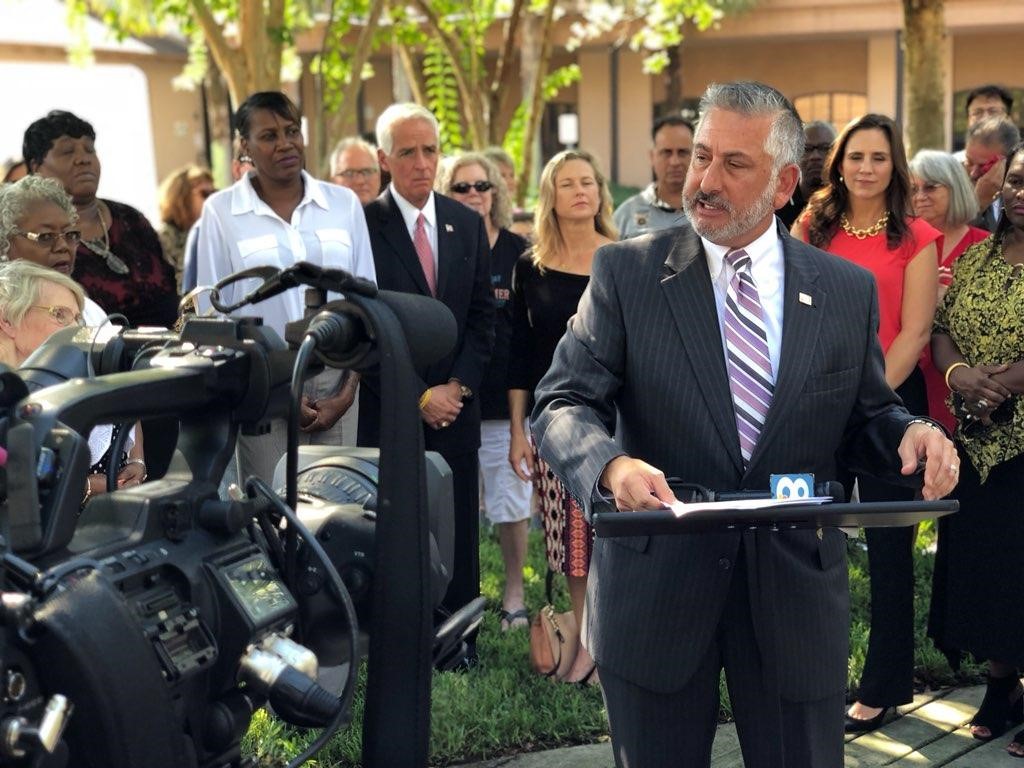 If they don't support it, they might regret it.

St. Petersburg Mayor Rick Kriseman is cautioning St. Pete Beach that the compromises reached to make the proposed Central Avenue Bus Rapid Transit route more palatable to its community could evaporate if the city moves forward with plans to approve a resolution opposing the project.

In a letter to St. Pete Beach Mayor Al Johnson, Kriseman “encouraged” Johnson to support the project with compromises reached with the Pinellas Suncoast Transit Authority.

Kriseman sent the letter Wednesday, a day before the commission was set to consider two resolutions. One would directly oppose the BRT project. The other would have supported it, but not as written.

Thursday morning the St. Pete Beach City Commission unanimously approved the latter. The resolution included plans to continue working with PSTA to create a plan the city could support.

The original compromises, which no longer satisfy St. Pete Beach officials, include reducing the size of buses used on the route from 60 feet to 40 feet, moving the St. Pete Beach route terminus from the Don Cesar to the Pinellas County beach access further north on Gulf Boulevard and allowing St. Pete Beach to receive the new PSTA service for free.

“I encourage you to pass a resolution that is tenable so that we can all continue to work together on an interlocal agreement and not force our partners to forge ahead without your support,” Kriseman wrote. “I believe that discussion of bringing back the 60’ buses, as intended since 2007, along with terminating the route at the Don Cesar will return should St. Pete Beach take action indicating its unwillingness to be a partner in this endeavor.”

PSTA has been working with elected officials in St. Pete Beach to assuage concerns about the BRT route on Gulf Boulevard. St. Pete Beach residents have expressed overwhelming discontentment over the project, arguing city buses do not fit in a beach town. They would rather see a plan that ends the BRT route at 75th Avenue where the Corey Causeway meets the island.

“A terminus just onto the island is not acceptable to St. Petersburg, Pinellas County or the region because it would significantly lower ridership and put the entire project in jeopardy,” Kriseman wrote.

Transit routes that present so-called “first-mile/last-mile” problems experience lower ridership than those that more efficiently deliver riders to and from their destinations. Stopping at 75th Avenue would require riders to either take a significant walk to the hotels, restaurants, or beachfront or use another form of transportation.

If such a stop were to discourage ridership and lower existing projections, the BRT project could risk losing the more than $21 million in proposed federal funding, which it needs to move forward.

St. Pete Beach might ultimately not have a say in the project at all. Gulf Boulevard is a state road, which the Florida Department of Transportation controls. The beach access is a county park.

Still, countywide officials are trying to work with the city to ease their concerns. Kriseman said basically the same in his letter, reminding he had been supportive of the city’s municipal autonomy.

“I have fought preemption attempts throughout my time in public service. It is for that reason and others, I have stayed out of the conversation about how bus rapid transit should operate in those cities on the proposed route outside of St. Petersburg,” Kriseman wrote.

However, Kriseman lamented the city’s latest direction on the project threatens its viability and would hinder transit access for tourists traveling between downtown St. Pete and the beaches as well as the hundreds of workers who use transit to get to jobs on the beach.

“Please think both locally and regionally, and on behalf of the countless residents who believe in this project but are not well-connected or able to organize themselves politically,” Kriseman wrote.