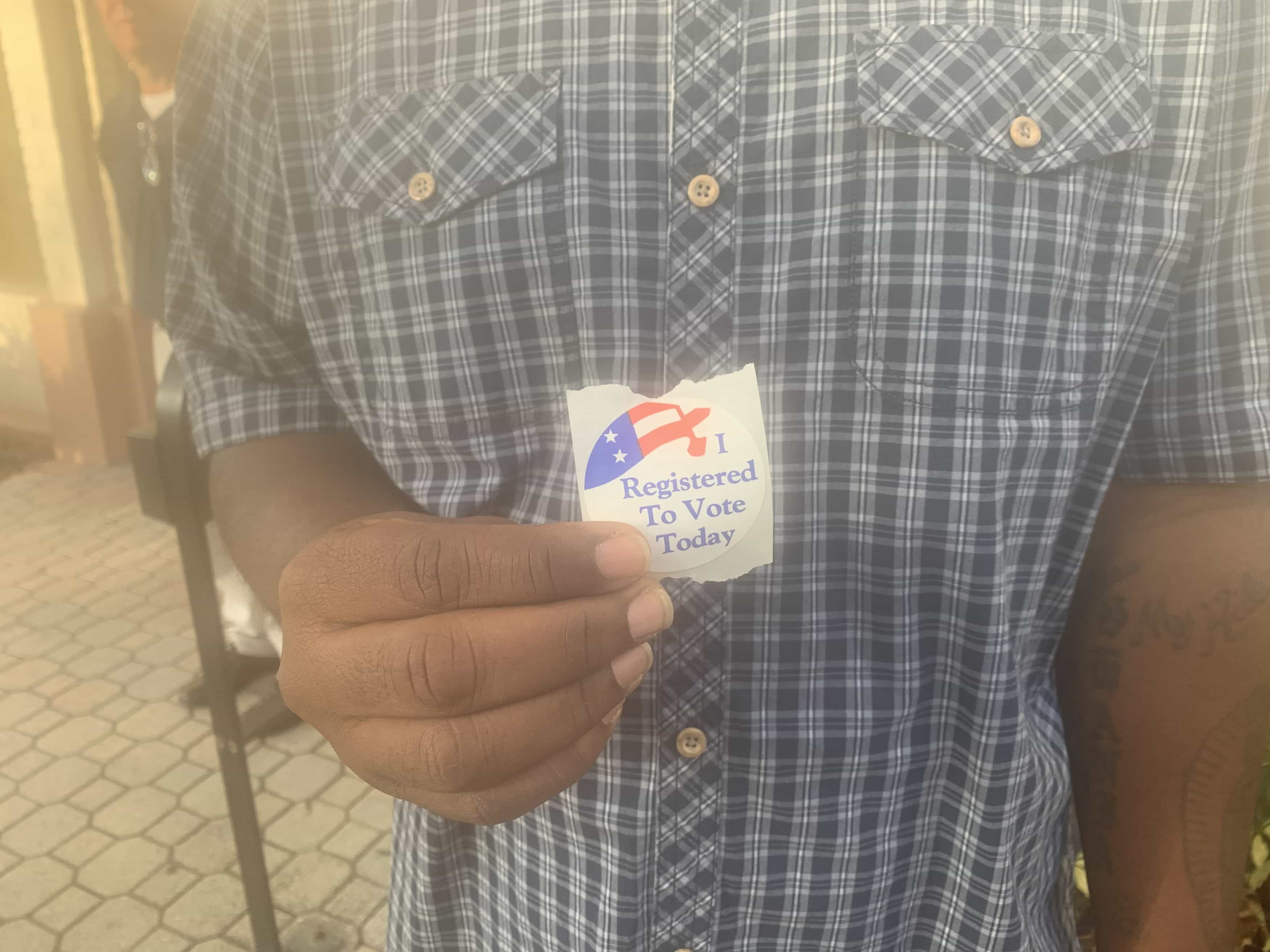 'Plaintiffs’ eligibility to vote is based entirely on their financial status', suit argues.

With representation from the Southern Poverty Law Center, the two plaintiffs, Rosemary Osborne McCoy, 61, and Sheila Diana Singleton, 56, contend the financial obligations spelled out in Senate Bill 7066 amount to a denial of their “right to vote based purely on their low-income economic status.”

The suit, filed Monday in the Tallahassee Division of the U.S. District Court for the Northern District of Florida, charges that SB 7066 violates the U.S. Constitution rights for equal protection under the law, against poll taxes, and against excessive fines.

It’s now at least the fourth lawsuit filed on the new law, which is likely to be consolidated with the other three under Chief U.S. District Judge Mark Walker.

DeSantis signed SB 7066 late last Friday, codifying requirements that felons seeking to have their voting rights restored through completion of their sentences, as allowed under Amendment 4, must pay all fines, fees, and restitution required by the courts. There are options to waive fines and fees, but not restitution.

Estimates suggested as many as 1.4 million Florida felons could have their voting rights restored under Amendment 4. But under SB 7066 that number is considerably lower. Nonetheless, supporters of Amendment 4 have been working to register voters regardless of SB 7066’s requirements.

There was considerable debate throughout the Florida Legislative Session last spring over whether the Amendment 4 ballot language, the backers’ presentation to the Florida Supreme Court on its scope, and campaign marketing for its passage in November 2018 acknowledged that fines, fees, and restitution must be included in the amendment’s requirements for “completion of sentence.”

Republican lawmakers contended it was clear that such financial obligations always were intended.

Opponents of SB 7066, including most Democrats, contended that is a false reading, and that the inclusion of such financial obligations, which for some can run into hundreds of thousands or millions of dollars, essentially serves as a financial disqualification for life for many felons seeking to have their voting rights restored, but who can only find low-wage work.

The lawsuit filed by the Southern Poverty Law Center agrees with the latter. It argues that the financial requirement “is a direct contravention of the clear and unambiguous language in Amendment 4.”

The complaint is being made under the federal 14th [equal protection], 24th [outlawing of poll taxes], and 8th [abolition of excessive fines and cruel and unusual punishments for crimes] Amendments of the United States Constitution. The suit seeks a declaratory judgment that SB 7066 is unconstitutional.

Both McCoy and Singleton were convicted of felonies and served their full sentences in jail and prison and their full periods of probation. Both also paid court fines and fees. Both registered to vote earlier this year, and both voted in the spring elections.

Then each was informed that she still owes thousands of dollars in court-ordered restitution payments, and so is no longer eligible to vote under SB 7066. McCoy owes at least $7,531; Singleton owes at least $14,913, according to the suit.

“Neither Plaintiff McCoy nor Plaintiff Singleton have the financial means to satisfy their monetary obligations as a precondition to being eligible to vote pursuant to Senate Bill 7066,” the suit claims. “Under Senate Bill 7066, Plaintiffs’ eligibility to vote is based entirely on their financial status.”

McCoy fulfilled her sentences of two years behind bars and 18 months probation for a 2015 felony convictions of racketeering, fraud, and grand theft.

Singleton fulfilled her sentence of six months incarceration and three years probation for a 2011 felony conviction of exploiting the elderly.

“The State of Florida has a very long and storied history of denying poor people, racial minorities, and women the right to vote. Plaintiffs fit all three of those categories,” the complaint contends. “they are low-income African American women who have lived most of their lives in Florida. They have children and grandchildren, pay taxes, and have built a community for themselves and their loved ones.

“They volunteer in their community and work every day to address the very poverty-related issues that contributed to their own mistakes, and they focus their attention on encouraging young people to vote and avoid a similar fate,” the suit adds.