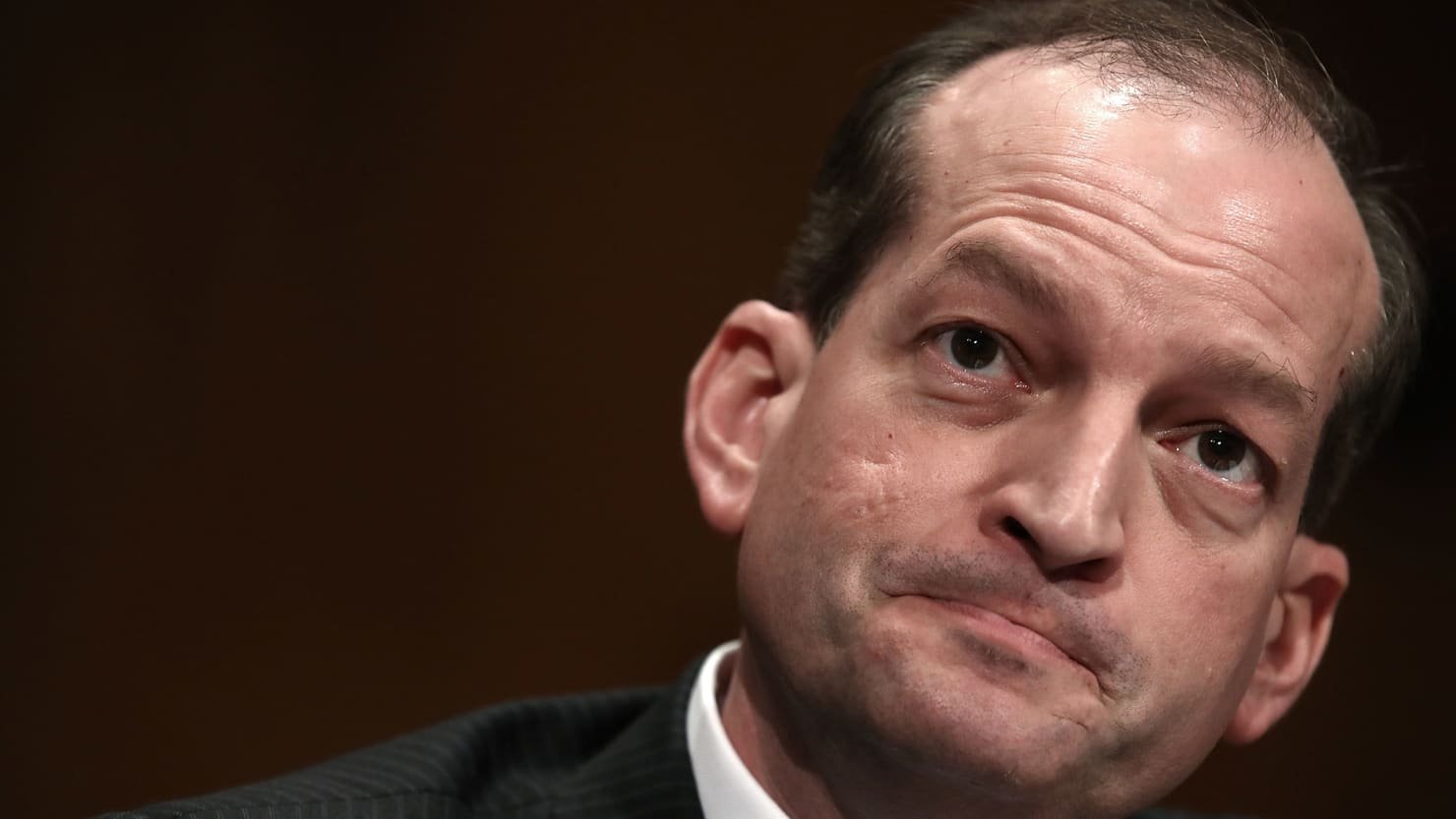 Epstein secured a favorable deal in 2008 during Acosta's tenure as U.S. attorney.

U.S. Secretary of Labor Alex Acosta has resigned after criticism of his handling of the Jeffrey Epstein case when he was South Florida’s U.S. Attorney reignited recently.

Speaking to reporters Friday, Acosta said he felt it was the right decision, and didn’t want to be as a distraction to the White House.

“We have an amazing economy,” Acosta said. “We have unemployment lower than we have seen literally in my lifetime. And the focus needs to be on this economy and on job creation.”

Acosta added he felt the media was focused on his handling of the Epstein case rather than the successes of the American economy.

“As I look forward, I do not think it is right and fair for this administration’s Labor Department to have Epstein as the focus rather than the incredible economy that we have today,” Acosta said.

Acosta said he called Trump Friday morning and informed him of his decision.

“I told him that I thought the right thing was to step aside. Cabinet positions are temporary trusts. It would be selfish for me to stay in this position and continue talking about a case that’s 12 years old rather than about the amazing economy we have right now.”

Epstein is now facing a pair of sex trafficking charges from a New York federal court that could see him spending decades in jail. Epstein is accused of recruiting teenage girls into giving him massages that eventually turned sexual.

Another reported victim came forward Wednesday morning, accusing Epstein of raping her when she was just 15 years old.

The newest charges, along with an investigation by the Miami Herald, point the spotlight on Acosta’s tenure as U.S. Attorney in the Southern District of Florida.

That office declined to pursue federal charges against Epstein and his alleged accomplices after similar accusations arose in the late 2000s.

Instead, Epstein faced far less stringent state-level charges. Though Epstein was forced to register as a sex offender, he spent just 13 months in jail. Most of that was on supervised release, where Epstein was allowed to leave during the day for work.

Federal prosecutors also agreed not to charge any potential co-conspirators accused of helping Epstein recruit the girls. In addition, none of the victims were informed of the non-prosecution agreement.

A judge recently found that prosecutors under Acosta broke the law in their handling of the case.

Trump had publicly voiced his support for Acosta in the past, despite reports he was considering dumping Acosta as the Secretary of Labor. Trump repeated that public support Friday.

“Alex Acosta was a great Secretary of Labor,” Trump said. “It’s very sad. But at the same time, he wants the focus to be on accomplishments, not on what you’re talking about.”

Acosta’s resignation will be effective in seven days. The Deputy Secretary of the Labor Department, Pat Pizzella, will take over and serve as Acting Secretary.

Acosta had addressed the criticism Wednesday afternoon, arguing his office “proceeded appropriately” regarding the case against Epstein. But many lawmakers had called for Acosta to resign.

nextNo. 6 on the list of Tampa Bay's Most Powerful Politicians: Kathy Castor