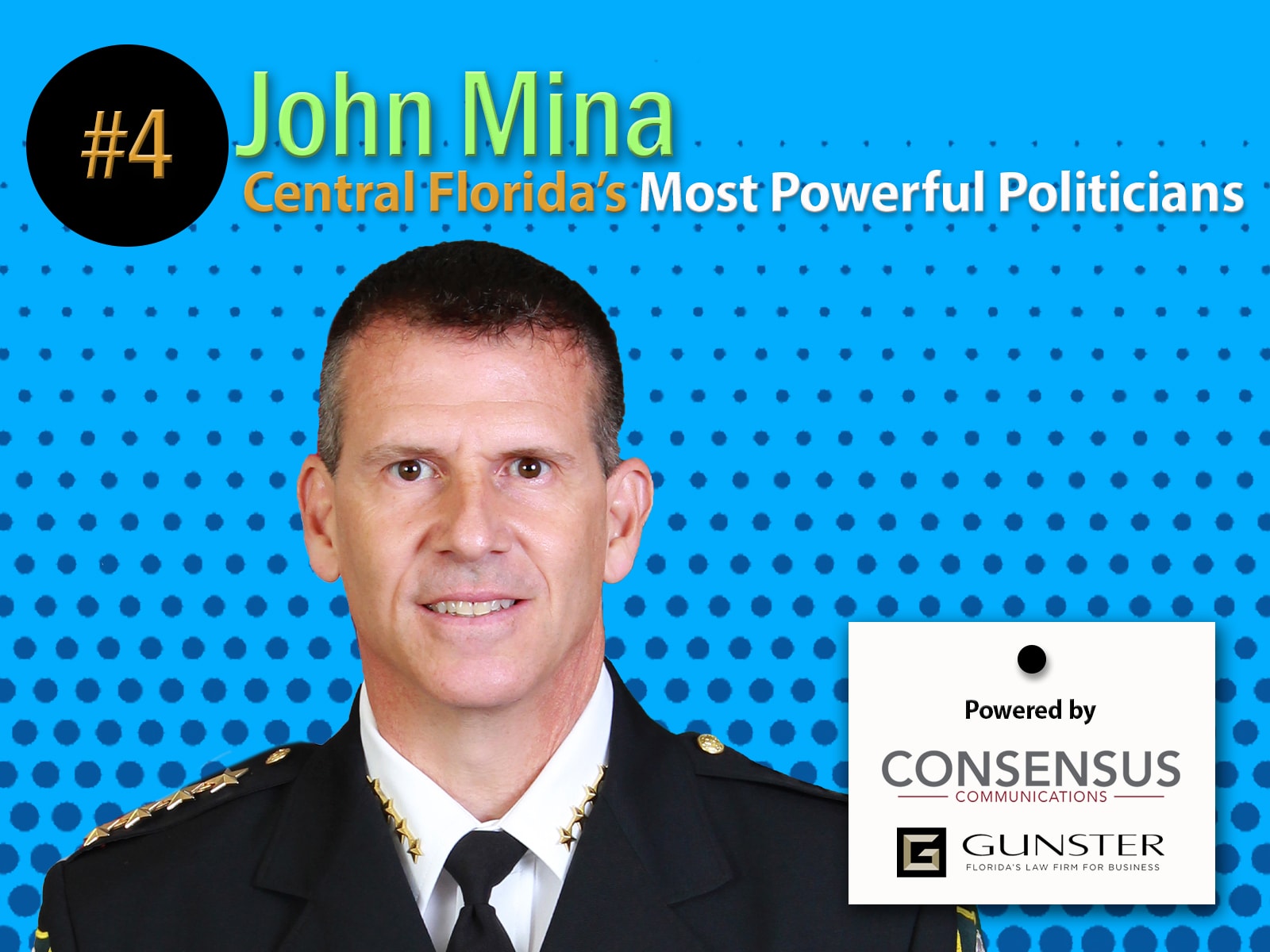 "I don't run away from the media. I take things head-on. I'm very accessible."

Orange County Sheriff John Mina still likes to think of himself as a street cop as he was for much of his 29 years in law enforcement, and every now and then he finds himself in a cruiser responding to an incident call.

But now as the elected Sheriff, the former Orlando Police Chief said he takes his public role very seriously, something that convinces the community that he’s open, accessible, and presumably, from there, accountable.

“From the community aspect, the biggest thing that I see is that people respond to is the access, the ability to be out in the community and take on some of the tough issues. I don’t really turn down any panels. I don’t run away from the media. I take things head-on. I’m very accessible,” Mina said.

And he expects much the same of his deputies, as a big part of community policing, having a presence in the community at times when there is not a law enforcement operation going down.

After seven months in office, Mina is rated the fourth most powerful elected official in the Florida Politics Central Florida 25 most Powerful Politicians survey.

“Unflappable, but approachable is how I would describe Orange County Sheriff John Mina,” said political consultant Tre’ Evers of Consensus Communications. “A career law enforcement officer who became Sheriff just last year, he is media savvy and inclusive. His commitment to keeping citizens safe while working to reach out to all corners of the county is just what we need at this critical time in law enforcement.”

The past few years have been difficult ones for Orange County law enforcement, with the tragic mass shooting at the Pulse nightclub, the horrific assassination-style slaying of Orlando Police Lt. Debra Clayton, other area officers’ deaths, the opioids addiction epidemic, and the public shock and fear resulting from the Parkland mass shooting. Mina has been in the thick of much of it.

After serving as a military police officer in the U.S. Army’s 82nd Airborne Division, he became an Orlando police officer in 1990 and steadily moved up the ranks, working patrol, criminal investigations, community policing, drug enforcement, and SWAT, becoming Police Chief in 2014.

And when he ran for Sheriff last year, he drew almost unanimous endorsements from those who had worked with him, area mayors, statewide police executives, and law enforcement unions. Republicans didn’t even bother to field a candidate against him.

He campaigned on pledges of community engagement, trust, and transparency, and on a record of decreasing overall and violent crime.

Mina succeeded his longtime partner in regional law enforcement, now former Sheriff Jerry Demings, who moved up to Orange County Mayor. The progression of successions, with Mina’s right-hand-man Orlando Rolón moving up to Orlando Police Chief, expressed community confidence and security in leadership in both law enforcement and political circles.

When Mina took office in December, the Orange County Sheriff’s Office still was 75 deputies short of providing deputies in every Orange County school, in response to the Feb. 14, 2017, mass shooting at Marjory Stoneman Douglas High School. By February Mina had full-time deputies assigned to every school.

Now Mina is seeking increased county funding for 52 more full-time deputies, training and equipment, though he’s doing so with Demings, his predecessor, in a key budget position now as Mayor.